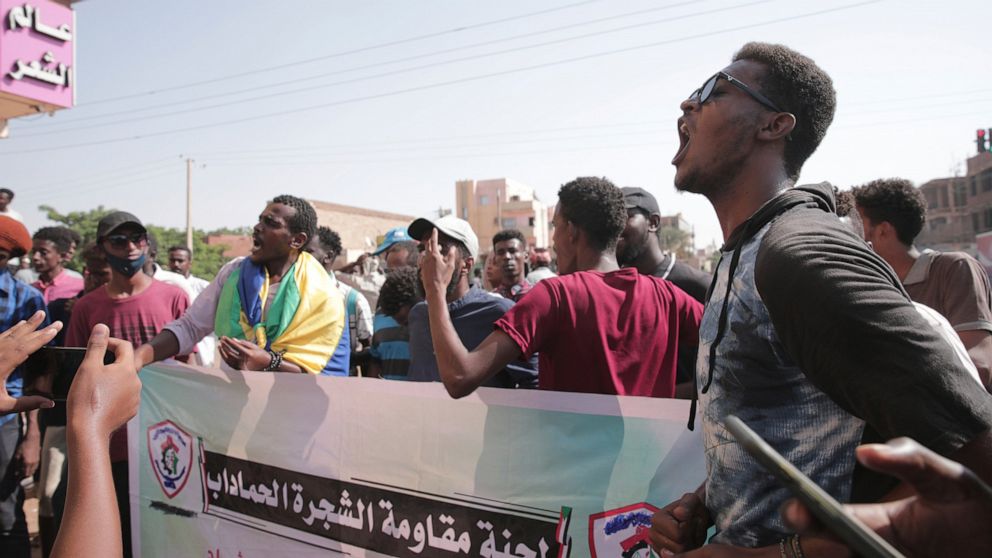 KHARTOUM, Sudan — Mohammed Abdel Sallam was shot in the chest not far from his home in Sudan’s capital, where his mother was waiting for him. He had gone out to protest after hearing that there had been a military coup, the country’s civilian leaders had been arrested and the government dissolved.

His brother carried him to a nearby hospital where he died from his injuries several days later, surrounded by family. He was 20 years old, and just one of more than a dozen protesters who have been killed since last week. More than 200 also have been injured.

On Oct. 25, the commander of Sudan’s Armed Forces Abdel Fattah Burhan initiated the coup, also seizing power of state news and cutting communications across the country. The grab has been widely condemned by the United States and the West, and came more than two years after a popular uprising ended years of isolation and repression under an autocrat leader.

The takeover that day was the reverse of Abdel Sallam’s aspirations for Sudan. Mido, as he was known to family and friends, had also taken part in the 2019 mass protest movement that led to the ouster of longtime ruler Omar al-Bashir. He spent months at a sit-in calling for democracy. His mother said he had felt compelled to take to the streets in dissent again.

“They chased them till they got here, right next the house here,” said Mahasen Abdullah Abuelgasim from her home where neighbors are still paying their condolences. “The person who shot him wanted to kill him.”

The ensuing protests have brought tens of thousands of people to the streets, chanting against the coup and calling on each other to remain nonviolent in their tactics. They have faced beatings, rubber bullets and live ammunition fired by security forces, according to activists. Sudan’s interior ministry has repeatedly denied firing on peaceful protesters, and said that some of its forces have also been injured by gunfire.

On the same day that Abdel Sallam was shot, three other protesters were also killed. In total, a doctors’ union affiliated with the Sudanese Professionals’ Association, the major force behind the 2019 protests, said that some 15 people have died after being shot by security forces during demonstrations. More than 280 others have been injured.

At first, Abuelgasim says she was scared for her other children to continue protesting while her son was dying in the hospital, but that feeling quickly dissipated when he died. Now, she wants to protest as well.

Anwar Abdel Sallam, Mido’s older brother, carried him bleeding to the hospital. He has promised to carry on until the country is as his little brother would have wanted.

“Those who died before us, we are not more precious than them,” he said.