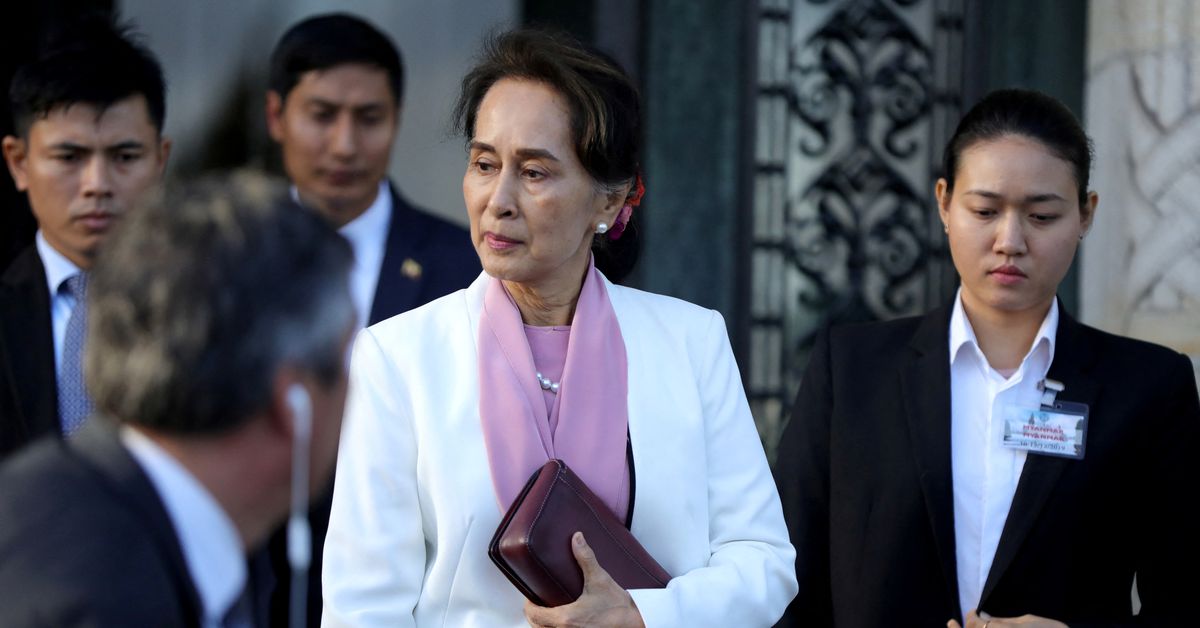 Jan 14 (Reuters) – Five more corruption cases against Myanmar’s former leader Aung San Suu Kyi have been taken on by a court in the military-ruled country, the latest in a string of cases brought against her since she was overthrown in a coup last year.

Nobel laureate Suu Kyi, 76, is on trial in more than a dozen cases that carry combined maximum sentences of more than 100 years in prison. She has been sentenced to a total of six years in detention so far and denies all charges.

The following is a summary of the sentences and cases against Suu Kyi, based on information available to Reuters:

– Intent to incite, after her party sent a letter in February to international organisations asking them not to recognise the military government (Penal Code, Article 505[b]). Sentenced to two years in prison in Dec. 6, 2021.

– Breaches of coronavirus regulations during her party’s election campaigning in September 2020 (Natural Disaster Management Law, Article 25). Sentenced to two years in prison Jan. 10, 2022, after a two-year sentence in December 2021 on a similar charge.

– Possession in February of unlicensed walkie-talkies and a set of signal jammers (Export and Import Law, Article 8). One case, maximum 3 years in prison. (Telecommunications Law, Article 67). Sentenced on Jan. 10 to two years and one year in jail, respectively, on the charges. The sentences are to be served concurrently.

– Obtaining, collecting, recording, or publishing or communicating secret information that could be useful to an enemy (Official Secrets Act). One case, maximum 14 years in prison.

* Misuse of state funds for lease of a helicopter.