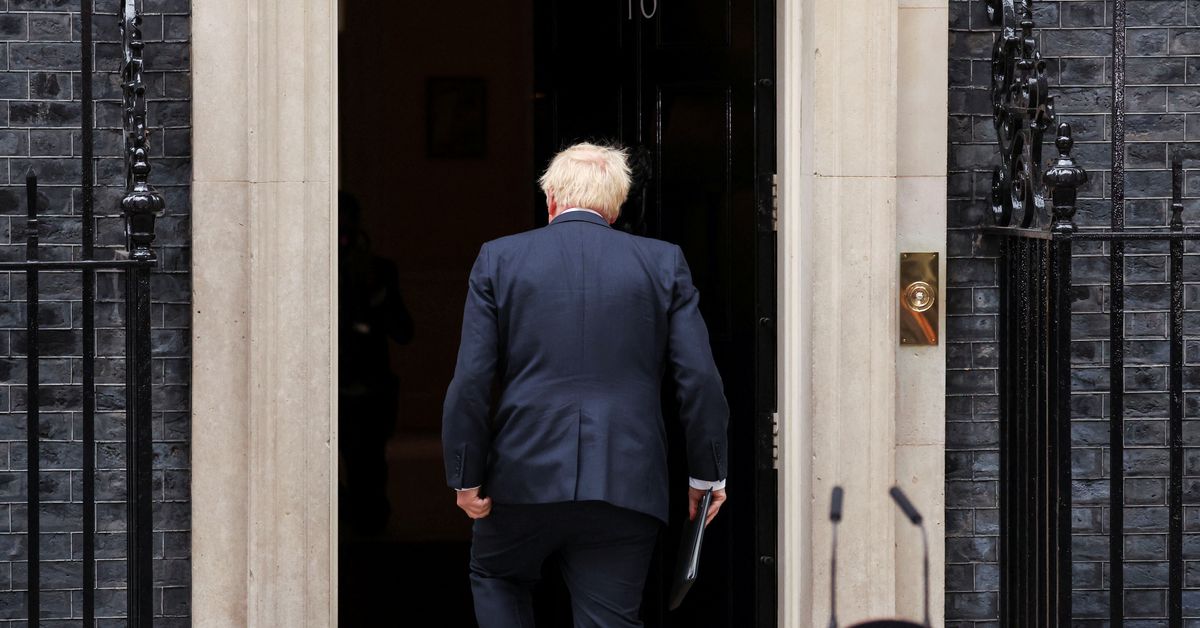 Below is how a process to find Johnson’s successor will work:

– Candidates putting themselves forward for the leadership, and there could be many, must be nominated by two other Conservative lawmakers.

– Conservative lawmakers then hold several rounds of votes to whittle down the field. Each time they are asked to vote for their favoured candidate in a secret ballot, and the person with the fewest votes is eliminated.

– This process is repeated until there are two candidates remaining. Votes previously have been held every Tuesday and Thursday but parliament is due to break for its six-week summer recess on July 21 so the process may have to be accelerated.

– The final two candidates are then put to a postal ballot of the wider Conservative Party membership, with the winner named the new leader.

– The leader of the party with a majority in the House of Commons is the de facto prime minister. He or she does not have to call a snap election, but has the power to do so.

HOW LONG WILL IT ALL TAKE?

The duration of the leadership contest can vary, depending on how many people put themselves forward. Theresa May became leader less than three weeks after David Cameron resigned in 2016 and all other contenders dropped out mid-race.

Johnson faced former health minister Jeremy Hunt in the run-off ballot of Conservative members to replace May in 2019, and took office two months after May announced her intention to resign.

Speaking outside Downing Street, Johnson said he would remain in office until a new prime minister is elected, but some Conservative members of parliament want Johnson to be replaced immediately. read more