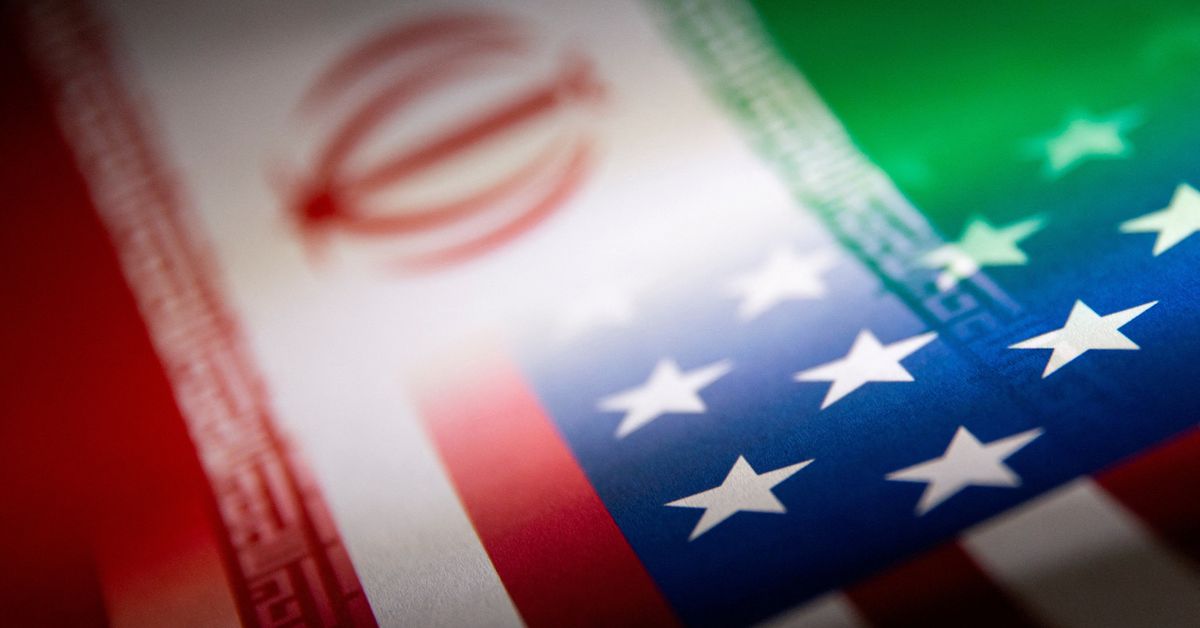 Iran and U.S. flags are seen printed on paper in this illustration taken January 27, 2022. REUTERS/Dado Ruvic/Illustration

WASHINGTON, June 30 (Reuters) – The chances of reviving the 2015 Iran nuclear deal are worse after indirect U.S.-Iranian talks in Doha that ended without progress, a senior U.S. official told Reuters on Thursday.

“The prospects for a deal after Doha are worse than they were before Doha and they will be getting worse by the day,” said the official on condition of anonymity.

The official would not go into the details of the Doha talks, during which European Union officials shuttled between the two sides trying to revive the 2015 Joint Comprehensive Plan of Action (JCPOA) agreement under which Iran had limited its nuclear program in return for relief from economic sanctions.

Then U.S. President Donald Trump reneged on the agreement in 2018 and restored harsh U.S. sanctions on Iran, prompting Tehran to start violating its nuclear restrictions about a year later.

“Their vague demands, reopening of settled issues, and requests clearly unrelated to the JCPOA all suggests to us … that the real discussion that has to take place is (not) between Iran and the U.S. to resolve remaining differences. It is between Iran and Iran to resolve the fundamental question about whether they are interested in a mutual return to the JCPOA,” the senior U.S. official said.

“At this point, we are not sure if they (the Iranians) know what more they want. They didn’t come to Doha with many specifics,” he added. “Most of what they raised they either knew – or should have known – was outside the scope of the JCPOA and thus completely unsellable to us and to the Europeans, or were issues that had been thoroughly debated and resolved in Vienna and that we were clearly not going to reopen.”

Speaking at the U.N. Security Council, U.S., British and French diplomats all placed the onus on Iran for the failure to revive the agreement after more than a year of negotiations. read more

Iran, however, characterized the Doha talks as positive and blamed the United States for failing to provide guarantees that a new U.S. administration would not again abandon the deal as Trump had done.

“Iran has demanded verifiable and objective guarantees from the U.S. that JCPOA will not be torpedoed again, that the U.S. will not violate its obligations again, and that sanctions will not be re-imposed under other pretexts or designations,” Iran’s U.N. Ambassador Majid Takht Ravanchi told the council.

The senior U.S. official said Washington had made clear since the talks began in April 2021 that it could not give Iran legal guarantees that a future U.S. administration would stick to the deal.

“We said there is no legal way we can bind a future administration, and so we looked for other ways to give some form of comfort to Iran and … we – along with all of the other P5+1 (nations) and the EU coordinator – thought that file had been closed,” the senior U.S. official added.

Iran struck the original deal with Britain, China, France, Russia, the United States and Germany, a group called the P5+1.

U.S. and Iranian officials said that the ball was in the other’s court.

The senior U.S. official disputed Tehran’s argument that Washington was to blame for the lack of progress, saying the United States had responded positively to proposed EU changes to the draft text of an agreement reached during wider talks in March while Iran had failed to respond to those proposals.

If the deal is not revived, he said “the Iranian leadership would need to explain why it turned its back on the benefits of the deal for the sake of issues that wouldn’t make a positive difference in the life of a single ordinary Iranian.”

The U.S. official did not detail those issues. Restoring the deal would allow Iran to legally export its oil – the life blood of its economy.