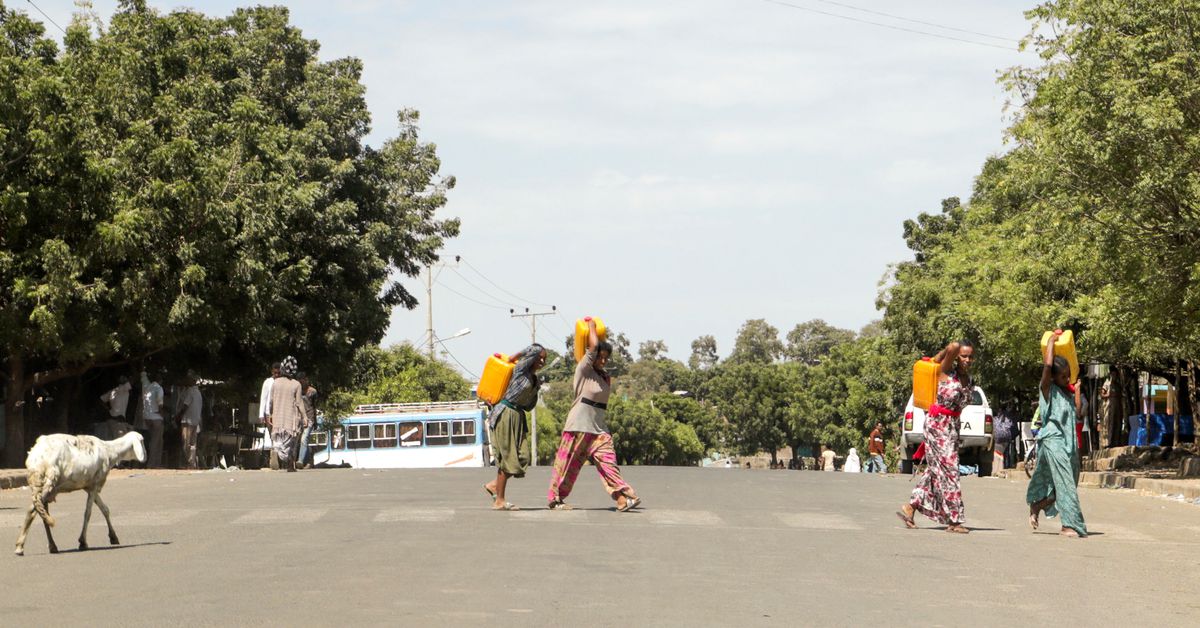 OSLO, Jan 13 (Reuters) – The committee that awards the Nobel Peace Prize appealed on Thursday to Ethiopian Prime Minister Abiy Ahmed, who won the award in 2019, to halt the conflict unfolding in the country’s northern region of Tigray.

In a rare critique of a former laureate, the Norwegian Nobel committee said Abiy bore special responsibility for bringing to an end the fighting that broke out in late 2020.

The committee generally refrains from commenting the actions of Nobel prize winners after they have won the award. An exception has been Abiy, with the committee having previously expressed its “deep concern” about the conflict.

Thousands of civilians have since been killed and millions displaced in Africa’s second most populous nation, with hundreds of thousands facing famine-like conditions. The U.N. has accused the government of operating a de facto blockade of humanitarian aid to the region – an accusation the government denies.

In the past week, air strikes killed at least 73 civilians in Tigray, aid workers said.

“The humanitarian situation is dire and it’s unacceptable that humanitarian aid is not getting through in a sufficient manner,” Nobel committee Chair Berit Reiss-Andersen said in a statement. “As prime minister and peace prize laureate Abiy Ahmed has a special responsibility to end the conflict and contribute to making peace.” .

The government has previously denied targeting civilians in the 14-month-old conflict, which pits Abiy’s federal forces and their regional allies, backed by Eritrea, against rebellious forces of the Tigray People’s Liberation Front (TPLF).

Billene Seyoum, Abiy’s spokesperson, said Abiy had taken up the responsibility of stopping the TPLF, which parliament had designated as a terrorist group.

“The Prime Minister has indeed taken up this “special responsibility” of ending the conflict waged on the State by TPLF and has been engaged in putting an end not only to the past year’s conflict but the destabilising activities of the TPLF,” she told Reuters.

Abiy won the Nobel Prize a year after taking office for resolving two decades of hostility with neighbouring Eritrea – also an archenemy of the TPLF, which dominated Ethiopia’s government until Abiy came to power.

Both sides blame each other for the current conflict. The TPLF accuses Abiy of centralising power at the expense of the regions, which he denies, while Abiy accuses the TPLF of seeking to return to power at the national level, which it rejects.