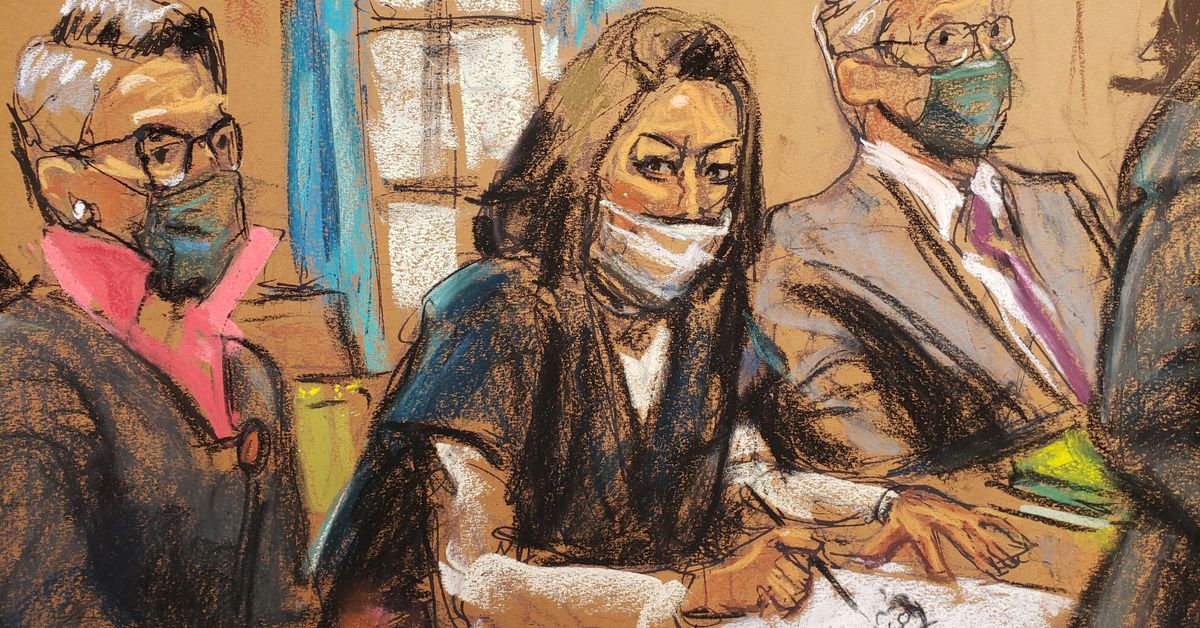 NEW YORK, Nov 4 (Reuters) – It has been two years since Jeffrey Epstein hanged himself in a Manhattan jail cell, but the publicity surrounding the deceased financier will make it tough to find an unbiased jury for former girlfriend Ghislaine Maxwell‘s upcoming sex abuse trial, according to legal experts.

Prospective jurors on Thursday will begin filling out a 24-page questionnaire in federal court in Manhattan to assess whether they can fairly judge Maxwell, a British socialite who U.S. prosecutors say recruited and groomed underage girls for Epstein to abuse.

Epstein, a well-connected money manager who once counted Britain’s Prince Andrew and billionaire Leon Black among his associates, died by suicide in a Manhattan jail in 2019 following his arrest on sex trafficking charges.

Maxwell’s lawyers have said “intense negative media coverage” of Maxwell and Epstein, including podcasts and documentaries on Netflix and other platforms, have tainted the jury pool for her trial, which is expected to start on Nov. 29.

“Epstein is going to be such a huge figure in this trial, and there are so many preconceived notions about Epstein, that it’s going to be difficult for the defense to get people who can come in as a blank slate,” said Roy Futterman, a director at trial consulting firm DOAR in New York.

Prosecutors say that Maxwell, 59, recruited and groomed four underage girls for Epstein to abuse from 1994 to 2004.

Maxwell, who has pleaded not guilty to the charges, is the highest-profile woman to be tried on sexual abuse charges since the start of the #MeToo movement.

Her lawyers have said this has fueled the “vitriolic” coverage about Maxwell since her July 2020 arrest.

“The fact that a woman now stands trial for charges almost exclusively alleged against men heightens the interest and intrigue of this case,” they wrote in a court filing.

The questionnaire that around 600 prospective jurors will complete asks what they have read or heard about Epstein and Maxwell, and about their own experiences with sexual abuse or assault.

Some individuals will be called back beginning Nov. 16 for individual follow-up questioning by U.S. District Judge Alison Nathan, who is presiding over the trial.

Jury consultants said that should make prospective jurors more comfortable discussing sensitive personal topics, and help lawyers weed out people who have preconceived notions about Maxwell’s guilt. When the process is complete, there will be a jury of 12 plus six alternates.

While many potential jurors will be familiar with the case, those who learned about it from news sources rather than entertainment offerings might be seen as less biased, said Christina Marinakis, director for jury research at Litigation Insights in Baltimore.

The questionnaire asks whether potential jurors have discussed the case on social media. Marinakis said both the prosecution and the defense will likely review their online posts to be sure.

For the defense, one challenge is that jurors familiar with Epstein may hold Maxwell to a higher standard because she is a woman, and because many of Epstein’s alleged victims were underage, said Melissa Gomez, president of MMG Jury Consulting in Philadelphia. Jurors with a negative view of Epstein may believe Maxwell had a special obligation to protect girls from him.

“It’s not solely going to be whether she actively participated, but, as a woman, did she fail to protect these other women?” Gomez said.

The defense might seek to seat men who view Maxwell’s accusers as willing participants in sexual activity with Epstein, rather than as victims, said Paul Applebaum, a criminal defense attorney in St. Paul, Minnesota.

“You want men on the jury who are still cavemen,” he said.