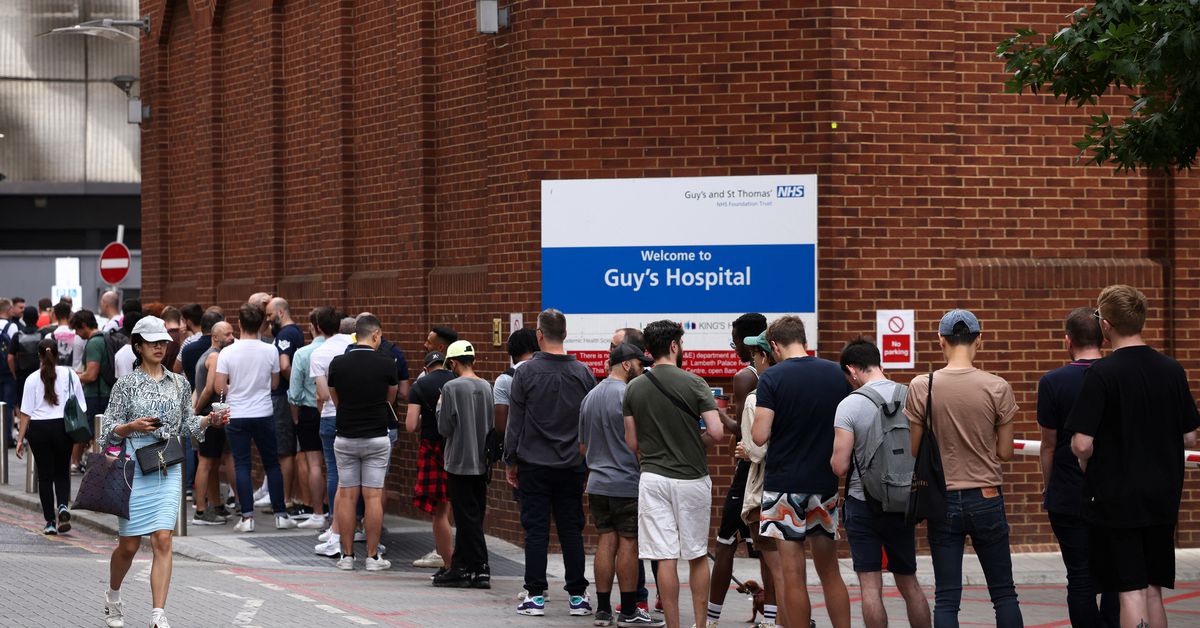 Aug 5 (Reuters) – The UK Health Security Agency (UKHSA) said on Friday there were “early signs” that the monkeypox outbreak is plateauing across the country and that its expansion has slowed.

“While the most recent data suggests the growth of the outbreak has slowed, we cannot be complacent,” Dr Meera Chand, director of clinical and emerging infections at UKHSA, said.

There were 2,859 confirmed and highly probable cases of monkeypox in the UK as of Aug. 4, with nearly 99% of the cases among men, the country’s health authority said in a statement.

The recent analysis by the UKHSA showed that “monkeypox continues to be transmitted primarily in interconnected sexual networks of gay, bisexual, or other men who have sex with men”, it added.

British authorities in June were recommending gay and bisexual men at higher risk of exposure to monkeypox be offered a vaccine, as the outbreak of the viral disease had gathered pace, mostly in Europe. read more

Individuals at higher risk of coming into contact with monkeypox are being offered the smallpox vaccine, Dr Chand said.

Reporting by Anirudh Saligrama in Bengaluru; Editing by Jan Harvey