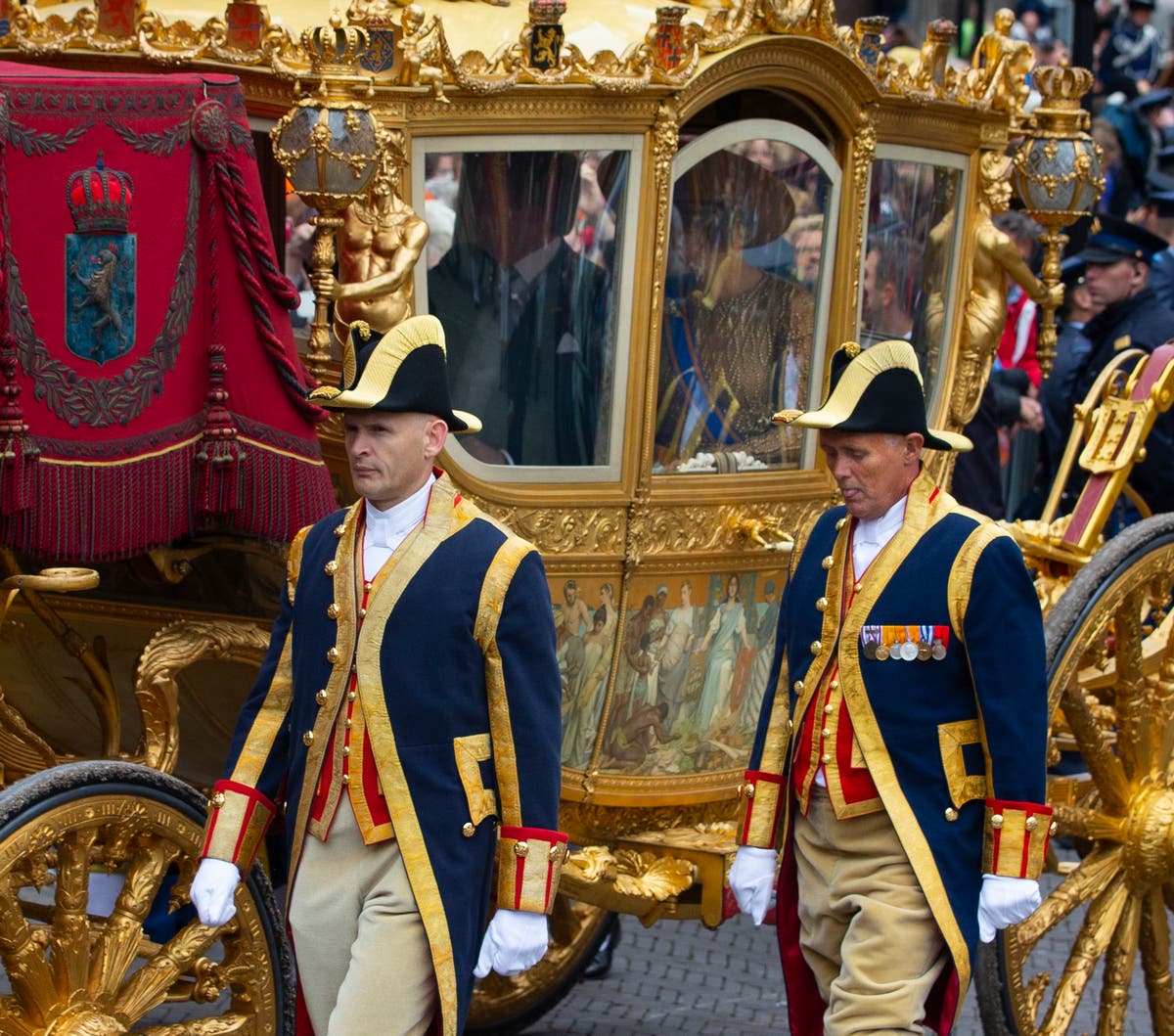 A golden carriage owned by the Dutch royal family will not be used in the immediate future due to a backlash over its colonial symbolism, the country’s king has said.

In a video message, King Willem-Alexander announced that the vehicle, known as De Gouden Koets, which has traditionally been used to transport monarchs to the annual opening of parliament in The Hague, will not be driven until the country “is ready”.

The controversy concerns a painting on a coach panel called Tribute from the Colonies, in which colonial subjects offer goods to a woman, who symbolises the Netherlands. To her side, a man offers a boy a book, which the work’s painter, Nicolaas van der Waay, said represented the gift of “civilisation”.

“The Golden Carriage will only be able to drive again when the Netherlands is ready, and that is not the case now,” the king said this week.

However, he suggested that the furore over the carriage – currently being displayed in an Amsterdam museum after extensive restoration – was misguided.

“There is no point in condemning and disqualifying what has happened through the lens of our time,” he claimed.

“Simply banning historical objects and symbols is certainly not a solution either. Instead, a concerted effort is needed that goes deeper and takes longer. An effort that unites us instead of divides us.”

Although anti-racism campaigners welcomed the king’s remarks as “a good sign”, they criticised him for not going further, describing his statement as “the bare minimum”.

Mitchell Esajas, who co-founded the Black Archives in Amsterdam, said the monarch’s comments about the past were a “fallacy”, arguing that “in the historical context slavery can be seen as a crime against humanity and a violent system”.

The king’s decision comes at a time of increased national introspection over the Dutch occupation of countries including Indonesia and West Papua.

As part of this reflection, Femke Halsema, the mayor of Amsterdam, recently apologised for the significant role the city’s former governors had played in the slave trade.

The politician said she wanted to “engrave the great injustice of colonial slavery into our city’s identity”.

The long-time Dutch prime minister Mark Rutte rejected this approach, saying in the summer of 2020 that he would not apologise for past crimes.

“The victims and the perpetrators no longer live,” he said.