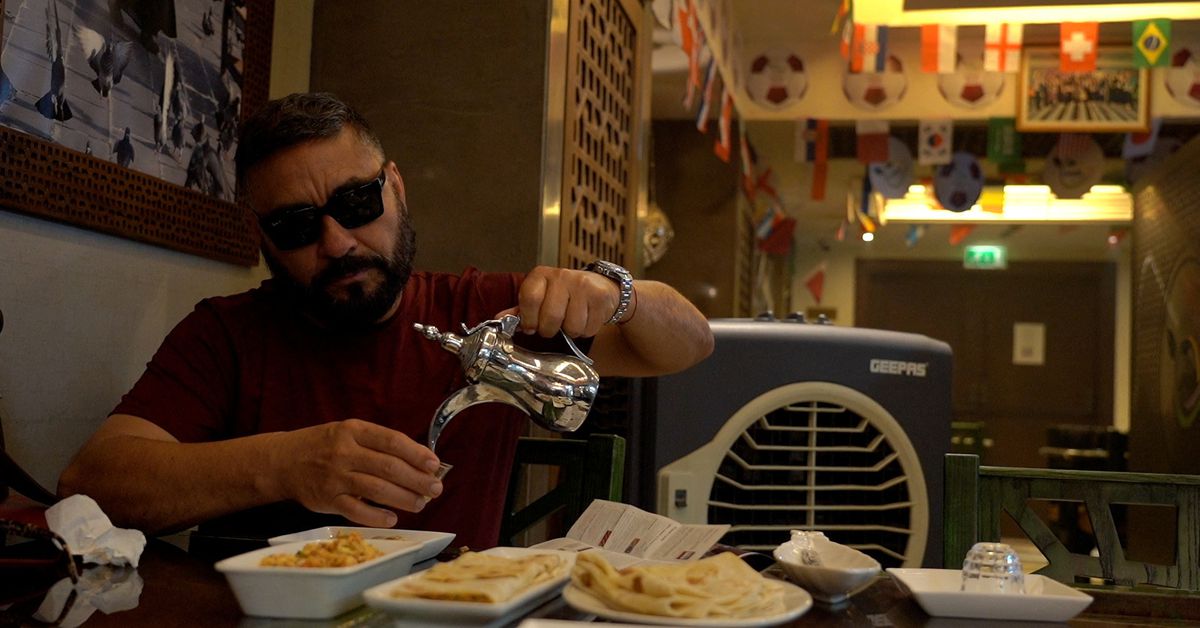 DOHA, Nov 24 (Reuters) – A hummus recipe and cashier countertop are the only surviving elements of the original ‘Beirut’ restaurant, which opened its doors in Qatar in 1960 and has since tracked the capital Doha’s metamorphosis from dusty outpost to hosting soccer’s World Cup.

Jihad Shahin’s uncle opened the Lebanese restaurant in the old commercial district of Msheireb but the building that housed it was razed under a development project that produced one of Doha’s most modern areas, brimming with hip coffee shops and lunch spots serving high-powered executives.

The ‘Beirut’ eatery relocated to the more affordable Ben Mahmood neighbourhood in 2010, the year that the Gulf Arab gas producer was awarded rights to host soccer’s biggest global event that kicked off on Sunday.

“Doha changed so much – more than 360 degrees. It was so small at first, like virgin territory. Now look at it,” said Shahin, 55, as he happily watched soccer fans dining at the fast food restaurant he runs with his sons and nephews.

The only thing that’s constant, he said, is the recipe for their popular hummus.

The eatery used to close at 8:30 pm (1730 GMT) after the last diners had polished off plates of creamy hummus or fava beans, but now, he said, they can only break for three hours a day.

Clients include breakfasting Qataris, construction and security guards off overnight shifts and, this week, tourists in soccer jerseys descending on the country, where foreigners, mostly migrant workers, form the bulk of the 3 million population.

Doha’s selection to host the World Cup kicked off a phase of accelerated development that brought new multi-lane highways, a sleek metro system and large enterprises ranging from university campuses to hotels and tech hubs – and their employees.

Around the corner from Beirut restaurant is northern Indian restaurant Gokul Gujarati, which moved from its original Msheireb location a few years later.

“They were building the underground train literally underneath the old restaurant and the Msheireb station right across the street, so we moved here,” said Ajay Joshi, whose father opened the restaurant in 2012.

The staff, all from the same district in northern India, serve up traditional fare including rotis, thick and spicy vegetarian stews and an array of homemade sugar-free desserts.

Its first location had two tables but the new spot has 10, catering to the expanded base of migrant workers now in Doha.

Since it is located at a distance from any stadiums or accommodation housing tourists, the first week of the World Cup’s group stage did not bring an influx of newcomers, said Joshi. “We’re doing our own niche thing,” he said.

Soccer fans were, however, flocking to the more centrally-located Shay al-Shamous – a traditional Qatari breakfast spot in Souq Waqif, where fishmongers and other traders sold their wares several centuries ago and which was rehabilitated in the early 2000s.

Soccer legend David Beckham is featured in a photograph on the restaurant’s walls standing next to owner Shams al-Qassabi, hailed as Qatar’s first-ever female restaurateur.

Qassabi, who never learned to read and does not know what year she was born, opened her restaurant in 2004 with six seats – and now serves more than 200 at a time.

“I wanted to show people what is Qatar, what is Qatar’s culture, from the norms and traditions of Qatar to Qatari food – specifically home cooking, not restaurant food,” she told Reuters.

While she loves tradition, Qassabi has also bucked it: she pushed against the prevailing conservative custom that only male-run businesses operated in Souq Waqif – establishing one of its most popular destinations.

That too, she said, was a sign Doha had changed.

“There are a lot more Qatari women who have restaurants now,” she said proudly.