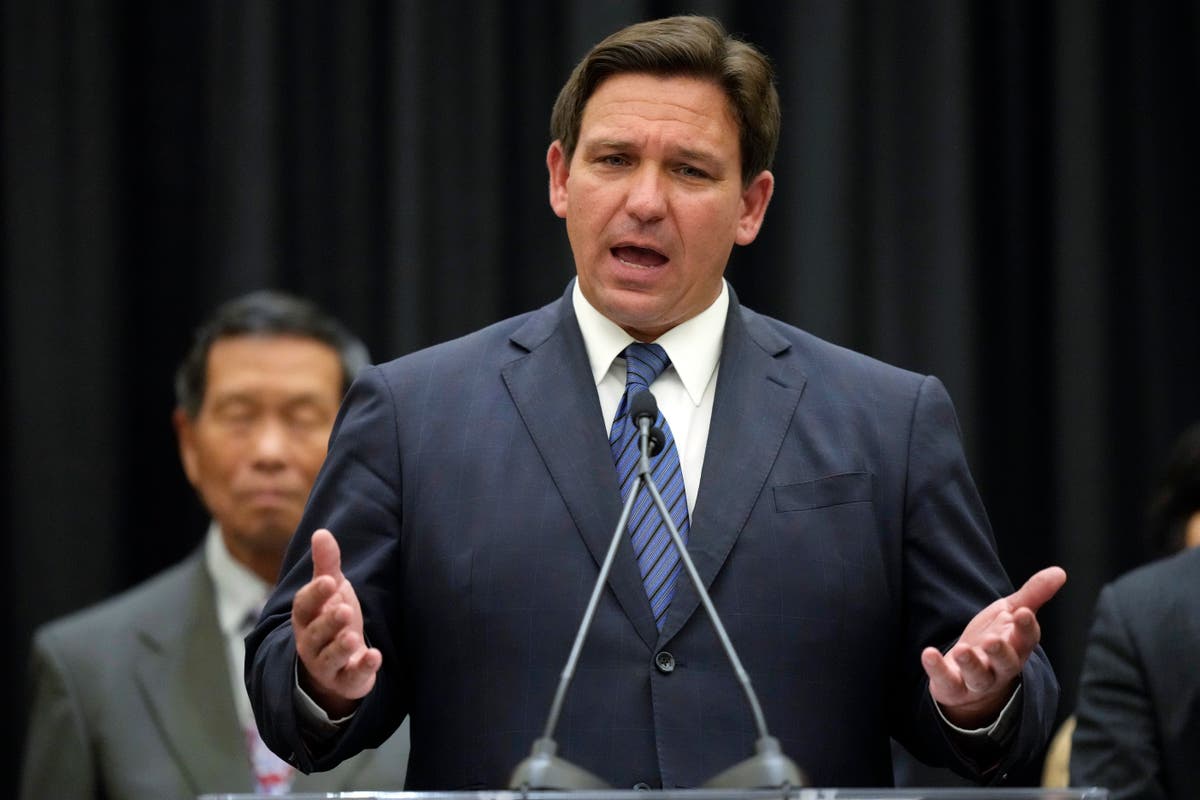 Florida Governor Ron DeSantis said during a recent speech that no one had considered abolishing slavery until the American Revolution.

On Tuesday, Mr DeSantis shared a video to his Twitter account of him giving a speech about “critical race theory” and the teaching of the US’s history with slavery in schools. During his speech he claimed the abolition movement was birthed from the American Revolution.

“It was the American Revolution that caused people to question slavery. No one had questioned it before we decided as Americans that we are endowed by our creator with unalienable rights,” he said.

However, in Colonial America, German Quakers and some evangelical Christians were championing abolition almost a century before the American Revolution took place. While movement to ban the international slave trade did start shortly after the revolution — and was banned in 1808 — slavery would continue in the nation until the Civil War 60 years later.

By the time of the American Revolution there was already a sizeable abolition movement in the British Empire, again led primarily by religious movements.

A gracious reading of Mr DeSantis’s words could allow him credit on one point; the state of Vermont was the first sovereign state to ban slavery in 1777.

Mr DeSantis’s claim seems to fall in line with his “civics excellence” initiative. According to a report by the Tampa Bay Times, educators in Florida were disturbed after attending conferences in which facilitators reportedly tried to downplay the US’s role in the international slave trade.

According to the teachers who spoke to the Tampa Bay Times, it appeared there was an effort to argue that the US was far less involved in slavery than other countries. That is true, but only because the US had only come into existence as a nation at a time when abolition movements were already gaining steam.

The teachers also said they were shown slides claiming both George Washington and Thomas Jefferson wanted to end slavery without noting that both men were slave owners themselves.