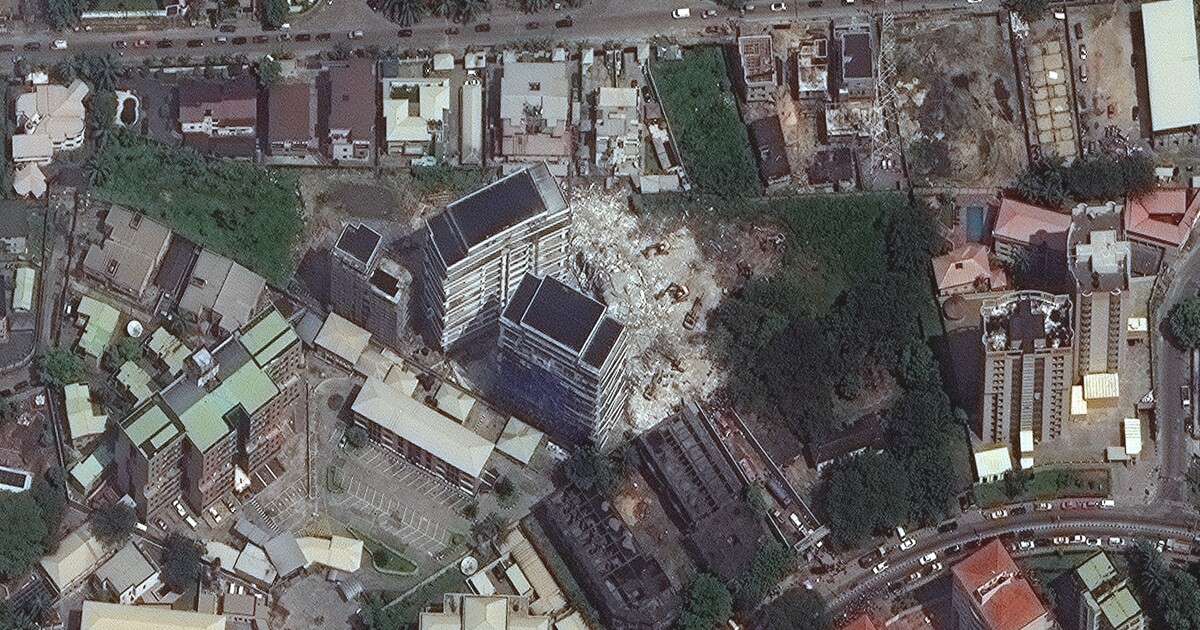 The number of bodies recovered from a collapsed high-rise apartment building in Nigeria’s most populous city has risen to 36, an emergency official said Thursday.

Ibrahim Farinloye of Nigeria’s National Emergency Management Agency told the Associated Press that 15 more bodies had been recovered from the site in Lagos since Wednesday afternoon.

As the rescue effort entered its fourth day Thursday, hopes started to grow dim for dozens of families and residents who lined up at the entrance of the premises and begged to join the rescue effort, ignoring warnings by gun-wielding soldiers that they should stay away from the scene.

“They couldn’t allow me to check whether my son is alive or dead,” said Abel Godwin, who traveled about 450 miles from the nation’s capital, Abuja, to check the hospital where victims were being treated. He had come in search of his 18-year-old son, who had been employed at the site.

No survivors have been rescued from the pile of debris since Tuesday, with nine of those brought out alive earlier in stable condition.

The 21-story luxury apartment building that was being built toppled Monday while construction workers were on the site, some of whom were artisans who started work that day.

Segun Akande of the Nigerian Red Cross told the AP that, though rescue efforts continue, chances were “very, very slim” that survivors remain.

When the building collapsed, it took about three hours for officials to launch the rescue effort. That angered families and residents, who further complained that the search for survivors was not fast enough, despite the use of four excavators, life-detecting tools, water and oxygen. Rescue workers are fatigued.

The governor of Lagos has given an independent panel 30 days to unravel the cause of the accident and determine whether the project developers had fully complied with building laws. The six-member panel is also to examine whether there were any lapses by state regulators in overseeing the project.

“We feel a lot of concerns of family members. People are indeed upset,” Gov. Babajide Sanwo-Olu told those present at the site Wednesday. “I can assure you we are doing everything,” he said, promising that criminal charges would be filed against anyone indicted in the disaster.

Building collapses in Nigeria are frequent, including in Lagos, which recorded four such accidents last year, resulting in five casualties, including three children. Authorities continued to face immense pressure over the latest incident amid accusations that they failed to heed previous warnings and adopt past recommendations.

“I think there is only one material testing laboratory in Lagos today. Recommendations were made over 10 years ago. Let’s have other certified laboratory testing places,” said David Majekodunmi, chairman of the Lagos chapter of the Nigerian Institute of Architects.