Czech doctors and nurses allowed to keep working even if they have Covid, government says 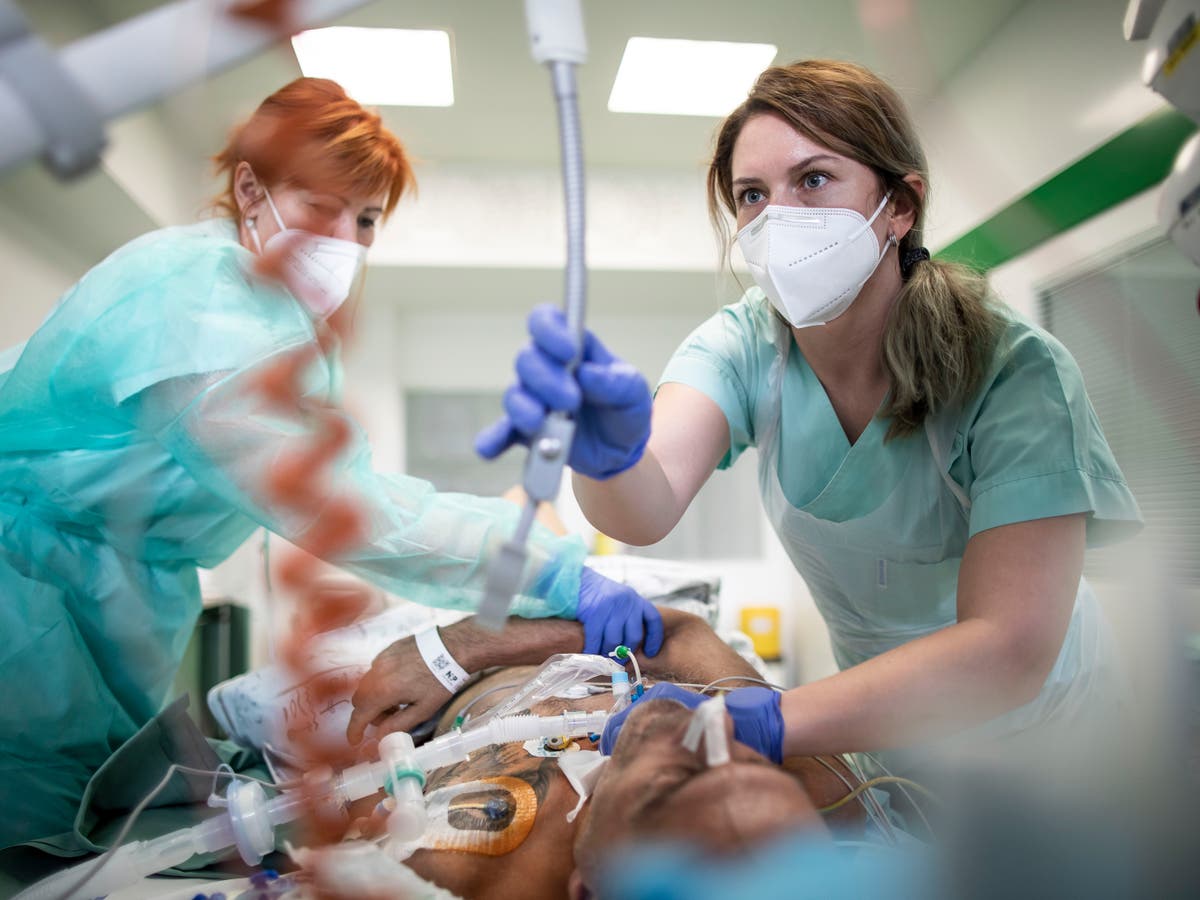 Doctors and nurses in the Czech Republic who are infected with Covid-19 will be allowed to keep working, the health ministry said on Friday.

The rule will apply to all essential healthcare workers and social service personnel who test positive but do not show symptoms.

The plan is less ambitious than previously signalled by the government, which had said it was considering including emergency services, police and energy industry workers in the terms.

The move by the Czech Republic was the latest easing of restrictions in Europe, where countries are looking for ways to keep services running as the Omicron variant drives a rise in cases, but with less damaging consequences for the infected.

Vlastimil Valek, the heath minister, said the government hoped to manage the new infections, which has already raised new daily cases in the past few days to over 10,000.

Those who are infected but are required to keep working will only be allowed to go from home to the workplace and back.

Mr Valek said they will wear face masks and eat in separate rooms, adding he only expected a few hundred workers to qualify under the new rules, to be applied only when the situation required it.

“The measures will be set in a way to ensure there is zero risk of infecting the working collective,” he said.

The government has already ordered testing at schools and from Monday workers will have to test twice a week.

The number of people in hospitals with the virus has been dropping, to 1,912 as of Thursday, according to health ministry data.

Mr Valek reiterated the government strategy was to slow the spread of Omicron through the population and avoid overwhelming hospitals.

New infections in the Czech Republic had been declining since a record high in late November, but started increasing again last week. Omicron is now the dominant variant in the country.

The Czech Republic has reported almost 2.6 million cases so far, a huge figure for a country of around 10.7 million people.