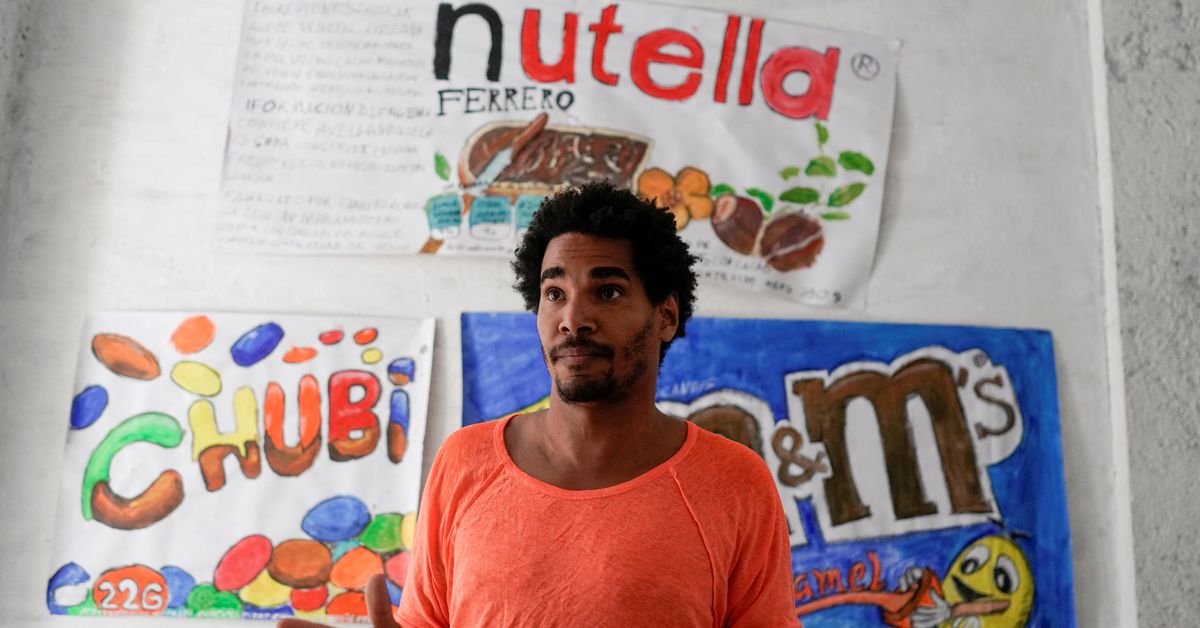 HAVANA, May 24 (Reuters) – Cuban dissident leader Luis Manuel Otero Alcantara is slated to stand trial in a Cuban court at the end of May, activists said on social media this week, in a case that has attracted the attention of human rights groups who allege he and others have been unfairly detained and should be freed.

Cuban authorities have held Otero Alcántara, leader of the San Isidro Movement artist collective and dissident group, in preventative prison for nearly a year on charges including defamation of public institutions and national symbols, contempt and public disorder, according to court documents from March 8 viewed by Reuters.

Activist Anamely Ramos said on social media that Otero Alcantara and fellow dissident Maykel Castillo face as many as seven and 10 years of prison, respectively, in the upcoming trials. She also confirmed the court dates.

“They have set a date for the trial of Luis and Maykel, May 30 and 31. The lawyers received the notification,” Ramos said on Facebook.

Otero Alcantara, in what appeared to be a recorded voice message posted late on Monday on the social media platform by Cuban activist Claudia Genlui, said he would continue “to stake his bet on freedom.”

“During all these months, the regime has offered me exile outside of Cuba as the only way out of prison, otherwise I have to serve seven years in prison,” Otero Alcántara said in the message.

The Cuban government did not immediately reply to a request for comment on the trials or Otero Alcantara’s statements.

The cases of the two men have become a rallying cry for activists and human rights groups, who allege the communist-run government has ramped up repression in the wake of widespread protests on July 11 last year, believed to be the largest anti-government rallies since Fidel Castro’s 1959 revolution.

Otero Alcantara was detained on the morning of July 11, while Castillo was detained two months earlier, in May 2021.

The government has said those detained before and after the July 11 protests have received fair trials, in accordance with Cuban law.

Human Rights Watch called the upcoming trials of Otero Alcantara and Castillo a “farce” on social media, while Amnesty International called them a “circus.”

“The judicial circus against prisoners of conscience Maykel ‘Osorbo’ and Luis Manuel Otero Alcantara is announced for May 30,” said Erika Guevara, Americas director of Amnesty International, on Twitter. “We demand their immediate release.”