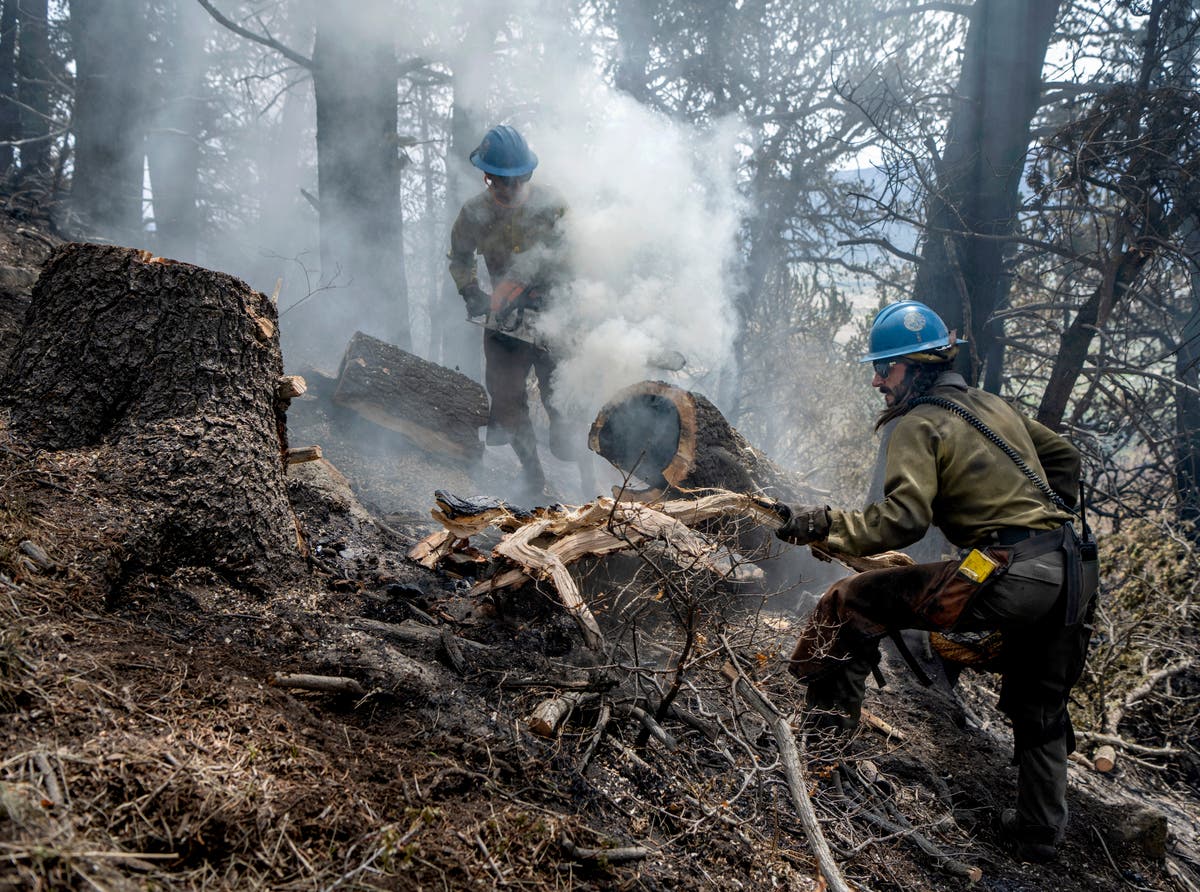 Warnings of critical fire conditions blanketed much of the U.S. Southwest on Saturday as crews in northern New Mexico worked to stop the growth of the nation’s largest active wildfire.

The 7-week-old fire, the largest in New Mexico history, has burned 491 square miles (1,272 square kilometers) of forest in rugged terrain east of Santa Fe since being started in April by two planned burns.

Crews were patrolling partially burned areas and clearing and cutting containment lines, including primary ones near the fire as bulldozers scraped backup lines farther away.

The return of return of drier and warmer weather with stronger winds posed a threat of increased fire activity over the Memorial Day weekend, prompting officials to urge the public to secure vehicle chains and to be careful with possible fire sources.

The strong winds could fan flames and cause the fire to jump containment lines and race forward, said John Chest, a fire operations manager.

“Imagine traveling in your car and the fire can outpace you. That’s the kind of extreme fire behavior that we’re talking about,” Chester said.

Nearly 3,000 firefighters and other personnel were assigned to the fire, which was contained around 48% of its perimeter.

Initial estimates say the fire has destroyed at least 330 homes but state officials expect the number of homes and other structures that have burned to rise to more than 1,000 as more assessments are done.