‘Crazy love’: Lebanon slogan promotes tourism on back of crisis 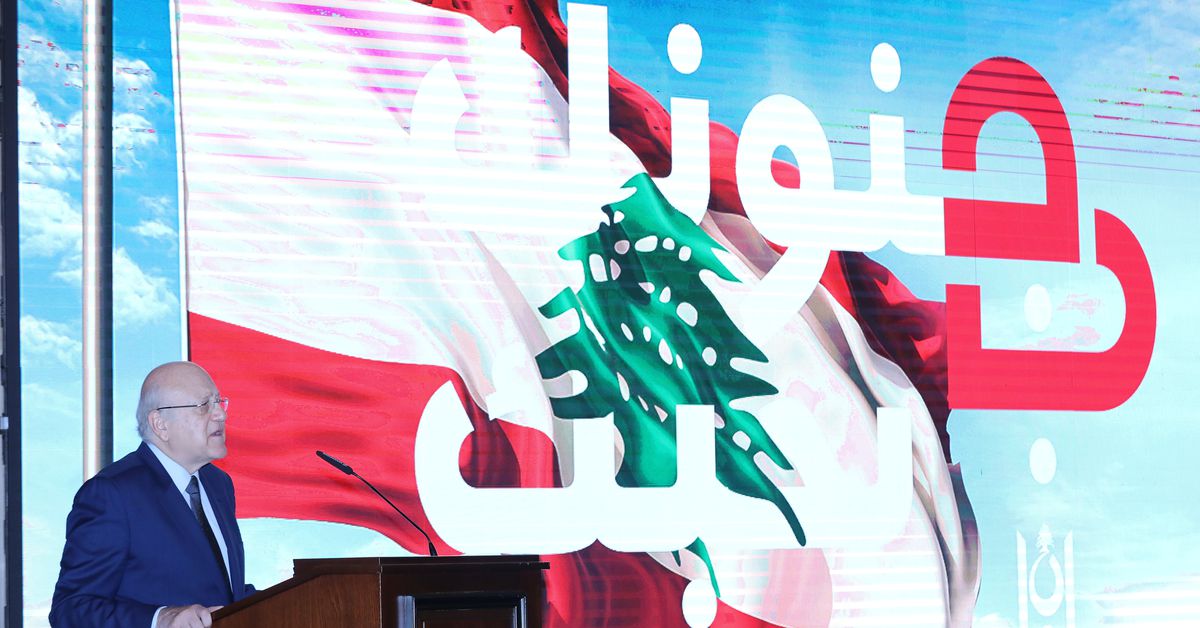 Lebanese Prime Minister Najib Mikati speaks as he stands near a slogan that reads ‘We love you in your madness’ displayed on a screen at the government palace in Beirut, Lebanon November 4, 2021. Dalati Nohra/Handout via REUTERS

BEIRUT, Nov 4 (Reuters) – Lebanon’s tourism minister unveiled a new slogan for the crisis-swept country on Thursday that aimed to portray the precarity of life there as a point of pride, roughly translating to “I love you in your madness”.

Lebanon is suffering a financial and economic meltdown which the World Bank has labelled as one of the deepest depressions of modern history, compounded by the COVID-19 pandemic and a massive explosion at Beirut’s port that destroyed large parts of the city and killed more than 215 people.

“This will be our touristic identity that the world will see,” Tourism Minister Walid Nassar said at a news conference with other senior ministers in Beirut.

The slogan was developed cost-free for Lebanon by Dubai-based advertising company TBWA, he said.

TBWA Chief Creative Officer Walid Kanaan said it was “near-impossible” to find ways to market a country in the grip of multi-layered economic and political crises, but that he had found inspiration in Lebanon’s people.

“This is our country, a crazy country … crazy in its nightlife, crazy in its food and generosity. And no matter how crazy the situation in Lebanon is, we can only say, ‘we love you in your madness,'” Kanaan said, unveiling the slogan.

Originally a lyric in a song by Lebanese star singer Fairuz released before the outbreak of Lebanon’s 1975-90 civil war, the new catchphrase will be displayed on planes of Lebanon’s national carrier Middle East Airlines and used in social media campaigns, Kanaan said.

The official English translation will be “A crazy love.”

Tourism, historically a major component of Lebanon’s economy, has dramatically declined since late 2019.

Some 2 million tourists visited the country in 2018, according to the former tourism minister, while media reports citing official figures suggest that numbers fell to a few hundred thousand in 2020.

Thousands of employees in the country’s food, beverage and hotel industry have been laid off and hundreds of hotels and restaurants have closed, industry representatives have said.

“If the ministers allows, ‘in your madness we love you’ — Lebanon is not mad … maybe the way it was managed led to that,” the three-time prime minister said.

Responding to Mikati’s comments, Nassar told Reuters the slogan was “bold, because Lebanese go to the extremes a lot.”

“We are extreme in everything,” he said.” In love, in hate, in patriotism. We take everything to the extreme.”