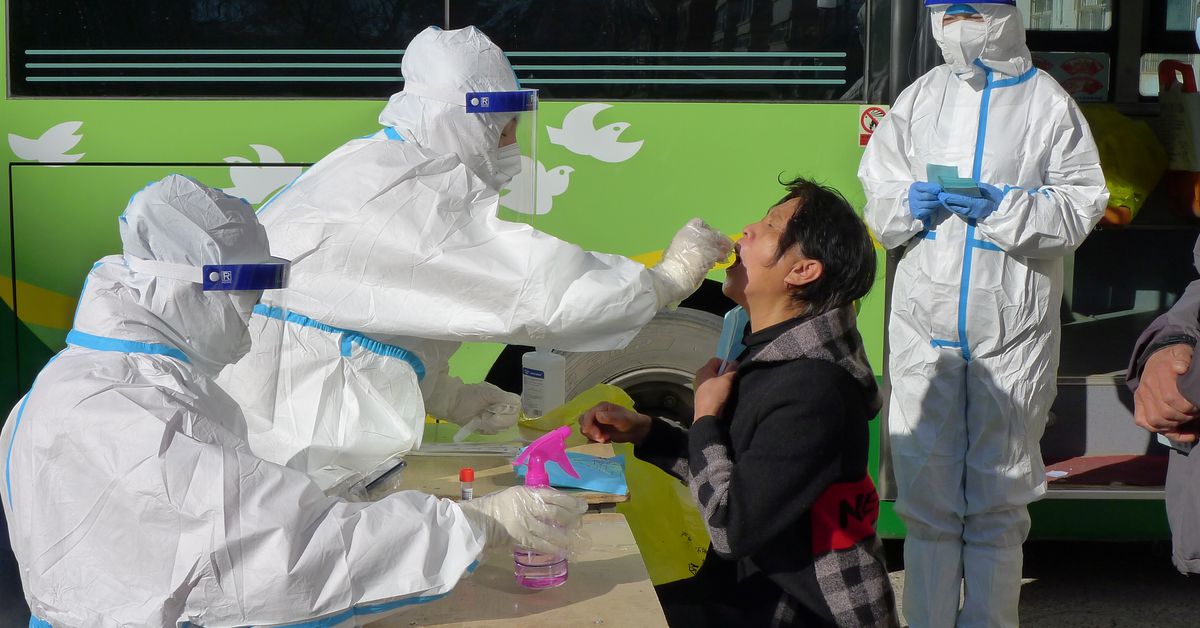 BEIJING, Nov 4 (Reuters) – China is on high alert at its international ports of entry to reduce the risk of COVID-19 cases entering from abroad, and it has stepped up restrictions within the country amid a growing outbreak less than 100 days before the Beijing Winter Olympics.

The National Immigration Administration (NIA) said on Thursday it would continue to guide citizens not to go abroad for non-urgent and non-essential reasons.

The Chinese immigration authority also vowed to strictly implement COVID-19 restrictions on the movement of people involved in the Winter Olympics in and out of China.

China aims to ensure no outbreaks among people arriving from overseas for the Winter Olympics, according to state television, citing an official on the Beijing organising committee.

Authorities have also tightened COVID-19 curbs in the capital ahead of a major gathering of the top members of the Communist Party next week. read more

Since mid-October, over 700 locally transmitted cases with confirmed symptoms have been reported in China. While the number is a trickle compared with infections in other countries, it has led to a growing wave of restrictions being imposed on local tourism and travel under Beijing’s zero-tolerance policy.

In the current outbreak, the number of provincial regions with infections have risen to 19, more than any other domestic flare-up this year.

Checks on flights, ships as well as cargo at land ports will be strictly implemented, the immigration authority said.

Ruili, a remote town bordering Myanmar in southwestern Yunnan province, has battled with multiple rounds of infections, raising concern that the virus may find other routes into China.

Local officials have imposed strict curbs to prevent the spread of the virus to other parts of the country, despite disruptions to the local economy. read more

A supplier of home decorating materials in Ruili said his income had plummeted by about 80% this year from 2020, as he could not enter the residences of some clients under lockdown.

“My family used to be well-off financially,” he told Reuters by phone, speaking on condition of anonymity.

“Now, having food is good enough.”

With one specific community in Ruili deemed of higher risk, Yunnan on Wednesday banned local travel agencies from arranging group tours to and from the province.

Tourism is vital for Yunnan, known for its natural scenery and ethnic cultural diversity, with the region typically hosting half a billion visitors a year.

In 2019, before the pandemic, Yunnan raked in 1.1 trillion yuan ($172 billion) in tourism revenue, nearly three times what Australia earned from tourism that year.

A staffer surnamed Ao at a hotel in the provincial capital Kunming said the number of guests had fallen since August due to the sporadic infections in Ruili.

“Previously there were many customers from outside the province, and now most of our customers come from other areas in Yunnan,” Ao said.