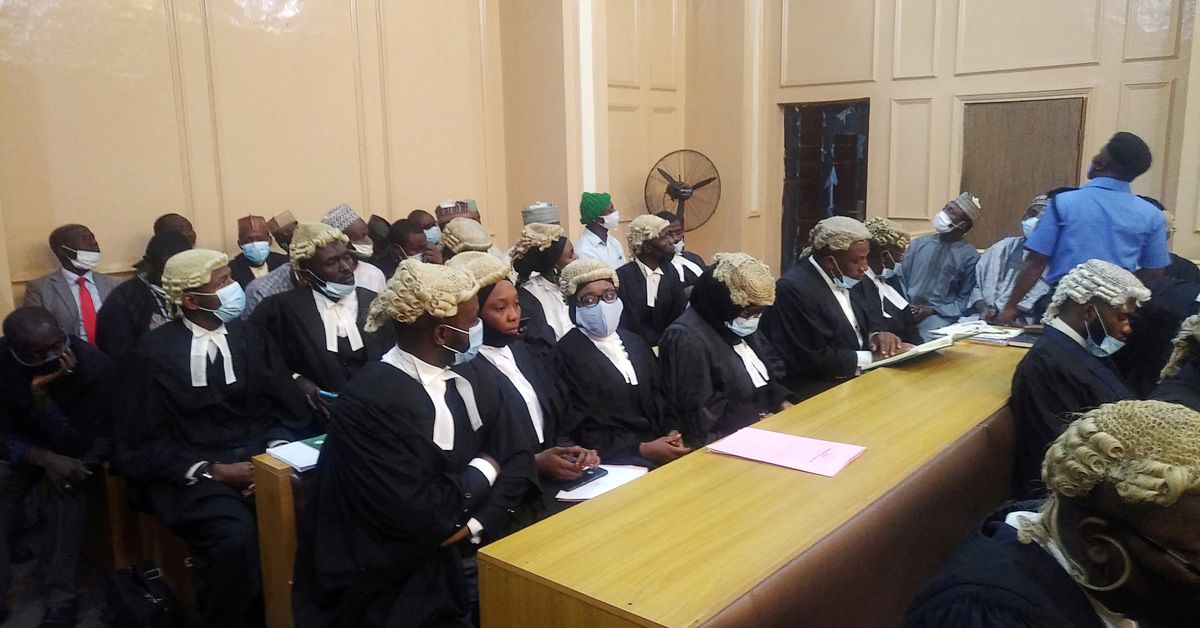 General view of a cross session of lawyers in a court during a hearing of a blasphemy case in Kano, Nigeria January 21, 2021. REUTERS/Stringer/File Photo

KANO, Nigeria, June 23 (Reuters) – A Nigerian court on Thursday reserved judgment on a challenge against sharia law in the mostly Muslim northern state of Kano in a case that will test the authority of Islamic religious law in Africa’s most populous country.

Nigeria’s constitution is neutral on religion. The country is divided between the largely Christian south and mostly Muslim north. Kano is one of the foremost states that enforces sharia law, including the death penalty against blasphemy.

In 2020, a 22-year-old singer, Yahaya Aminu Sharif, was sentenced to death while a teenager was jailed for 10 years by Kano Sharia Court over accusations of blasphemy. The ruling drew an international outcry and the secular branch of the state’s high court freed the teenager but ordered a retrial for Sharif.

In a brief hearing, Sharif’s lawyer Kola Alapinni asked the court to declare the sharia penal code unconstitutional and free the singer.

Sharif was not in court for the hearing. He is being kept in a prison outside Kano for his safety after protesters destroyed his home last year, forcing his family to flee, Alapinni said.

Security was tight, with police cordoning off the court house and maintained a heavy presence on the main route to the court.

Kano state prosecutors asked the court to dismiss the appeal and uphold the High Court decision for a retrial. They argued that “there is nothing in the enactment of the sharia penal code which runs contrary to the spirit of the constitution.”

Three judges heard the case and said a ruling would come before October.

Religious tensions in the country of over 200 million people are common and often turn violent as some resort to mob rule.