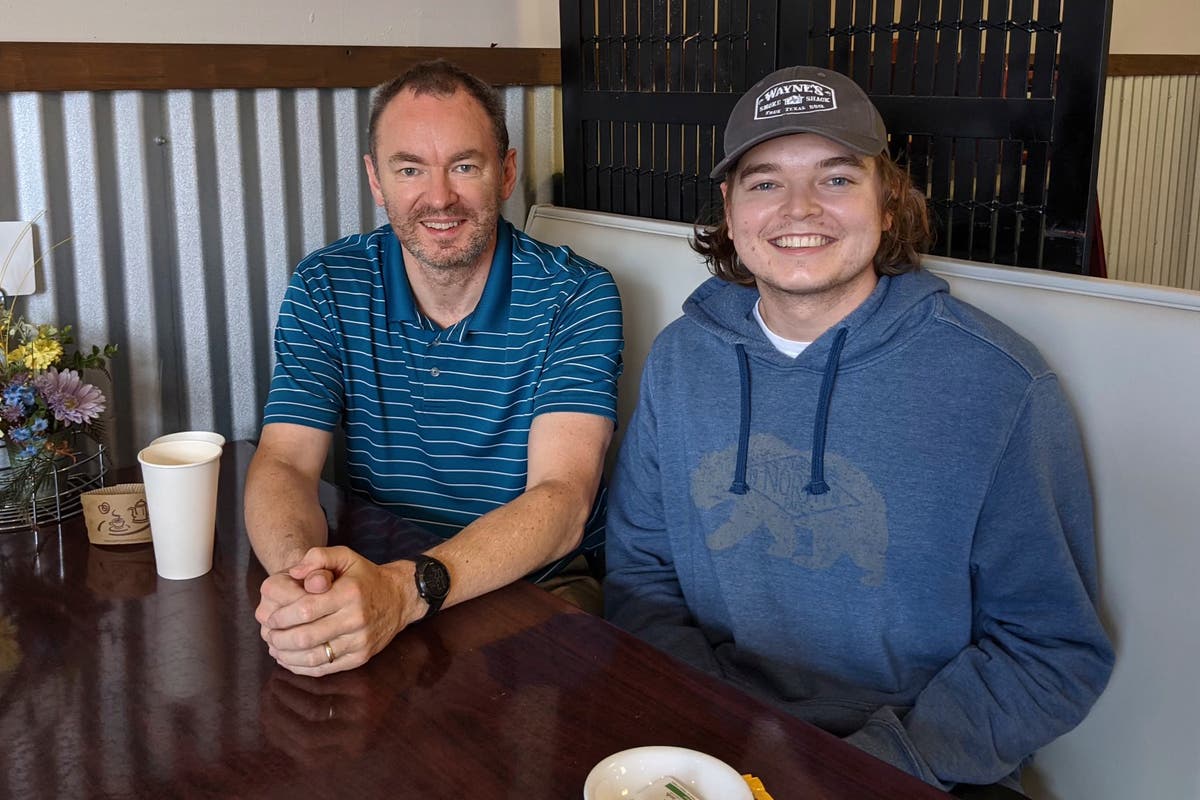 Two Colorado police officers were indicted and fired for the murder of a 22-year-old man armed with a knife who had called 911 for roadside assistance.

Clear Creek County Sheriff’s deputies Andrew Buen, 29, and Kyle Gould, 36, were indicted by a grand jury on Wednesday in relation to the murder of 22-year-old Christian Glass, according to Fifth Judicial District Attorney Heidi McCollum’s office.

The charges against the former Colorado law enforcement officers came from a 11 June killing of the 22-year-old, who was shot more than an hour after the first officer arrived on the scene.

The sheriff’s office announced that Glass was pronounced dead on the scene, while the autopsy report later revealed that the injuries he’d succumbed to included five gunshot wounds to the torso and one to his right arm.

While the sheriff’s office had first said Glass had “immediately became argumentative and uncooperative with the Deputies and had armed himself with a knife” when they went to respond to the 11.21pm “motorist assist” call about a car accident, the 22-year-old’s family pushed back on that characterisation.

The Glass family released both the recording of the 911 call that Glass placed and the body camera footage from the officers’ response to the scene, and provided a different account of the events that led to the 22-year-old’s fatal shooting.

In the audio recording of the 911 call, Glass can be heard telling the dispatcher, “I have a weapon on me. I will throw them out the window as soon as an officer gets here” before he goes on to explain how he is also in possession of two knives, a hammer and a rubber mallet.

The body camera footage, which was edited by the Glass family to blur the 22-year-old’s body during the attack, also includes a section where Glass can be heard offering to throw the weapons outside the car to the officers, a request that they told him not to do.

“The only thing we have edited from the videos is after Christian is removed from the car. We blur the screen where his body is on the ground and medical treatment is being provided to his body. We felt it wasn’t appropriate to have Christian’s naked body out there in the world,” attorney Siddhartha Rathod said, according to CNN.

The footage shows one of the responding officers asking Glass if he’s consumed any illicit substances, to which he responds that he’s “smoked” something before getting distracted and failing to come back to that previous thought.

It was later revealed through the autopsy report, released by attorneys for the Glass family, that he had both THC and amphetamine in his system.

Officers then can be seen in the footage breaking through the windows of the car and removing one of the knives that Glass was purported to have in his possession, but then the 22-year-old re-armed with a rock and the second knife, the sheriff’s report said.

Repeated requests are made by the officers in the video for the young man to drop the weapons, and bean bags and tasers were reportedly deployed in an attempt to disarm him, all of which materialised “negative results”, according to the sheriff’s office.

The sheriff’s office claims that Glass at one point tried to “stab” an officer with the second knife.

Video footage then shows one of the officers shooting Glass with a stun gun before he can be seen writhing and then seeming to throw the knife in the direction of an officer before they begin firing multiple shots in his direction.

A section of the video also appears to show Glass stab himself, but this section is blurred by the family.

In a statement from the Glass family, who in September said they believed their son was suffering a mental health episode, they expressed their grief about how “nothing will bring Christian back to his family,” but were relieved nonetheless by the charges.

“Justice for Christian will require all those involved being held accountable. Christian’s death is a stain on every officer who was present and failed to prevent the escalation and unnecessary uses of force,” the statement said.

Bond for Mr Buen was set at $50,000 and for Mr Gould set at $2,500, and neither officer had an attorney listed for the case. Both men were listed as being held in custody at the Gilpin County Detention Facility, according to online records, and both were fired immediately from their positions with the Clear Creek County Sheriff’s Office after the indictment.

“While the investigation is still underway, preliminary findings show there were policy and procedural failures, and the initial news release about the shooting, based on the information available at the time of the incident, does not reflect the entirety of what happened on that terrible night,” the statement from the Clear Creek County Sheriff’s Office said, noting that the indictment was “part of a painful but necessary process”.