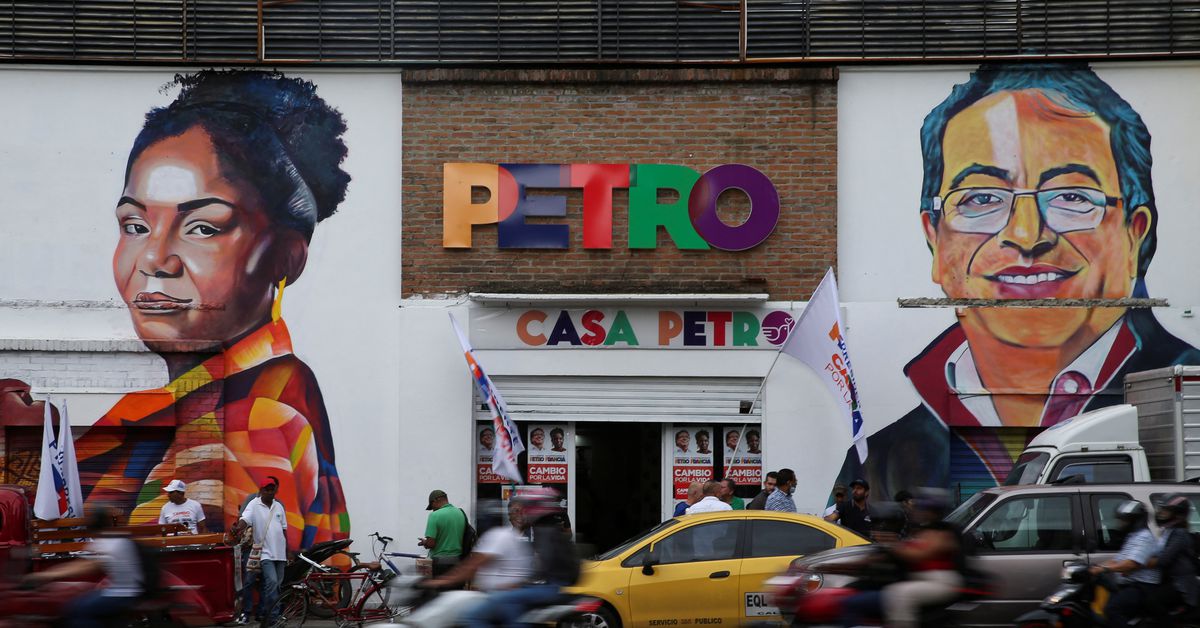 BOGOTA, May 29 (Reuters) – Colombians vote on Sunday to choose a new president from among a former rebel promising generous social programs, a center-right candidate warning against a leftist economic model, and an eccentric business magnate.

Gustavo Petro, a leftist former mayor of Bogota and member of the M-19 guerrilla group and current senator, is consistently leading opinion polls with around 40% support, ten points below what he would need to secure the presidency without a June second round.

His main opponent is Federico Gutierrez, the center-right former mayor of Medellin, who has around 25% support.

Gutierrez has emphasized his own plans for a basic income for 5 million households, economic growth of 5% per year, and more efficient government spending in response to accusations he is an ideological successor to unpopular President Ivan Duque. read more

Gutierrez, 47, has said Petro is a threat to democracy and warned the leftist’s economic plans, including a ban on new oil and gas projects, will ruin Colombia’s economy. read more

Polling third in the six-way race is construction magnate and former mayor of Bucaramanga Rodolfo Hernandez, with about 20% support. read more

Hernandez, who is running independently, is known for whimsical social media videos, including of him riding an electric scooter, and anti-corruption promises. The 77-year-old is himself facing an ongoing investigation into whether he intervened in a tender to benefit a company his son lobbied for. He has denied wrongdoing.

The country’s Registrar has said there is no possibility of electoral fraud, after candidates repeatedly expressed concerns about irregularities during March legislative elections which electoral officials classed as procedural errors.

Polls will open at 8 a.m. local time and close at 4 p.m. (2100 GMT). Officials have said they expects results around four hours later.