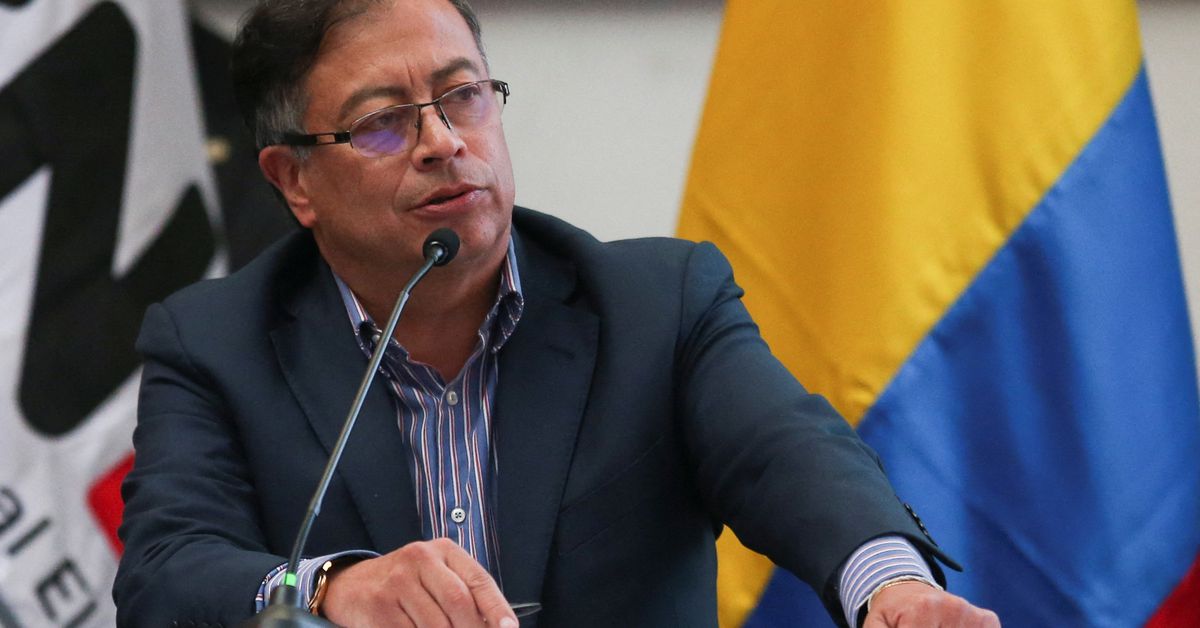 BOGOTA, June 23 (Reuters) – Colombian President-elect Gustavo Petro on Thursday began to firm up party alliances that could give him a congressional majority and met with the country’s current president to start the handover process.

Petro, a 62-year-old former guerrilla and mayor of Bogota, won the presidency on Sunday on promises to tackle deep inequality with pension redistributions, free university education and other social programs. read more

Petro met with outgoing President Ivan Duque at the Casa de Narino presidential palace on Thursday evening. They did not give a statement after the meeting, which lasted about an hour and 20 minutes.

“It is not our intention to complicate the carrying out of the government’s legislative agenda. We are not an opposition party,” said Liberal party leader and former President Cesar Gaviria.

A coalition of the Historic Pact, its allies the Green Alliance, smaller leftist parties including that run by former FARC rebels and the Liberals would give Petro a governing majority.

Petro’s erstwhile rival Rodolfo Hernandez said in a statement he would accept the Senate seat to which he is entitled for coming second in the election.

Hernandez said he will not ally himself with Petro but also will not officially declare himself opposition, adding that he plans to vote in favor of any Petro projects he thinks are positive for Colombia.