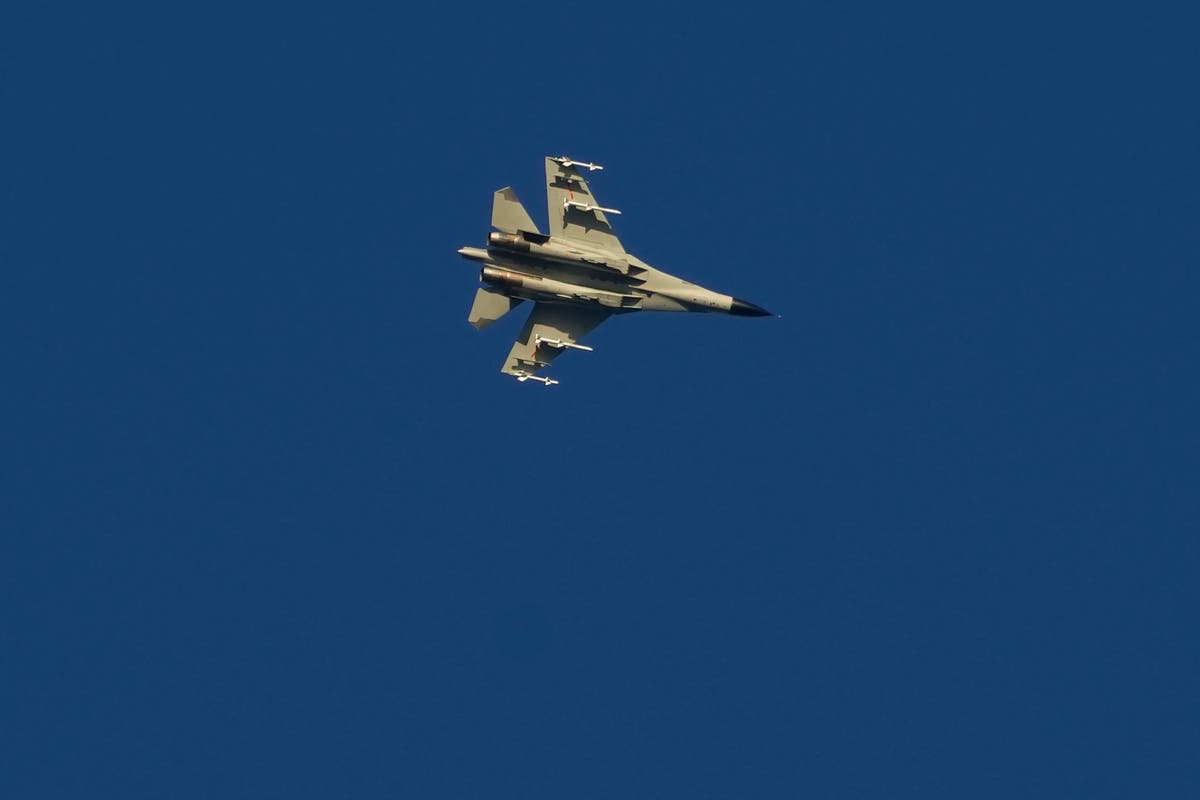 Chinese aircraft and warships simulated an attack on Taiwan on Saturday as part of Beijing’s retaliation to Nancy Pelosi’s visit to the island, Taiwanese officials have said.

The show of military firepower has been described by the Taiwan military as a simulation attack on the island.

China’s Eastern Theater Command said its focus was on testing the system’s land strike and sea assault capabilities while conducting the joint exercises north, southwest and east of Taiwan. The exercises began on Thursday and are scheduled to last until midday on Sunday.

Chinese warships and aircraft were said to have continued to “press” into the median line of the Taiwan Strait on Saturday afternoon. A source familiar with security planning told Reuters that Chinese warships and drones simulated attacks on US and Japanese warships off Taiwan’s east coast and close to Japanese islands.

Taiwan’s defence ministry said later that jets had been scrambled to warn away 20 Chinese aircraft, including 14 that crossed the median line. It also detected 14 Chinese military ships conducting activities around the Taiwan Strait. The ministry also published a photo of a Taiwanese sailor on a frigate looking at a nearby Chinese warship off Taiwan’s east coast.

Ignoring China’s warnings, Pelosi arrived in Taiwan late on Tuesday in the highest-level visit to the island by a US official in decades.

But shortly after she left Japan on Friday – the final stop of a week-long Asia tour – China announced that it was halting dialogue with the US in a number of issues including contacts between theatre-level military commanders.

Speaking during a visit to the Philippines, US secretary of state Antony Blinken accused China of taking “irresponsible steps” by halting key communication channels with Washington.

Mr Blinken also called China’s actions over Taiwan a move towards the use of force. He said China’s cessation of bilateral dialogue in eight key areas “would punish the world, not just the United States”.

China’s foreign minister Wang Yi told a media briefing on Friday that Blinken was spreading misinformation, adding: “We wish to issue a warning to the United States: do not act rashly, do not create a greater crisis.”

Jing Quan, a senior Chinese Embassy official in Washington, echoed the foreign minister’s warning, telling a briefing: “The only way out of this crisis is that the US side must take measures immediately to rectify its mistakes and eliminate the grave impact of Pelosi’s visit.”

China sees the island as a breakaway province that will eventually be under Beijing’s control again – by force if necessary – while Taiwan sees itself as an independent country.