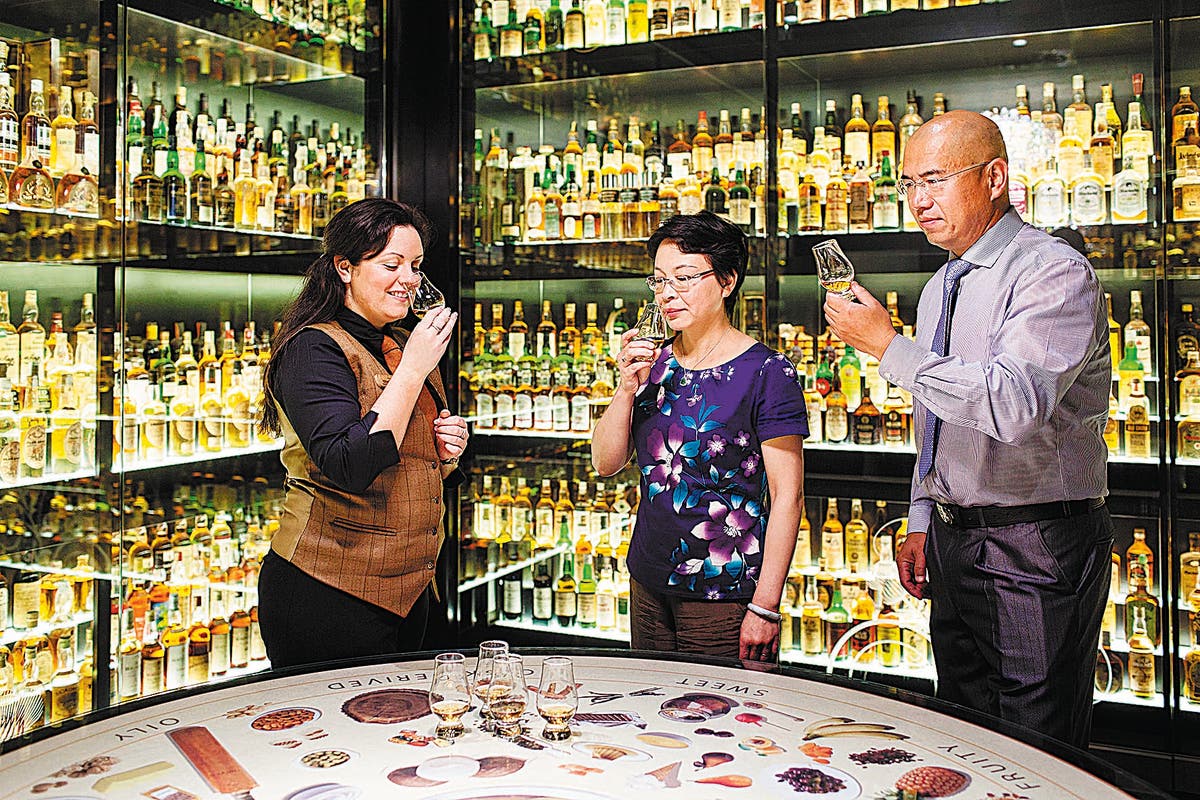 Chinese consumers’ evolving taste for high-end spirits has pushed their spending on Scotch whisky to a record high over the past two years despite disruption to the trade caused by the pandemic.

The Scotch Whisky Association says that since 2019 the Chinese mainland has recorded the strongest growth for whisky produced in Scotland, with the total value of this market last year reaching £198 million, 123 per cent more than two years ago.

Global exports of Scotch grew to £4.51 billion last year, with China one of the key emerging markets contributing to growth. The value of the Chinese market rose nearly 85 per cent last year alone, making it the fifth-largest export market by value, the association said.

Graeme Littlejohn, the association’s director of strategy and communications, said: “In recent years China has seen a shift towards premium products, with Scotch whisky among them. Single malt Scotch now makes up over 60 per cent of exports to this market, which may explain the strong growth seen during the pandemic.”

Every second last year, 44 bottles of Scotch were shipped from Scotland to about 180 markets worldwide.

Sohail Shaikh, minister-counsellor at the United Kingdom Department for International Trade in Shanghai, said: “There is no better testament to the quality and popularity of the world’s number one  internationally traded spirit. Chinese consumers recognise quality. As the economy grows, so does consumers’ desire to explore the higher end of the whisky market.” There has also been a shift in what used to be perceived as a male-dominated drink, with many more women now enjoying whisky, he said.

In 2020 Chinese people spent more than $2.4 billion (£1.9 billion) on spirits with international status – those that retail for $100 or more a bottle – in the domestic duty-paid channel and the new duty-free enclave of Hainan province, said IWSR, a source of data and analysis on the global alcoholic beverages market.

“China was one of the few countries where spirits with international status had a relatively good year in 2020,” said Thorsten Hartmann, custom analytics director at IWSR Drinks Market Analysis. While premium baijiu dominates the Chinese market for high-end spirits, Hartmann said, there are clear opportunities for Scotch whisky, particularly single malt, which took market share from blended whiskies in 2020.

Diageo, the multinational alcoholic beverages company, has made great strides in China during the pandemic, especially in e-commerce sales. Ian Smith, the company’s head of corporate relations for Scotland, said: “E-commerce is a growing channel where we are expanding our presence and visibility. China is the world’s largest and most mature e-commerce alcohol market. In 2021 we maintained our leadership on (Chinese online retail platform) Tmall with a 24 per cent share of whisky retail sales.”

Whisky is widening its reach in China, not just in bars and karaoke lounges, but in homes and restaurants, and also as a gift, he said.

In addition to the rapid growth in Scotch imports, industry experts believe China will become an exporter of its own whisky. Shaikh said: “Many companies are developing their stills and using Scottish technology and know-how to help get their distilleries up and running.” Whisky will become an area of shared expertise and mutual appreciation, he said.