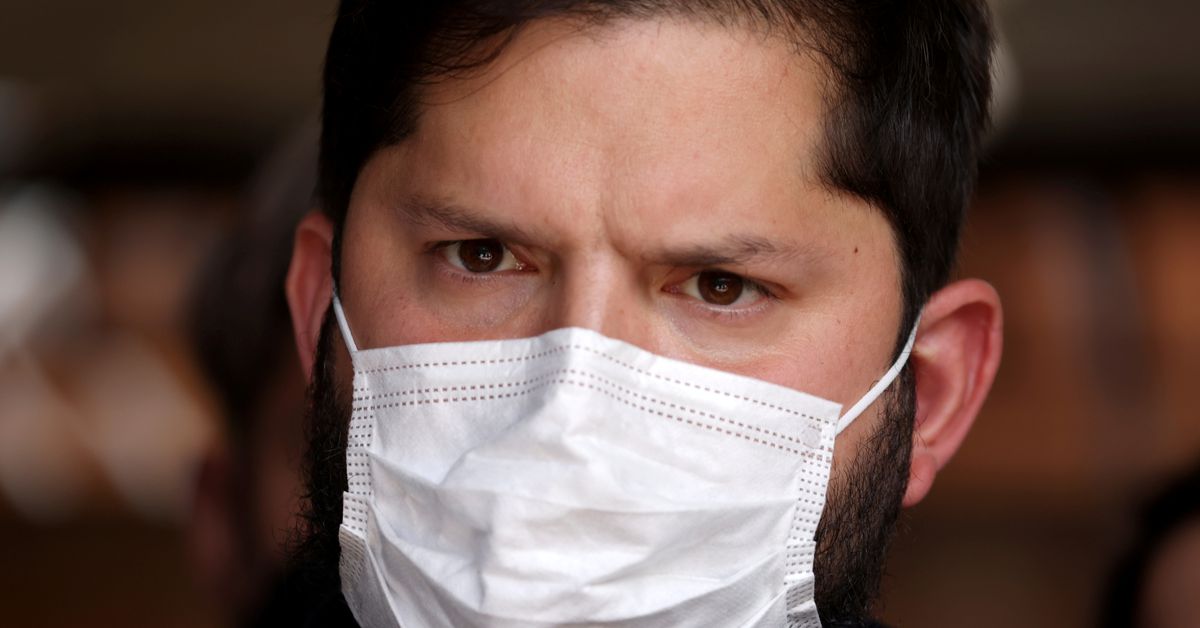 Chilean presidential candidate Gabriel Boric from left-wing ‘Apruebo Dignidad’ (I Approve Dignity) coalition listens to a question from the media after meeting with supporters during the start of the allowed period for televised electoral propaganda in Santiago, Chile, October 22, 2021. Chileans will go to the polls in the first round of presidential elections on Nov. 21, 2021. REUTERS/Ivan Alvarado/File Photo

SANTIAGO, Nov 4 (Reuters) – Chile’s presidential candidates had to host news conferences from home and cancel travel plans on Thursday as five out of seven candidates were forced to isolate for a week after left-wing hopeful Gabriel Boric tested positive for COVID-19.

In addition to Boric, four candidates had all been in close contact with him recently and have since tested negative for the virus, they said on social media. But Chile’s regulations mandate that any close contacts isolate for at least seven days regardless of test result.

The presidential election, the first since widespread protests in 2019 rocked the Andean copper-producing country, will be held on Nov. 21 and will go to a second round if no candidate wins more than 50% of the votes.

With three weeks before the first-round vote, Boric and far-right candidate Jose Antonio Kast are head-to-head and likely to both pass to a second round to be held in December. On Thursday, Kast was also forced to isolate.

“Having confirmed (Boric’s) diagnosis, I will strictly follow the current sanitation regulations and will be in quarantine for the next few days,” Kast said in a video shared on social media.

The candidate from the ruling right-wing party, Sebastian Sichel, said on social media he would be sharing his campaign proposals virtually but would head to the streets again starting on Tuesday.

“We continue from home to build a new Chile,” Boric wrote on Twitter, who, according to people close to him, has a fever and is considering doing a virtual tour. Boric had been vaccinated.

Yasna Provoste, a center-left Christian Democratic candidate and sitting lawmaker, was also forced to isolate. She is currently third in the polls, but with half the support of Boric or Kast.