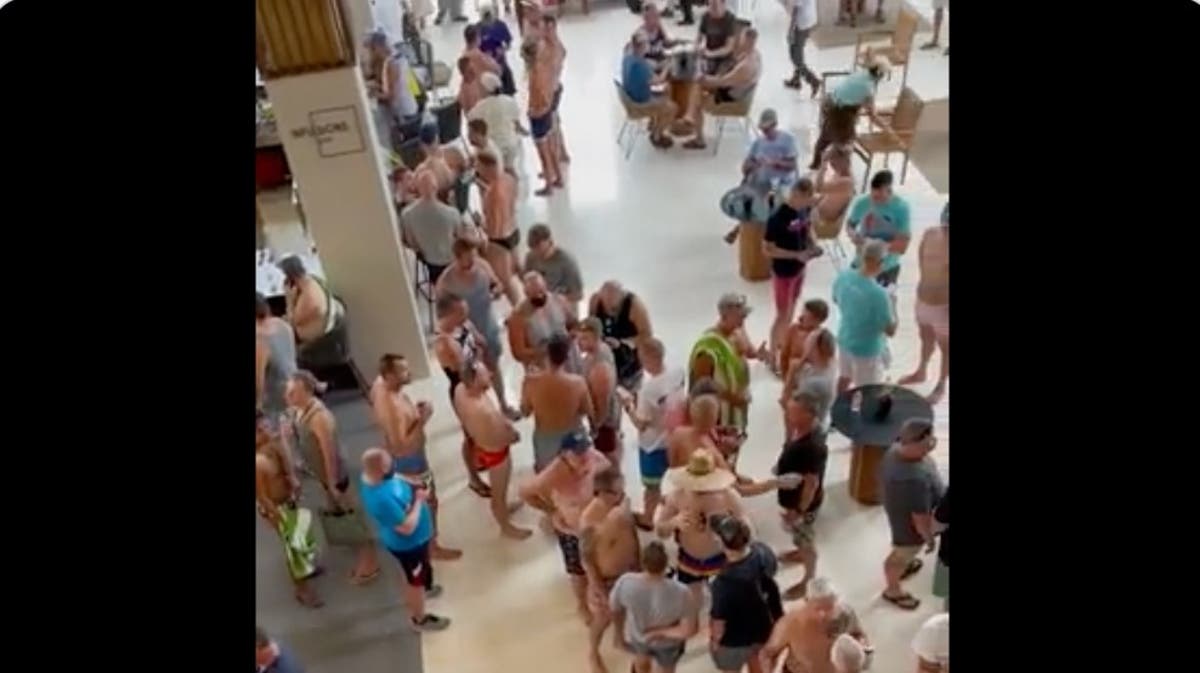 Guest at a Cancun resort were told to shelter inside the building after reports of armed men on the beach, according to people staying at the oceanfront hotel.

The incident unfolded at the Hyatt Ziva Riviera resort in Cancun, Mexico, on Thursday afternoon with guests posting video of the incident to Twitter.

“Active shooter at Hyatt Ziva Riviera Cancun Resort. All guests confined to lobby now. Hotel staff huddled together in corner. Still no announcement or update from hotel, Hyatt, or police. Several guests have now told be they saw gunman come up from the beach, actively shooting.”

Mr Sington then posted video with a hotel staff member telling the crowd that they “were all safe at this time”, and another saying that “the suspect has been apprehended.”

Jim Wildermuth, a hotel guest and US citizen from Atlanta, told ABC News that he had heard shots fired at the location and described the noise as “cracks.”

He said he had been told to shelter in place as there was an active shooter on the property.

The US embassy in Mexico said that the US consulate and authorities were aware of the reports but could not verify if they were accurate.

“We are aware of the situation and our office there is working with local law enforcement,” the embassy official said.

Karisma Hotels & Resorts, which runs the nearby Azul Beach Resort Riviera Cancun, released a statement after the reported incident.

“Our team at Azul Beach Resort Riviera Cancun is closely monitoring developments following a shooting that took place on the beach near the resort,” the statement said.

“No guests or employees were harmed. As always, the safety and security of our guests are of our utmost concern. An investigation is currently underway and we are doing whatever we can to facilitate and support the work of local officials.

“Any questions about the incident should be directed to local authorities.”

Boris Johnson takes responsibility but will not quit over lockdown parties