Calls for ceasefire in Ethiopia grow amid deepening conflict 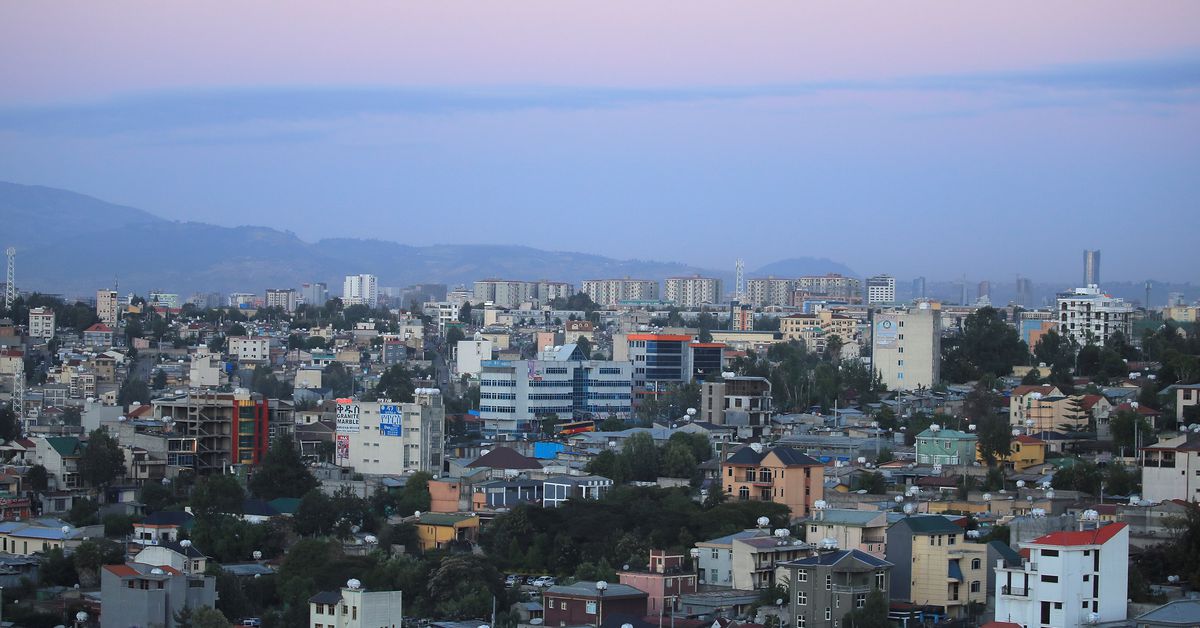 ADDIS ABABA, Nov 4 (Reuters) – African and Western nations called for an immediate ceasefire in Ethiopia on Thursday after Tigrayan forces from the country’s north said they made advances towards the capital this week.

The U.S. special envoy for the Horn of Africa, Jeffrey Feltman, arrived in Addis Ababa to press for a halt to military operations and a start to ceasefire talks.

African Union Commission Chair Moussa Faki Mahamat said he met Feltman to discuss efforts towards dialogue and political solutions to the conflict, which pits the central government against the Tigray People’s Liberation Front (TPLF) and its allies.

The European Union and the East African bloc the Intergovernmental Authority on Development (IGAD) joined the chorus of bodies calling for a ceasefire. Ugandan President Yoweri Museveni announced an IGAD meeting on Nov. 16 to discuss the war.

Kenyan President Uhuru Kenyatta urged the rival parties to lay down their arms and find a path to peace.

“The fighting must stop!” he said in a statement.

U.N. Secretary-General Antonio Guterres said he had spoken to Ethiopian Prime Minister Abiy Ahmed on Wednesday and offered to help create the conditions for a dialogue.

The government brushed off the calls for talks, said new recruits were heeding the call to fight on the government side and accused the Tigrayan forces of exaggerating their territorial gains.

“We are fighting an existential war,” it said in a statement issued by its communication service.

Abiy’s government declared a state of emergency on Tuesday as the Tigrayan forces threatened to push forward to Addis Ababa. read more

TPLF spokesman Getachew Reda said on Wednesday TPLF troops were in the town of Kemise in Amhara state, 325 km (200 miles) from the capital. Government and military spokespeople did not return calls seeking comment on his account.

The U.S. Embassy in Addis Ababa authorised the voluntary departure of some staff and family members because of the intensifying hostilities. Washington said on Wednesday it was “gravely concerned” about the situation and called for ceasefire talksand a halt to military operations. read more

The year-long conflict has killed thousands of people, forced more than two million more from their homes and left 400,000 people in Tigray facing famine.

The United States, the European Union and the United Nations said a de facto government blockade in Tigray must end to avert a large-scale famine. The government had denied blocking aid.

No humanitarian convoys have entered Tigray since Oct. 18 and no fuel to aid the humanitarian response has entered since early August, according to the United Nations.

Streets and shops in Addis Ababa, a city of around five million people, were busy as usual on Thursday morning, though some residents said there was a feeling of uneasy calm.

“There are rumours about the approach of the rebels. People debate about the conflict, most of the people accuse the government for what happened,” said one man, who spoke on condition of anonymity.

Police had arrested “many people” in Addis Ababa since the government declared the state of emergency, police spokesperson Fasika Fanta said on Thursday.

Residents told Reuters on Wednesday many Tigrayans had been arrested. Fasika said arrests were not based on ethnicity.

“We are only arresting those who are directly or indirectly supporting the illegal terrorist group,” Fasika said. “This includes moral, financial and propaganda support.”

He also said many people were registering weapons at police stations around the city in line with a government directive issued on Tuesday for people to prepare to defend their neighbourhoods.

“Some are even coming with bombs and heavy weapons. We are registering those too,” he said.

Government spokesperson Legesse Tulu did not respond to requests for comment.

The conflict started last November when forces loyal to the TPLF, including some soldiers, seized military bases in Tigray. In response, Abiy sent more troops to the northern region.

The TPLF had dominated national politics for nearly three decades but lost much influence when Abiy took office in 2018.

The TPLF accused him of centralising power at the expense of regional states – which Abiy denies.

TPLF spokesman Getachew on Wednesday pledged to minimise casualties in any drive to take Addis Ababa.

“We don’t intend to shoot at civilians and we don’t want bloodshed. If possible we would like the process to be peaceful,” he said.

A regional analyst, who spoke on condition of anonymity, said the TPLF was likely to hold off on any advance on Addis Ababa until they secured the highway running from neighbouring Djibouti to the capital.

Abiy’s spokesperson, Billene Seyoum, accused the international media of being “overly alarmist” in its coverage of Ethiopia.

“Perpetuating terrorist propaganda as truth from offices far off and detached from the ground is highly unethical,” she said in a tweet.