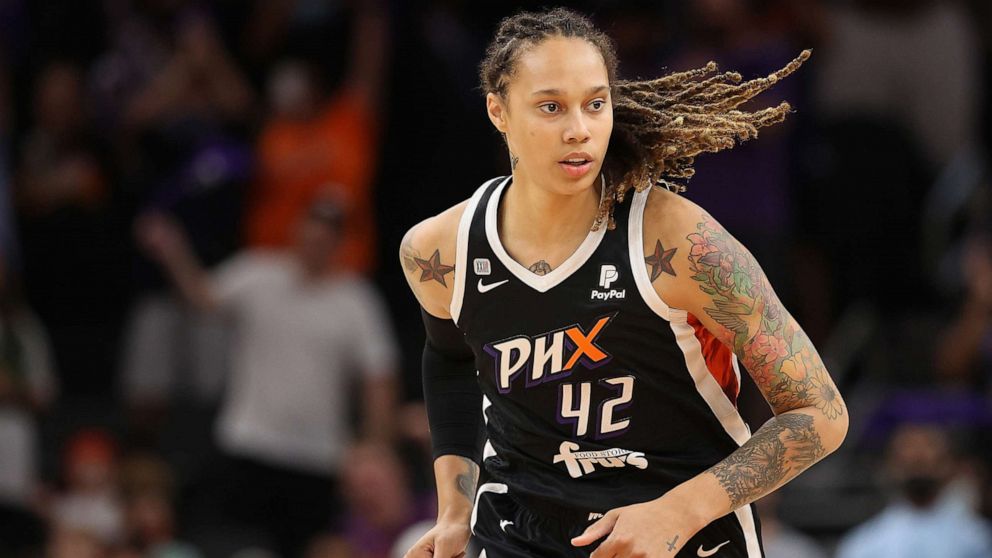 WNBA star Brittney Griner is set to appear in court on Thursday morning for the second day of her trial in Russia amid a public pressure campaign urging the Biden administration to secure her release.

Griner’s trial, which is taking place in Khimki — a suburb of Moscow — began last Friday, more than four and a half months after Griner was detained.

“The president called Cherelle to reassure her that he is working to secure Brittney’s release as soon as possible, as well as the release of Paul Whelan and other U.S. nationals who are wrongfully detained or held hostage in Russia and around the world,” the White House said in a statement released Wednesday.

The call came months after Cherelle Griner publicly expressed interest in speaking with Biden about her wife’s case in a May interview with “Good Morning America” co-anchor Robin Roberts.

“I just keep hearing that, you know, he has the power. She’s a political pawn,” Cherelle Griner said in May. “So if they’re holding her because they want you to do something, then I want you to do it.”

Griner, a two-time Olympic gold medalist, was visiting Russia to play basketball in the off-season when she was detained at Sheremetyevo International Airport on Feb. 17 after being accused of having vape cartridges containing hashish oil, which is illegal in the country.

Griner’s detention was extended repeatedly, most recently through Dec. 20, which is the expected length of her trial. If convicted, Griner, 31, faces up to 10 years in prison and also has a right to an appeal.

The first witness at Griner’s trial last Friday was a customs officer who was at the airport when she was arrested. A second unidentified witness was also questioned by prosecutors behind closed doors, according to The Associated Press. Meanwhile, two others failed to appear, so the trial was adjourned for the day.

Representatives of the U.S. Embassy, as well as two representatives from Russian and foreign media, were allowed into the courtroom.

According to a Russian reporter inside the courtroom, who spoke with ABC News, Griner said through a translator that she understood the accusation against her but declined to enter a plea, saying she will share her thoughts at a later time.

Griner’s attorney, Alexander Boykov, declined to comment “on the specifics of the case and on the charges,” telling reporters outside the courtroom last Friday that it was too early to do so, according to The AP.

Russia’s invasion of Ukraine began one week after Griner was detained. Some officials are concerned that Americans jailed in Russia could be used as leverage in the ongoing conflict.

The U.S. government classified Griner’s case on May 3 as “wrongfully detained,” meaning the U.S. will more aggressively work to negotiate her release even as the legal case against her plays out, the State Department has said.

Griner, who plays for the Phoenix Mercury, personally reached out to Biden in a handwritten letter that the White House received on Monday, urging the president to help her get out of Russia.

“As I sit here in a Russian prison, alone with my thoughts and without the protection of my wife, family, friends, Olympic jersey or any accomplishments, I’m terrified I might be here forever,” Griner wrote to the president.

“It hurts thinking about how I usually celebrate [the Fourth of July] because freedom means something completely different to me this year,” she added.

Biden intends to send a letter to Griner in Russia in response to her message, and he read a draft of that letter to Cherelle Griner during their call, according to the White House.