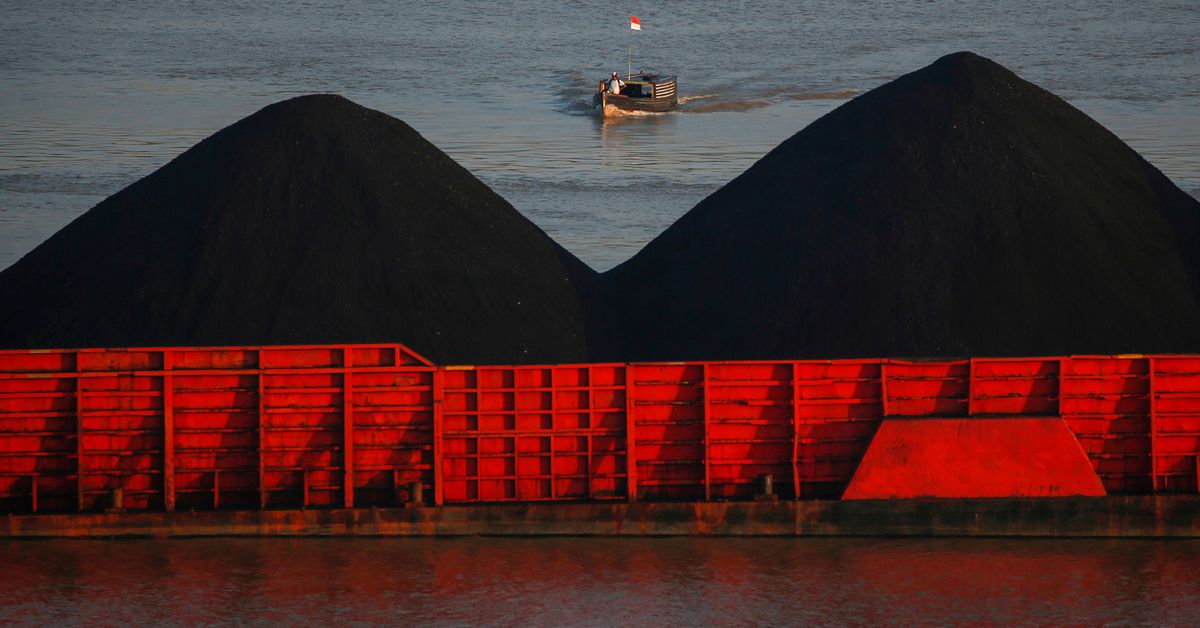 GLASGOW, Nov 4 (Reuters) – Britain called an end to the era of coal on Thursday, saying 77 countries had pledged to phase out the dirtiest of the fossil fuels that cause global warming, as a study showed carbon dioxide emissions had rebounded to near pre-pandemic levels.

But the list omitted both India and China, which is home to almost half the over 2,600 coal-fired plants operating or under construction around the world, and the pledge contained no commitment to stop financing new plants.

Many developing countries rely on cheap, accessible coal and other fossil fuels to grow, despite their costs to the environment and health, in the same way that developed countries did from the Industrial Revolution of the 19th century onwards.

And in a stark reminder to leaders at the United Nations COP26 conference in Glasgow of the challenge to keep global warming below 2 degrees Celsius above pre-industrial levels, a study showed carbon dioxide emissions were back on the rise.

The United Nations says a rise above 1.5C would trigger potentially irreversible climate impacts that would dwarf the intensifying storms, heatwaves, droughts and floods that the planet is already experiencing.

Carbon dioxide emissions fell by 5.4% in 2020 as economies ground to a halt, but the new report by the Global Carbon Project, forecasts they will rebound by 4.9% this year.

“We were expecting to see some rebound,” said the report’s lead author Pierre Friedlingstein, a climate modelling researcher at the University of Exeter.

“What surprised us was the intensity and rapidity.”

Alok Sharma, British president of the two-week meeting said 77 countries had signed a pledge to phase out coal-fuelled power plants, which produce more than 35% of the world’s electricity, and stop building new ones.

Britain had said it expected 190 countries and organisations to sign the non-binding pledge, in which richer nations would phase out coal power by 2040 and poorer ones by 2050.

Demand for coal, the world’s most widely used fuel, is set to hit a new record this year. read more

The European Union’s chief negotiator at the summit said its first days had yielded some promising early signs as countries scramble to finish the rules needed to implement the 2015 Paris Agreement.

“It’s a bit early to say whether we’re on track for a fully successful COP, but the early signs seem reasonably good,” Jacob Werksman of the European Commission told a news conference.

And the International Energy Agency, the world’s energy watchdog, said net zero emissions pledges and a commitment by leaders to cut methane, if enforced, would enable the world to limit warming to below 2 degrees.

“New @IEA analysis shows that fully achieving all net zero pledges to date & the Global Methane Pledge by those who signed it would limit global warming to 1.8C,” IEA chief Fatih Birol wrote on Twitter.

Nicholas Stern, who produced a landmark 2006 report on the economics of climate change, said COP26 was showing promise but expressed caution over the IEA figure, telling Reuters: “All the estimates have their own uncertainties, but also it’s the whole path that matters. You can’t estimate a temperature just from a point.”

The U.N. Environment Programme said poorer countries needed five to 10 times more money to adapt to the consequences of climate change than they are now receiving. read more

Poorer countries also say they need financial help to end their reliance on coal and richer countries have failed to meet a promise of $100 billion a year in “climate finance” by 2020.

“We need to have funding to retire coal earlier and to build the new capacity of renewable energy,” said Sri Mulyani Indrawati, finance minister of Indonesia, which is the world’s biggest coal exporter and relies on coal for 65% of its energy.

Indonesia, along with India and the Philippines will join South Africa as the first recipients of a multibillion dollar pilot programme to accelerate their transition from coal power to clean energy, the Climate Investment Funds, backed by major economies, said. read more

More countries may also join the Beyond Oil and Gas Alliance, led by Denmark and Costa Rica and due for launch next week, by pledging to end their own fossil fuel production.

The IEA says that to achieve the U.N. goal of ‘net zero’ emissions by 2050, no new fossil fuel plants should be approved after 2021 – a goal that the coal pledge is sure to miss.

The main aim of COP26 is to get promises of enough cuts in greenhouse gas emissions to put the world on a clear path towards capping the rise in global temperature – already up 1.1C since pre-industrial times.

One of COP26’s most eye-catching announcements – a pledge by more than 100 world leaders to halt and reverse deforestation and land degradation by the end of the decade – also fell short of expectations. read more

“Forcing Indonesia to zero deforestation in 2030 is clearly inappropriate and unfair,” Environment Minister Siti Nurbaya Bakar, who attended the summit, said on Twitter.