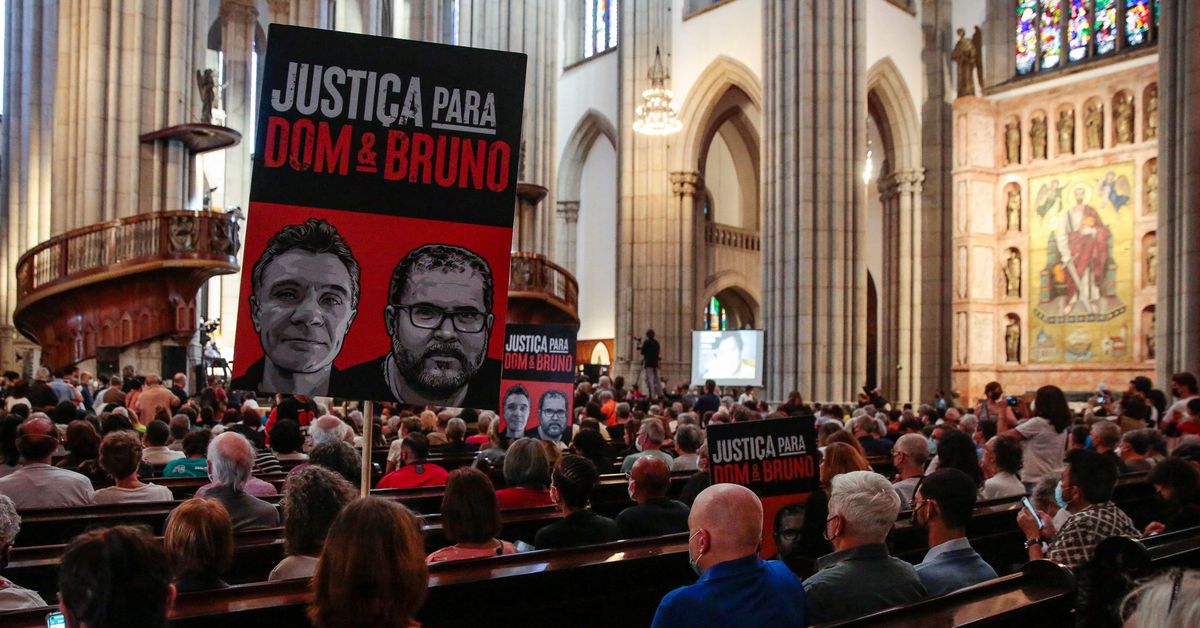 Police said in a statement that seven arrest warrants were issued for illegal fishing in the Vale do Javari region, the remote area close to the border with Colombia and Peru where Phillips and Pereira disappeared on June 5.

The region has been invaded by illegal fishermen, loggers and gold miners. Police say it is a key drug trafficking route.

Phillips, a freelance reporter who wrote for the Guardian and the Washington Post, was doing research for a book on the trip with Pereira, a former head of isolated and recently contacted tribes at federal indigenous affairs agency Funai.

Two of the seven suspects were already under arrest: Ruben Dario da Silva Villar, known as “Colombia”, and fisherman Amarildo Costa de Oliveira, known as “Pelado” who was arrested in June as the primary suspect in the murder.

According to the police, Colombia would be the leader and financier of an armed criminal gang involved in illegal fishing that was smuggled out to the neighboring countries.

Three of the newly arrested men, whose names were not revealed, are relatives of Amarildo and were involved in concealing the bodies of Phillips and Pereira, the police said.

Pereira, the former senior official at the federal indigenous affairs agency Funai, had previously clashed with Amarildo over illegal fishing within the indigenous territory.

Federal prosecutors said that Phillips was killed so that he could not identify the killers. read more