Biden pledges to sign abortion rights into law with two more Democratic senators: ‘I promise you’ 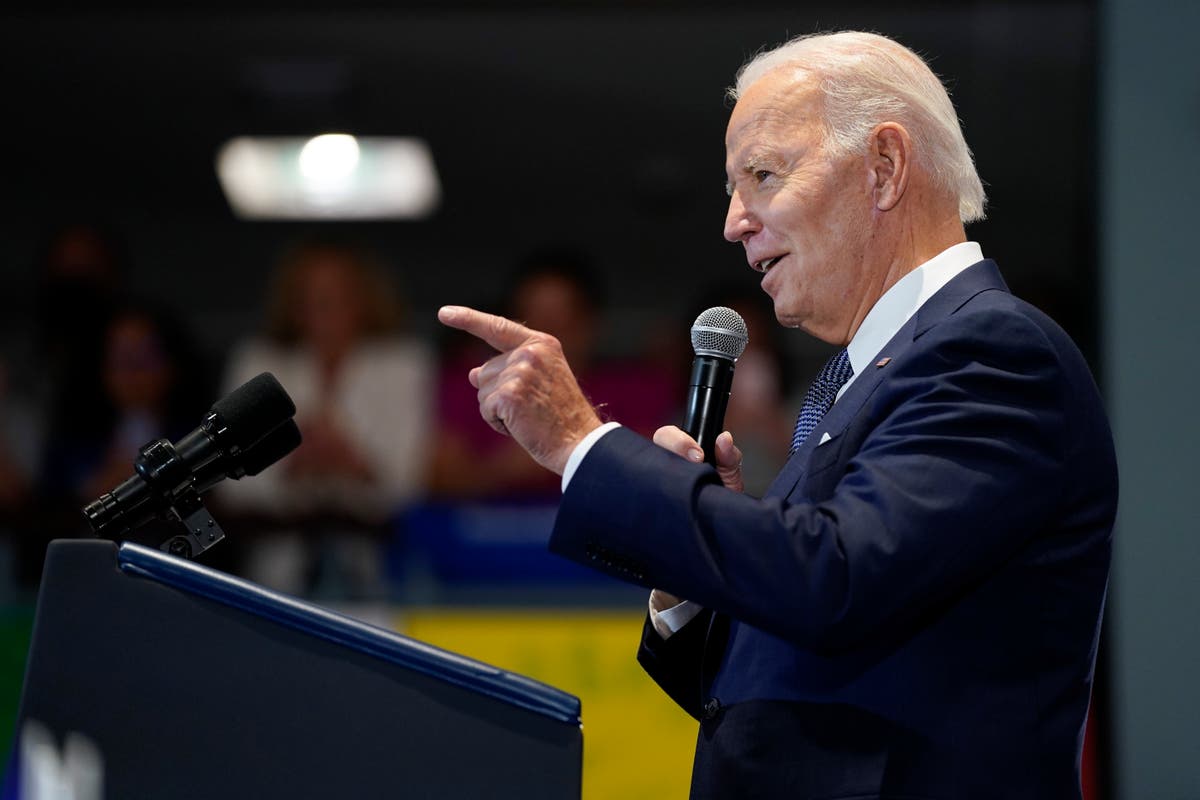 President Joe Biden on Friday said he would sign legislation restoring women’s reproductive rights to the state they were in before the Supreme Court overturned Roe v Wade if voters elect two more Democrats to the United States Senate in November.

“If you give me two more senators in the United States Senate, I promise you, I promise you, we’re going to codify Roe and once again make Roe the law of the land,” said Mr Biden, who was addressing attendees at a Democratic National Committee event at the headquarters of the nation’s largest teacher’s union, the National Education Association.

Because of Senate rules which in practice require a 60-vote supermajority to move most legislation, Democratic-sponsored bills to protect a woman’s right to seek an abortion have languished in the upper chamber. But with a 52-vote majority, Democrats could amend Senate rules to allow such legislation to receive an up-or-down vote on the Senate floor.

With 46 days until voters determine whether Democrats will maintain control of the House and Senate, Democrats are leaning into reproductive rights as signature issue of their closing campaign.

The focus on abortion — and the promise to codify the trimester framework laid out in the landmark Roe v Wade case which the Supreme Court struck down this past summer, has given Democrats a boost in polling that has led some to believe they could defy history by keeping one or both chambers on Capitol Hill.

Mr Biden urged the crowd of supporters at NEA headquarters to consider “what’s on the ballot” in November, rattling off a list of three issues: abortion, gun control and Social Security.

“The power to get things done is in the hands of the American people, especially the women out there,” he said. “I don’t think the MAGA Republicans have a clue about the power of American women. Let me tell you something: They’re about to find out”.

Since the Supreme Court overturned Roe and gave states the ability to force women to carry unwanted pregnancies to term, 13 states have already implemented full-on bans on abortion procedures. Nearly half of all states have at least some limits, an outright ban, or have attempted to enact one.

Some Republicans, including South Carolina Senator Lindsey Graham, have pushed for a national abortion ban, though Senate Minority Leader Mitch McConnell has suggested the abortion question should remain one of state law.