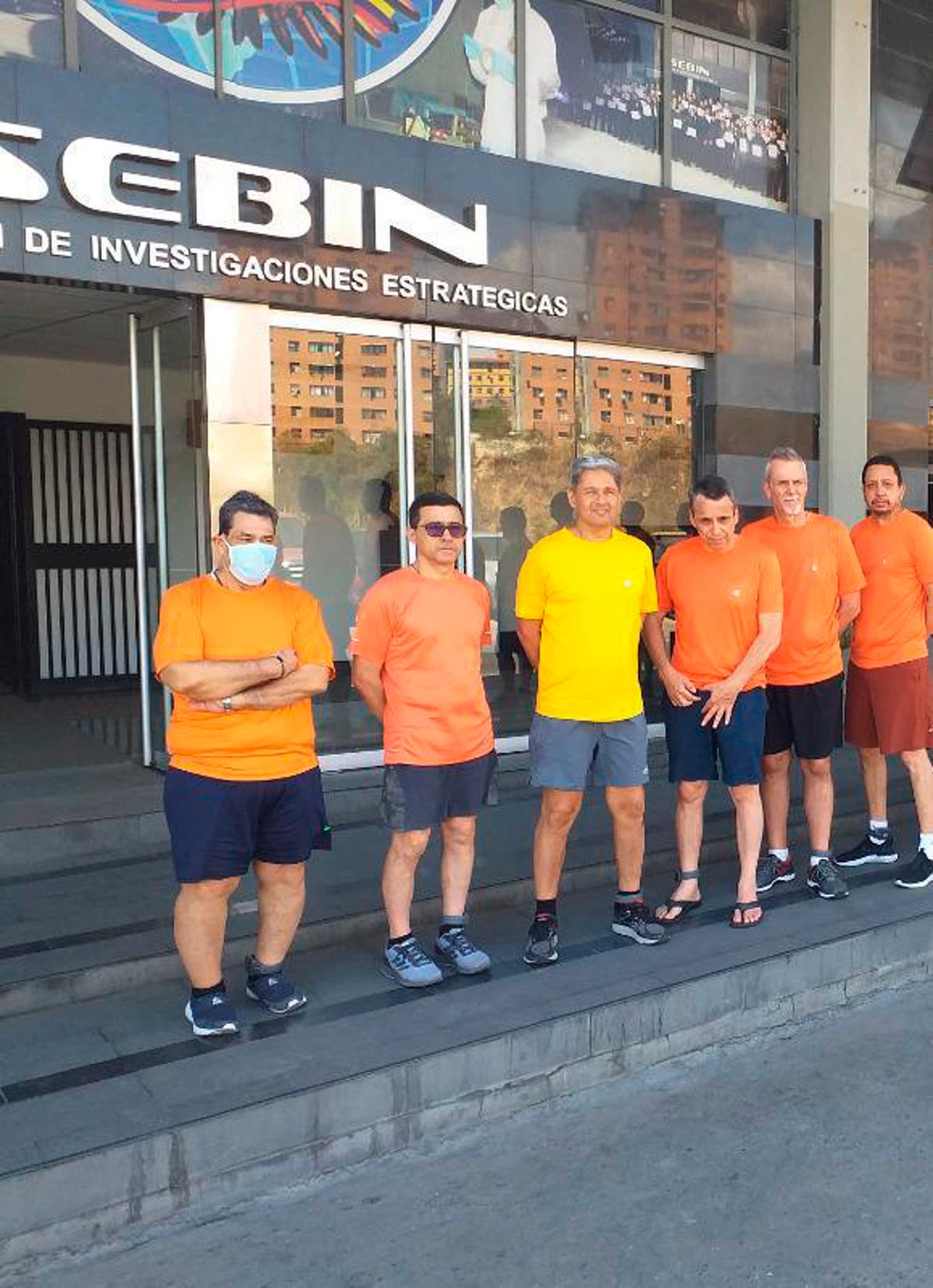 Seven American prisoners have been released from Venezuela after years of captivity, including the remaining five members of the so-called “CITGO 6” US oil executives who were taken into custody in Caracas in 2017.

“I am grateful for the hard work of dedicated public servants across the U.S. Government who made this possible, and who continue to deliver on my Administration’s unflinching commitment to keep faith with Americans held hostage and wrongfully detained all around the world,” Mr Biden said in a White House statement.

“Today, we celebrate that seven families will be whole once more,” he added. “To all the families who are still suffering and separated from their loved ones who are wrongfully detained – know that we remain dedicated to securing their release.”

The release of the seven prisoners was made in exchange for freeing two nephews of Venezuelan leader Nicolas Maduro’s wife, who were in jail on drug charges, according to US officials.

The CITGO 6, named for the US petroleum refining company of the same name, were arrested in Caracas in 2017 on embezzlement charges and had been kept under arrest in Venezuela since. In May of 2021, the Venezuelan government released the men from prison to house arrest within the country, before recapturing them later that year.

Their recapture was thought to be in reliation to the extradition of Alex Saab, a Colombian businessman close to Mr Maduro. Mr Saab was extradited from the West African island nation of Cape Verde in October of 2021 to face money laundering charges in the US.

The businessman says he was a diplomatic representative of the Venezuelan government when he was arrested, and should not face prosecution. He is waiting trial as the case works its way through federal appeals courts.

US officials have been visiting Venezuela throughout the year, including in March and June, “for discussions about the welfare and safety of US nationals in Venezuela,” according to the State Department.

Venezuela broke off full diplomatic relations with the US in 2019 amid a disputed presidential election in which US officials backed Mr Maduro’s opponent Juan Guaido as the rightful winner.

A combination of political infighting, US sanctions, macroeconomic trends, and the Covid-19 pandemic has sent large parts of Venezuelan society into a tailspin, as the population suffers from food and energy shortages, hyperinflation, and the outbreak of preventable diseases.

The United Nations estimates 8 million Venezuelans have fled the country this year, one of the largest movements of refugees since World War II.

In recent years, the US has heavily sanctioned the Venezuelan economy as well as top officials, and the country has severed diplomatic ties with Washington. However, the White House has resumed discussions with the Maduro regime as the Ukraine war impacts global oil supplies.

The Biden administration has faced scrutiny for its efforts regarding Americans imprisoned abroad.

WNBA star Brittney Griner remains in Russian prison despite US efforts to negotiate her release. Ms Griner was arrested in February on drug possession charges and convicted in August for being allegedly found with vape cartridges containing hash oil at a Moscow airport.

Japan, Britain and Italy to build jet fighter together