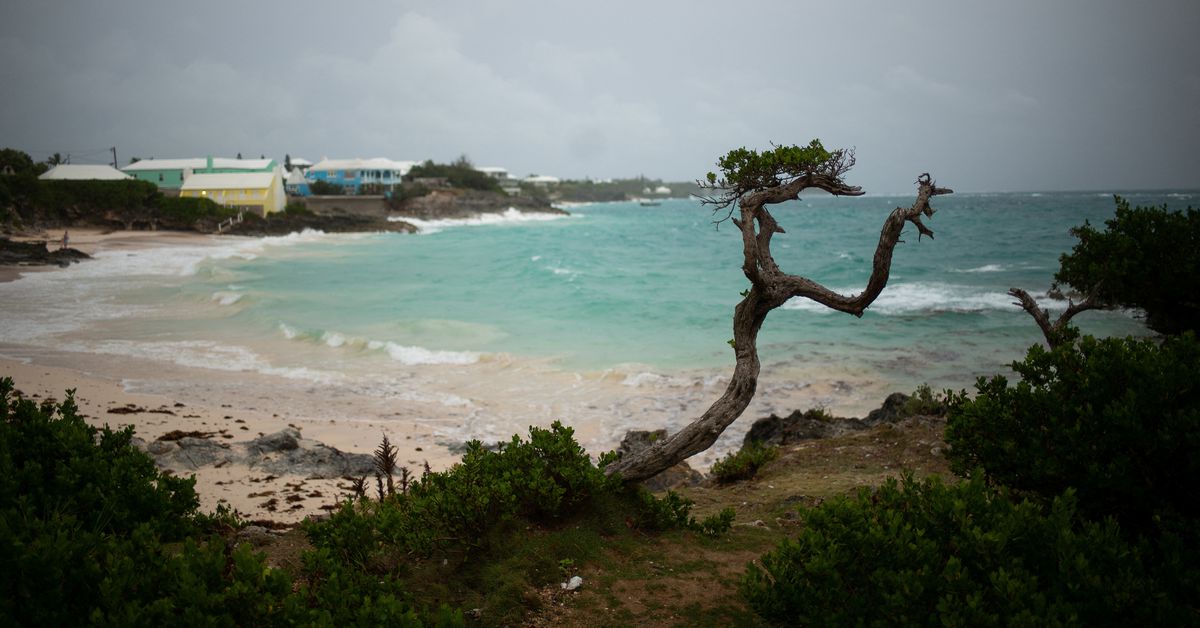 HAMILTON, Bermuda/HALIFAX, Nova Scotia, Sept 23 (Reuters) – Hurricane Fiona drenched Bermuda with heavy rain and buffeted the Atlantic island with hurricane-force winds on Friday as it tracked northward toward Nova Scotia, where it threatens to become one of the most severe storms in Canadian history.

Fiona had already battered a series of Caribbean islands earlier in the week, killing at least eight people and knocking out power for virtually all of Puerto Rico’s 3.3 million people during a sweltering heat wave.

Overnight, the storm approached Bermuda as a Category 4 storm but diminished a notch to Category 3 as it passed well to the west of the British territory. Still, gusts reached as high as 103 miles per hour, the Bermuda Weather Service said in a bulletin.

The Bermuda Electric Light Co, the island’s sole power provider, said about 29,000 customers, or more than 80% of its customer base, had no electricity on Friday morning.

But Michelle Pitcher, the deputy director of the Bermuda Weather Service, said the territory appeared to be largely unscathed.

“It’s been a long night but there are no reports of injuries or fatalities,” she said. “There may be people with roof damage, but so far we haven’t heard of anything bad. As I said, we build our houses strong.”

The latest projections show Fiona making its next landfall on Canada’s Cape Breton Island, home to about 135,000 people, or 15% of Nova Scotia’s population, Environment Canada said on Friday.

A hurricane warning was in effect for most of central and eastern Nova Scotia, Prince Edward Island and Newfoundland. The eye will move across Nova Scotia later on Friday, into the Gulf of St. Lawrence on Saturday and over Labrador on Sunday.

Forecasters say areas close to its path could get up to 8 inches (200mm) of rain, while winds could damage buildings and cause utility outages, with storm surges swamping the coastlines. The country’s two largest carriers, Air Canada and WestJet Airlines, are suspending service within the region starting Friday evening.

Fiona is shaping up to be one of the most powerful storms to reach Canada since Juan in September 2003.

“A lot of the computer forecast models are indicating that this could set a record for the lowest-observed atmospheric pressure in Atlantic Canada,” said David Neil, an Environment Canada meteorologist. “So this does have a chance to be certainly a very, very intense storm, and a possible record setter.”

Matthew Walker, a 31-year-old FedEx driver from Cole Harbour near Halifax, said he planned to stay indoors with his family, taking a rare break from his usual routine of working six days a week.

“I’ve been through Juan and (Hurricane) Dorian, so I feel OK,” he said. “I know it’s going to be historic but I feel it can’t be worse than Juan.”

Fiona already displayed its devastating strength in Puerto Rico and other islands of the Caribbean, killing at least four people in Puerto Rico, the U.S. Federal Emergency Management Agency said.

U.S. President Joe Biden at a briefing in New York on Thursday said the federal government would fund debris removal, power and water restoration as well as shelter and food for the next month.

An estimated 928,000 homes and businesses were still without power in Puerto Rico on Friday morning after Fiona caused an island-wide power outage for its roughly 3.3 million people, according to Poweroutages.com. read more

The numbers indicate a faster pace of restoration than in the aftermath of Hurricane Maria in 2017, although that Category 4 storm was much more powerful than Fiona, a Category 1 when it crossed Puerto Rico with winds of 85 mph. After Maria, which packed winds of 155 mph, almost all 1.5 million customers on the island had no power for a week.

At that time, the now-bankrupt Puerto Rico Electric Power Authority (PREPA) was still operating the grid. It took PREPA about 11 months to restore power to all customers.

Javier Rivera-Aquino, 50, who used to be a farmer in Lares before Hurricane Marie destroyed his livelihood in 2017, said that area farms were still digging out, with coffee fruit knocked off the plants grown in the mountains and whole banana farms washed out in the valleys.

“Total devastation,” he said. “They’re hit bad and I’m not sure what they’ll do.”