Beluga whale: Why is the animal stranded in France’s River Seine 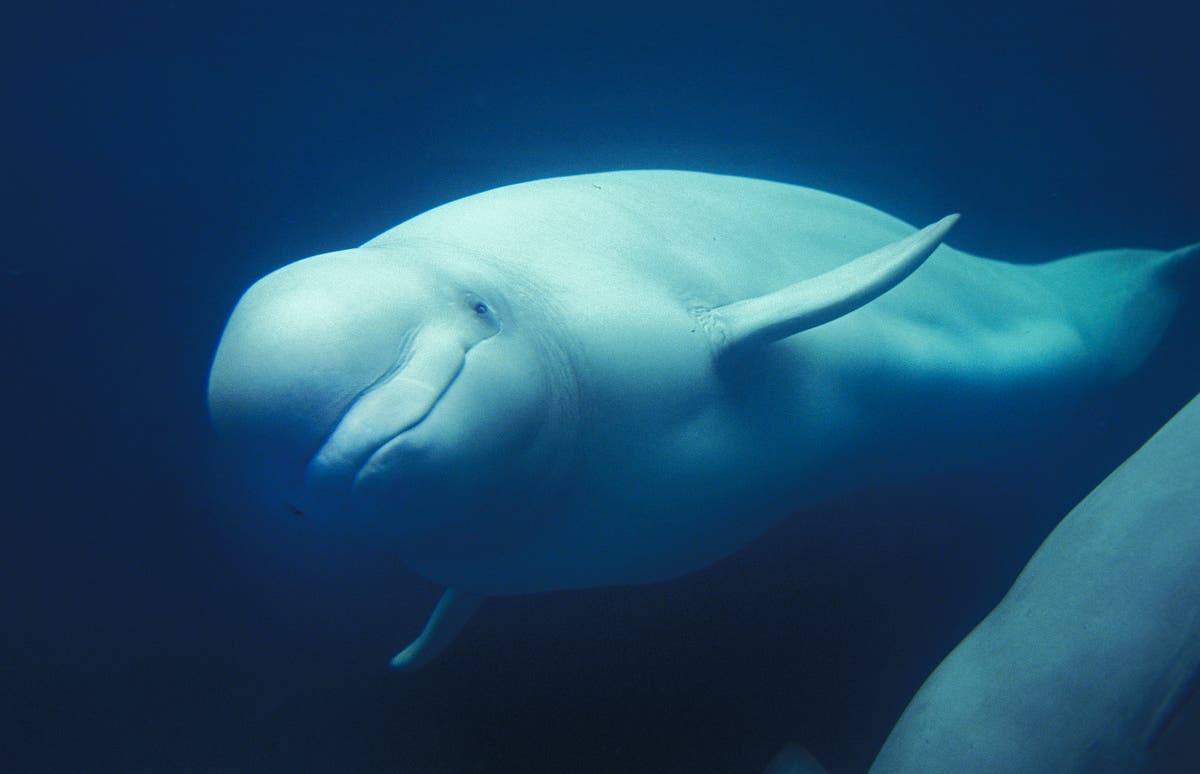 Rescuers have been monitoring the whale with two drones after it was spotted in the river at Saint-Pierre-la-Garenne, 50 miles northwest of Paris, on Wednesday.

Members of the public are being urged to keep away from the whale that appears to be underweight.

What is a beluga whale?

The striking white creature is normally discovered in the depths of the Arctic waters, where temperatures are much cooler than the Seine.

The beluga is characterised by its globular head, which gives it a friendly and comic appearance.

They are not born with their famous white coat, however, as calves are gray or brown and fade to white once they become sexually mature after approximately five years.

Whales are typically very large, but belugas are relatively small in comparison to other members of its wider family, measuring between 13 to 20 feet in length.

Belugas generally live together in small groups called pods, according to National Geographic.

They are very social animals and are also referred to as ‘sea canaries’ as they are the most vocal of all whales.

They can mimic a variety of sounds and communicate through clicks, whistles and clangs.

How did a beluga end up in the Seine?

It is not clear why the animal has strayed so far from its natural habitat of colder Arctic waters, past the port of Rouen, and dozens of miles up a busy waterway towards the French capital.

But the cetaceans have been known to sometimes stray into more southern water and river estuaries, and can temporarily survive in freshwater.

They migrate from the Arctic in the autumn when the sea freezes over and ice forms. However, they often make the journey together in pods.

Lone belugas can occasionally swim furthur south than usual, according to the Eure authorities.

In late May this year, a gravely ill orca which became separated from its pod and swam dozens of miles up the Seine died of natural causes after attempts to guide it back to sea failed.

A month later, another whale, believed to be a 10-metre-long (33 foot) Minke whale, was spotted in the Seine.