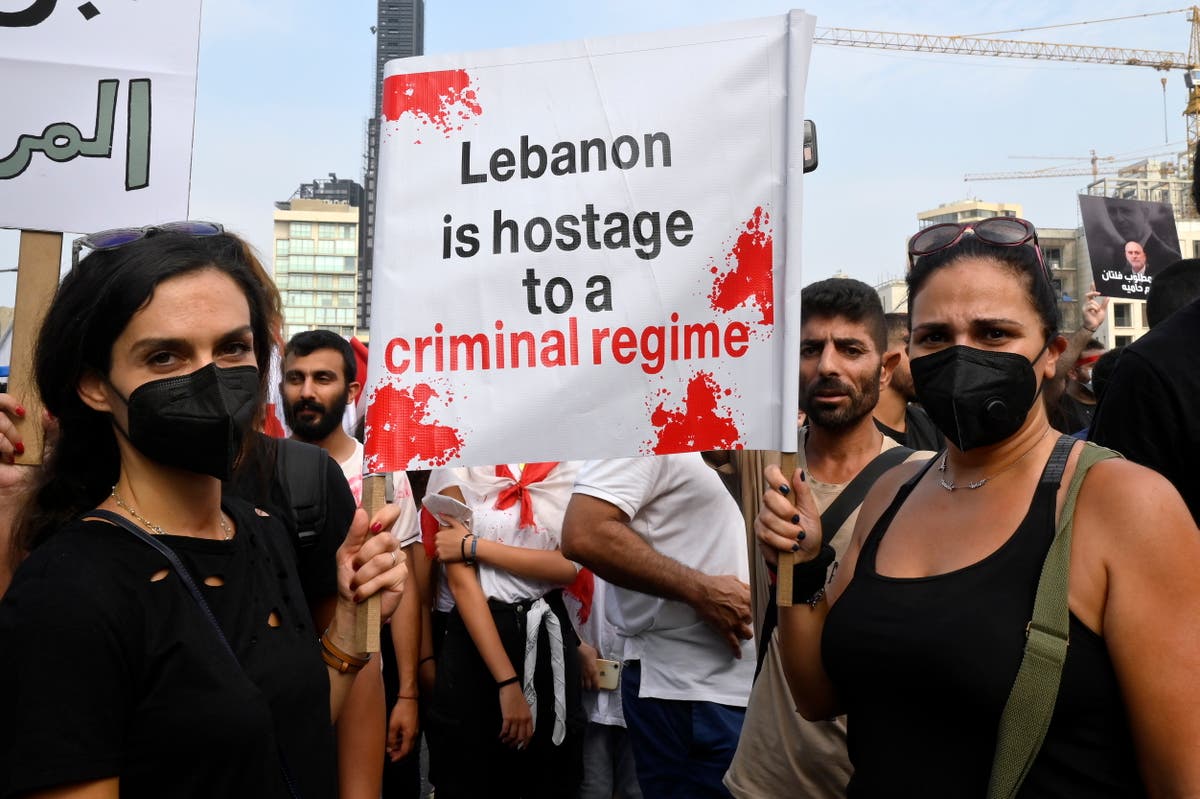 A corner of Beirut’s huge grain silo collapsed on the second anniversary of Lebanon’s port blast that killed nearly 220 people and destroyed swathes of the capital, as hundreds of protesters marched through the devastated city demanding justice for the dead and injured.

Footage shared with The Independent showed the northern corner of the towering structure – that was shredded by the 2020 explosion – tilting at an alarming angle before it crumbled into a massive cloud of toxic dust.

It has been on fire for more than three weeks since fermenting grain trapped inside ignited, but firefighters said they were unable to put the blaze out because so many of the silos are on the verge of collapsing.