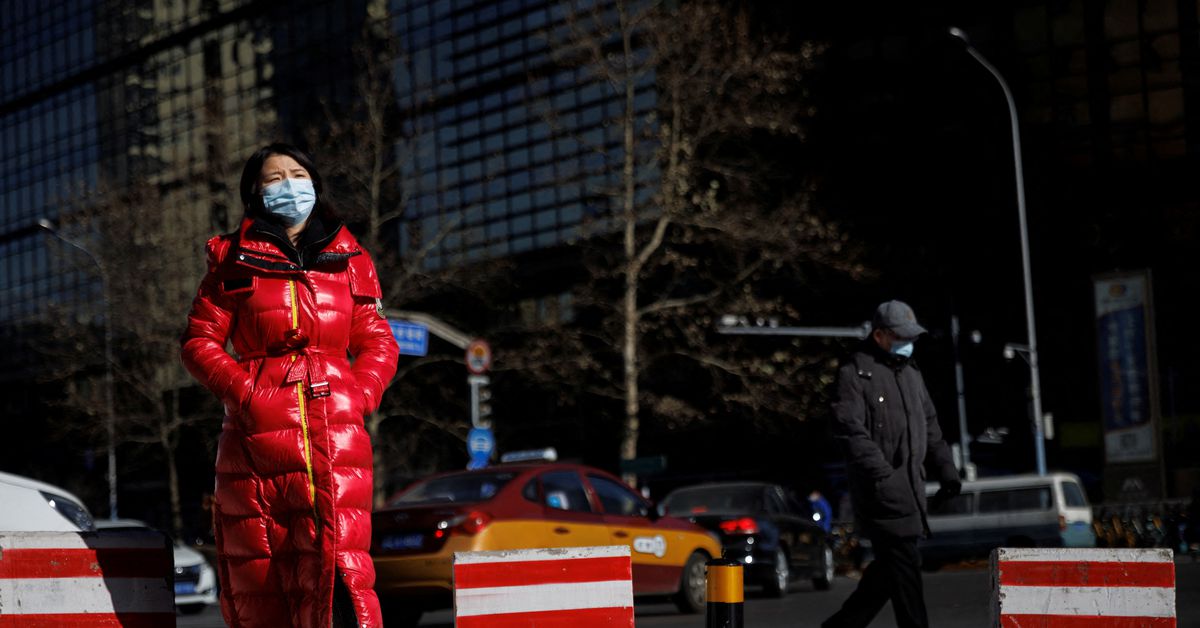 BEIJING, Jan 16 (Reuters) – Beijing will require travellers to get a COVID-19 test within 72 hours of arrival in the Chinese capital, state media announced on Sunday, a day after the city reported its first Omicron case and as it readies to stage the Winter Olympics next month.

On Saturday, the city reported the first local infection of the highly transmissible Omicron variant, involving a person who had visited multiple malls and restaurants in the previous 14 days. The person had not left the city since the start of this year. read more

The new rule, effective from Jan. 22 to end-March, is aimed to help with early detection of Omicron, which is surging globally, and the control of epidemic risks, Beijing Daily, a government newspaper, said on its official social media account.

Already, the capital city requires inbound travellers to take a COVID-19 test within 48 hours of departure for the city and have a green code on the city’s health tracking app.

The city and neighbouring Hebei province will host the Olympics, which start on Feb. 4, inside a “closed loop” separating athletes and other Games personnel from the general public.

In Tianjin, a neighbouring city with close economic ties with the capital that battling a COVID-19 outbreak involving Omicron variant, the city found 59 COVID-19 cases in its third round of mass testing starting on Saturday, He Peng, a local government spokesman, told a press conference on Sunday.

So far, local cases of the Omicron variant have been detected in at least five provinces and municipalities, prompting cities to impose curbs to stop its spread and threatening to further undercut slowing economic growth.

China has not said how many Omicron cases it has detected in total.

“It is too soon to conclude that Omicron will swamp China’s efforts to suppress COVID,” said Mark Williams, chief Asia economist at Capital Economics, in a note issued on Friday.

“But it is clear that the emergence of more transmissible variants is requiring more frequent interventions … And the economic toll from this vigilance is mounting.”

About 13,000 people have been tested for COVID-19 in the Haidian district where the Beijing case was discovered, but none of the results came back positive, Beijing Daily cited official data as saying on Sunday.

However, some religious sites in the city were already being closed to visitors as a precautionary measure. Lama Temple, a Tibetan Buddhist monastery in central Beijing, said on Sunday it was closing down for an unspecified period due to COVID-19 epidemic and control measures.

Some Beijing residents, concerned about being trapped in the city for the upcoming week-long Lunar New Year holiday, were rushing to travel back home early because of the Omicron case.

“It’s worrying that the source of the infection in Beijing remains unclear,” said Shelly Fong, who decided to travel back to her home in Liaoning province on Monday. “If there’s an outbreak in Beijing, I won’t be able to return home.”

Outside Beijing Friendship Hospital on Sunday, queues for getting a COVID-19 test left people waiting in line for hours in frigid temperatures.

Mainland China reported 119 new confirmed COVID-19 cases for Jan. 15, including imported infections, down from 165 a day earlier, according to National Health Commission (NHC) data on Sunday.