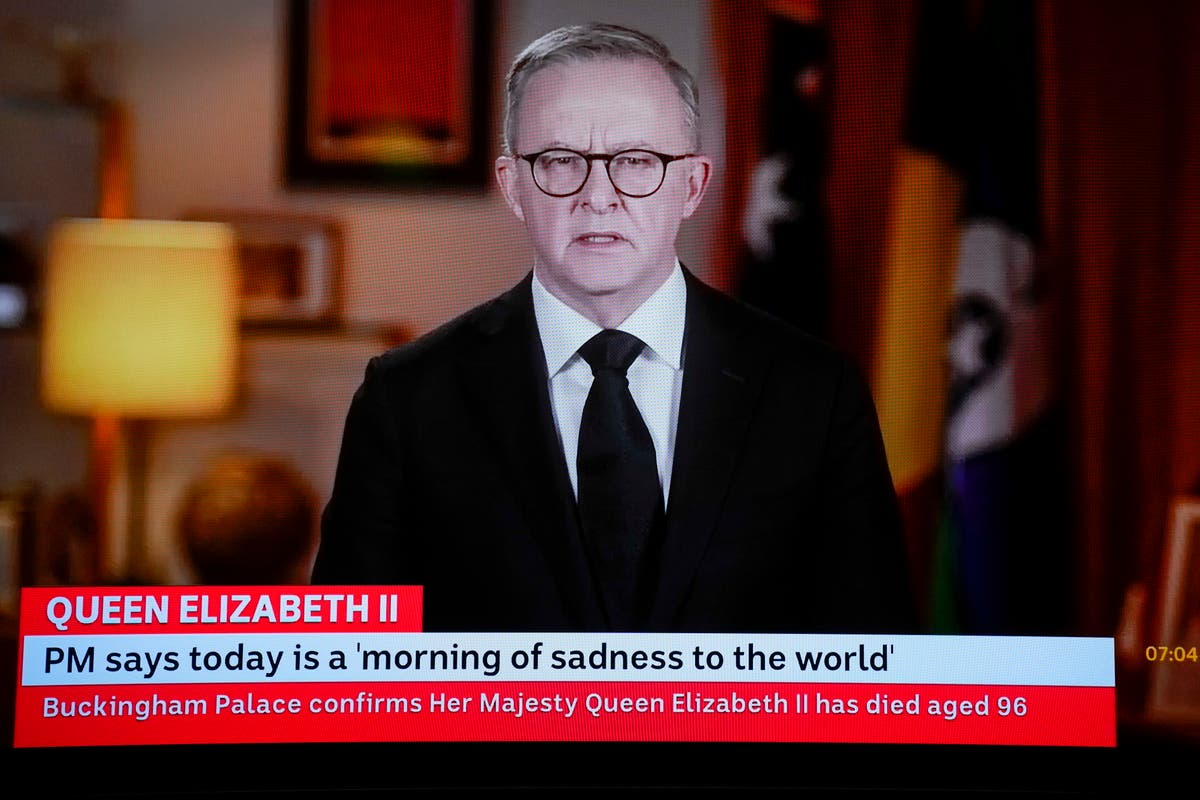 Australian prime minister Anthony Albanese refused to rule out the possibility of holding a referendum on the republic if he is re-elected, saying that it was “inappropriate” to discuss something like this at this point when the people are mourning the death of Queen Elizabeth II.

Mr Albanese, who had started laying the groundwork for an Australian republic after elections in May, changed the plan of holding a referendum after the Queen’s death saying it was not a priority of his first three-year term.

However, that raised questions about whether the referendum is still a plan for any potential further term in office. Meanwhile, his plans to hold a national day of mourning public holiday on 22 September has also come under fire.

Asked about whether he could hold a referendum on the republic in his second term in office, Mr Albanese told ABC News Breakfast: “Well, that’s not for answering now at this point in time.”

While Mr Albanese wants an Australian president to replace the British monarch as the nation’s head of state, he has also defended several traditions to honour the Queen.

His remarks about the possibility of a referendum came as the prime minister tried to defend his decision of an abrupt holiday that has riled up healthcare and emergency workers. He has also defended an obscure and longstanding protocol that bars the nation’s parliament from sitting for 15 days following a British monarch’s death.

Mr Albanese had earlier said that he would not “pursue questions” of constitutional change unless he was re-elected, out of “deep respect and admiration” for the Queen.

“Now is not a time to talk about our system of government,” Mr Albanese told Australian Broadcasting Corp. on Sunday.

“Now is the time for us to pay tribute to the life of Queen Elizabeth, a life well lived, a life of dedication and loyalty including to the Australian people and for us to honour and grieve.”

Mr Albanese will be travelling to London next Thursday to attend the Queen’s state funeral. He would miss at least two days of that sitting week, leaving deputy Richard Marles in charge as acting prime minister.