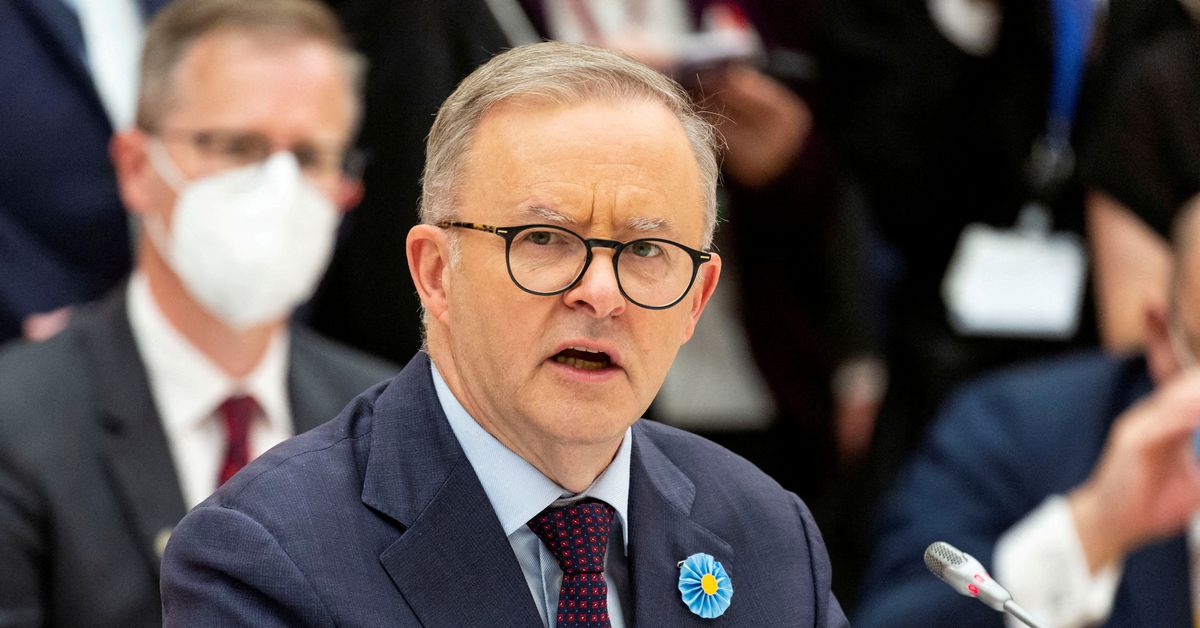 SYDNEY, May 29 (Reuters) – Australia’s new government has had a positive response from Pacific island leaders to its diplomatic engagement, Prime Minister Anthony Albanese said, as he focuses on a region in which China is pushing its influence.

China aims to build on a security pact it recently signed with the Solomon Islands, which has alarmed the United States and its allies who fear a greater Chinese military presence in a region they have held sway over for decades.

“The response has been very positive,” Albanese said in a television interview broadcast on Sunday, when asked about the reaction of Pacific leaders to his government’s approach.

Albanese has said plans for the Pacific include a defence training school, support for maritime security, a boost in aid and re-engaging on climate change. read more

The Sydney Morning Herald reported on Sunday that more than 100 Australian defence personnel will travel to Papua New Guinea for a joint military exercise and to help it tackle cyber threats and organise a general election.

An Australian defence spokesperson was not immediately available for comment.

The new Australian foreign minister, Penny Wong, headed to the Pacific on Thursday for her first foreign trip after the centre-left government was sworn in.

China’s foreign minister, Wang Yi, is also on a tour of the Pacific seeking a 10-nation deal on security and trade.

Fiji’s Prime Minister Frank Bainimarama said on Saturday he had a wonderful meeting with Australian minister, who had earlier told the Pacific Islands Forum secretariat that Australia would listen to Pacific islands on climate change.

China’s Wang left for Fiji on Saturday after a visit to Samoa where he met Prime Minister Fiame Naomi Mataafa and signed a pact on economic and technical cooperation, Samoa said.

In Fiji, Wang is expected to push for a regional deal in a on Monday. read more