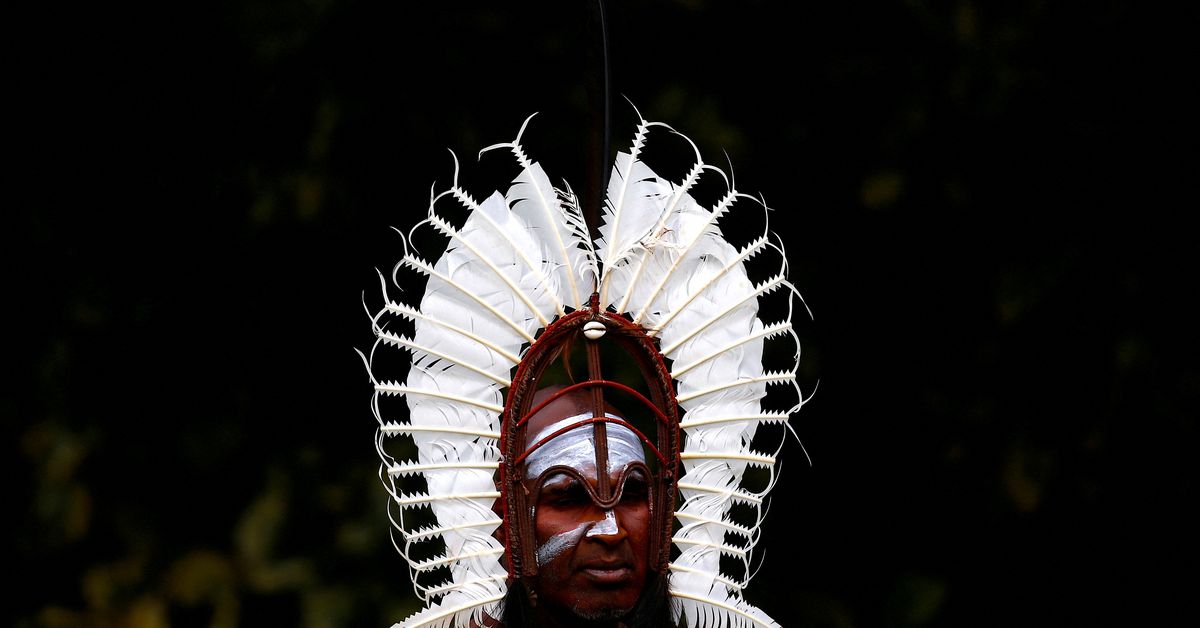 An indigenous man from the Torres Strait Islands wears a traditional dress as he performs during a welcoming ceremony at Government House in Sydney, Australia, June 28, 2017. REUTERS/David Gray/File Photo

GENEVA, Sept 23 (Reuters) – A United Nations committee found on Friday that Australia had violated the human rights of a group of islanders off its north coast by failing to adequately protect them from the impacts of climate change, such as by cutting greenhouse gas emissions.

The complaint, filed over three years ago by eight Torres Strait Islanders and their children, is one of a growing body of climate cases being brought around the world on human rights grounds, and the ruling is expected to embolden others.

“I know that our ancestors are rejoicing knowing that Torres Strait Islander voices are being heard throughout the world through this landmark case,” said Yessie Mosby, a Kulkalgal man and Traditional Owner on the island of Masig who is a claimant in the case. “This win gives us hope that we can protect our island homes, culture and traditions for our kids and future generations to come,” he said.

Environmental charity ClientEarth working with the claimants said it was the first legal action brought by climate-vulnerable inhabitants of small islands against a nation state, setting several precedents.

The Committee said Australia had violated two of the three human rights set out in a U.N. Treaty, the International Covenant on Civil and Political Rights (1966), pertaining to culture and family life, but not article 6 on the right to life.

It called for Australia to provide the islanders with an effective remedy.

Australia’s Attorney-General Mark Dreyfus said in emailed comments to Reuters that the government was working with the islanders on climate change and stressed that the case predated the current administration.

“The Australian Government is considering the Committee’s views and will provide its response in due course,” he added.

Torres Strait Islanders are part of Australia’s indigenous population, along with Aboriginal people, who live on small clusters of low-lying islands dotted between Australia and Papua New Guinea.

The case was filed when the former conservative government, seen as a laggard in the battle against climate change, was in power. Since then, parliament has passed legislation on emissions cuts and Climate Change and Energy Minister Chris Bowen has visited the islands this year.

Some 173 of the 193 U.N. Member States have ratified the Covenant, including Australia. There is no enforcement mechanism but there are follow-up steps, and states generally comply with the committee’s findings.