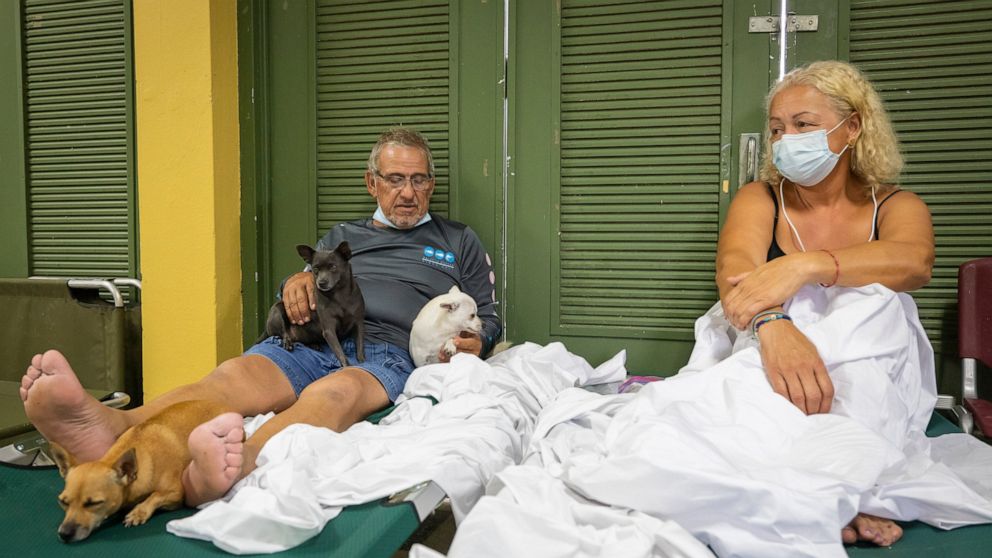 LOIZA, Puerto Rico — Nelson Cirino was sleeping when the roof was blown off his home by Hurricane Fiona in Loiza, Puerto Rico. “I had to run downstairs,” he said.

The storm has been blamed for directly causing at least four deaths in its march through the Caribbean, where winds and torrential rain in Puerto Rico left a majority of people on the U.S. territory without power or running water.

Historic flooding submerged homes in Puerto Rico where people trapped inside had to be rescued; residents took shelter at schools with their pets, drivers navigated blacked out streets and crops were flattened.

In the Dominican Republic, residents waded through flood waters surrounding their homes and worked to clear the mud-filled streets outside their doorsteps, salvaging and cleaning what they could of their homes and belongings.

Fiona strengthened into a Category 4 storm Wednesday after devastating Puerto Rico, lashing the Dominican Republic and the Turks and Caicos Islands and was forecast to squeeze past Bermuda later this week.