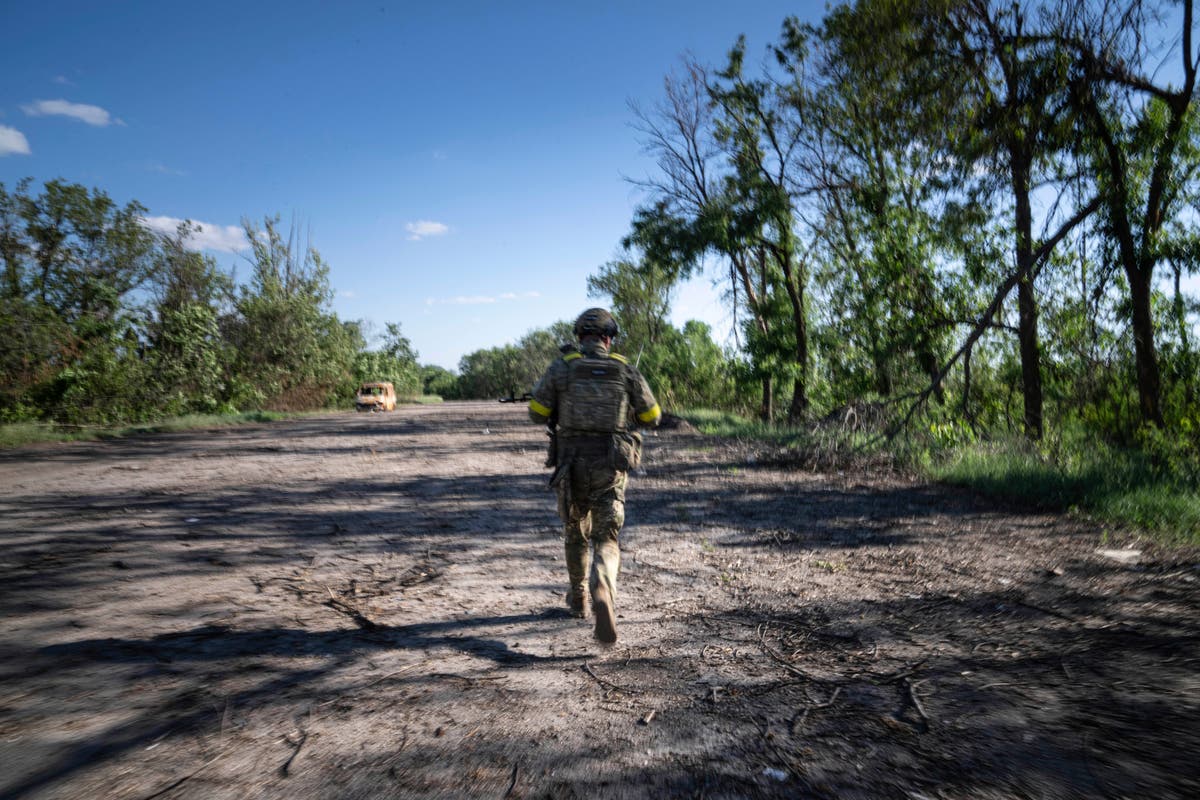 35 YEARS IN AFGHANISTAN — Kathy Gannon has reported on Afghanistan for the AP for the past 35 years, during an extraordinary series of events and regime changes that have rocked the world. Through it all, the kindness and resilience of ordinary Afghans has shone through for her – which is also what has made it so painful for her, she says, to watch the slow erosion of their hope. Gannon says she has always been amazed at how Afghans stubbornly hung on to hope against all odds, greeting each of several new regimes with optimism. But by 2018, a Gallup poll showed that the fraction of people in Afghanistan with hope in the future was the lowest ever recorded anywhere. It didn’t have to be this way, Gannon says. By Kathy Gannon. SENT: 2,270 words, photos, 1,190-word abridged version.

BIDEN-TWO JULYS — President Joe Biden’s sunny speech last July Fourth when he declared that the United States was “closer than ever to declaring our independence from a deadly virus,” marked a crossroads in his presidency. The pandemic appeared to be waning, the economy was booming, inflation wasn’t rising as quickly and public approval of his job performance was solid. A year later, a series of miscalculations and unforeseen challenges has Biden struggling for footing as he faces a potentially damaging verdict from voters in the upcoming midterm elections. And his approval rating has fallen 20 percentage points. By Chris Megerian and Zeke Miller. SENT: 1,210 words, photos.

THE MEANING OF EQUAL — “All men are created equal.” Few words in American history are invoked as often as the preamble to the Declaration of Independence, published nearly 250 years ago. And are few more difficult to define. The music, and the economy, of “all men are created equal” make it both universal and elusive — and adaptable to viewpoints otherwise with little or no common ground. How we use them often depends less on how we came into this world than on what kind world we want to live in. It’s as if “All men are created equal” leads Americans to ask: “And then what?” By Hillel Italie. SENT: 1,390 words, photos.

ABORTION-GERRYMANDERING — State legislatures will be in the spotlight as a result of the U.S. Supreme Court ruling giving the power to regulate abortion to the states. While overturning Roe v. Wade, the high court’s majority said it was time to “return the issue of abortion to the people’s elected representatives.” But some question whether gerrymandering has diminished the ability of state legislatures to truly represent the people’s will. Analyses of election data show that some state legislatures are skewed to the right or left because of the way districts have been drawn to favor Republicans or Democrats. By David A. Lieb. SENT: 1,230 words, photos.

ABORTION CLINIC-WEST VIRGINIA — Nationwide, workers at clinics that shuttered abortion services are feeling fear and stress as they chart a path forward following the U.S. Supreme Court’s decision to overturn Roe v. Wade. At what was West Virginia’s only abortion clinic, the days following the historic court ruling have been filled with grief for staff as their new reality sets in. By Leah Willingham. SENT: 1,250 words, photos.

CAPITOL RIOT-INVESTIGATION — More evidence is emerging in the House’s Jan. 6 investigation that lends support to recent testimony that President Donald Trump wanted to join an angry mob that marched to the Capitol where they rioted. “Stay tuned,” says one member. Another says criminal referrals to the Justice Department, including against Trump, could follow. At least two more hearings are scheduled this month. By Hope Yen. SENT: 620 words, photos.

SUPREME COURT-REGULATING TECH — The Supreme Court’s latest climate change ruling could dampen efforts by federal agencies to rein in the tech industry, which went largely unregulated for decades as the government tried to catch up to changes wrought by the internet. Thursday’s 6-3 decision is widely expected to invite challenges of other rules set by government agencies. By Matt O’Brien. SENT: 940 words, photo.

ITALY-GLACIER-HIKERS KILLED — A large chunk of a glacier in Italy’s Alps has broken loose and killed at least six hikers and injuring eight others. Alpine rescue service officials, which provided that toll Sunday evening, said it could take hours to determine if any hikers might be missing. SENT: 440 words, photos.

ALEXANDER HAMILTON LETTER — A letter written by founding father Alexander Hamilton in 1780 and believed stolen from the Massachusetts state archives decades ago is being displayed publicly for the first time since it was returned to the state after a lengthy court battle. SENT: 310 words, photo.

AUSTRALIA-FLOODS — Thousands of residents in Sydney suburbs have been told to evacuate their homes after heavy rains caused floodwaters to rise and rivers to overflow in what authorities call life-threatening emergencies. SENT: 330 words, photos.

BOX OFFICE — “Minions: The Rise of Gru” has brought in an estimated $108.5 million in ticket sales and on track to set a record for a July Fourth weekend opening. SENT: 810 words, photos.

RUSSIA-UKRAINE-WAR-DEVELOPMENTS — Russia has claimed control over the last Ukrainian stronghold in an eastern province that is key to achieving a major goal of its invasion. But Ukraine’s president said the fight for the city of Lysychansk was ongoing. SENT: 530 words, photos.

BULGARIA-RUSSIAN DIPLOMATS — Two Russian airplanes were set to depart Bulgaria on Sunday with scores of Russian diplomatic staff and their families amid a mass expulsion that has sent tensions soaring between the historically close nations, a Russian diplomat said. SENT: 350 words, photos.

BRAZIL-SEWAGE PROJECT — The low-income Enchanted Valley community just outside Rio de Janeiro’s Tijuca Forest National Park has managed something no other favela has done: built its own biosystem to process its waste. The project could serve as an example in rural areas across Brazil, where many lack access to sewage treatment facilities. SENT: 540 words, photos.

SRI LANKA — Cash-strapped Sri Lanka has extended school closures for one week because there isn’t enough fuel to get teachers and children to classrooms. SENT: 530 words, photo.

PAKISTAN-BUS ACCIDENT — An official says a passenger bus slid off a mountain road and fell into a ravine in heavy rain in southwest Pakistan. The accident Sunday killed 19 people and injured 12 others. SENT: 140 words, photos.

GERMANY-PRIDE-COLOGNE — Around 1 million people have turned out for the Pride parade in the western German city of Cologne either to participate or to watch the colorful festivities. SENT: 180 words, photos.

VATICAN-CONGO — Pope Francis has greeted members of the Congolese community in Rome after knee trouble forced him to cancel a planned pilgrimage to Africa. Francis was supposed to visit Congo and South Sudan during July 2-7. SENT: 420 words, photos.

NIGERIA-CHILDREN RESCUED — Police in Nigeria say they have freed at least 77 people who were kept in a church basement by pastors who preached to them about Christian believers ascending to heaven with the second coming of Jesus Christ. SENT: 330 words.

HONG KONG MUSEUM — China’s famed Palace Museum has displayed artifacts at a museum in Hong Kong amid a drive to build loyalty to Beijing in the former British colony that reverted to Chinese rule 25 years ago. SENT: 390 words, photos.

FATAL POLICE SHOOTING-OHIO — Authorities in Ohio said a Black man shot and killed by Akron police officers in a hail of bullets following a vehicle and foot pursuit was unarmed at the time of the shooting. They said a gun and loaded magazine were recovered from his vehicle and a shot appeared to have come from the vehicle during the pursuit. UPCOMING: 400 words by 3 p.m., photos.

TEXAS SHOOTING — Police say a gunman killed two people and wounded four others, including three police officers, before taking his own life at a home in the Dallas-Fort Worth area. A detective says the officers returned fire after being shot at while responding to a report of gunshots at the home in a residential neighborhood. SENT: 320 words.

BLACK JEWISH LEADER-PROFILE — Nate Looney is a Black man who is also an observant, kippah-wearing Jew. As a person of color, he has had to deal with suspicious looks and double takes in synagogues. Looney is now in a new role to promote inclusivity and security for people of color at the Jewish Federations of North America. SENT: 1,170 words, photos.

FUNERAL HOME INVESTIGATION — Police are investigating after more than 30 bodies, some decomposing, were found inside a southern Indiana funeral home. SENT: 220 words.

CHICAGO VIOLENCE-OFFICER SHOT — Bail has been set at $2 million for a man who prosecutors say shot a Chicago police officer multiple times as the officer stepped off an elevator while responding to a domestic disturbance call. SENT: 250 words, photo.

MOTHER FATALLY SHOT — The ex-boyfriend of a New York City woman shot dead as she pushed their infant daughter in a stroller has been ordered jailed without bail in a shooting prosecutors described as a “premeditated execution.” SENT: 240 words, photo.

MIDWEST-AQUACULTURE — Although fish and seafood consumption is on the rise in the U.S., the number of Midwest aquaculture farms is declining, and many fish producers say they face challenges getting their produce to consumers. SENT: 960 words, photos.

BRITAIN-OBIT-BROOK — British theater and film director Peter Brook has died at age 97. Brook was known for an influential and distinguished career which saw him garner worldwide acclaim. SENT: 290 words, photos.

PUERTO RICO-RICKY MARTIN — Representatives for Ricky Martin have denied allegations that led to a restraining order against the Puerto Rican superstar, who has not been charged with any crime. Police said Saturday that a judge had issued the order against Martin, but authorities trying to serve the order were unable to find the superstar in the Puerto Rican town of Dorado where he lives. SENT: 210 words, photo.

TEN-WIMBLEDON — Novak Djokovic tries to move a step closer to a seventh Wimbledon title as the fourth round begins. It is the start of the tournament’s new plan to schedule matches on the fortnight’s middle Sunday. UPCOMING: 750 words, photos by 6 p.m. With TEN-WIMBLEDON-THE LATEST; TEN-WIMBLEDON-FEDERER — Roger Federer says he hopes to play one more time at Wimbledon before retiring from tennis. SENT: 760 words, photos.

CAR–NASCAR-ROAD AMERICA — Chase Elliott has the pole position as he attempts to win the Cup Series race at Road America for the second straight year. UPCOMING: 700 words, photos. Race starts at 3 p.m. With NASCAR-ROAD AMERICA-BRANDON BROWN — Brandon Brown wanted a way to change the narrative behind the “Let’s go, Brandon” message after his first career NASCAR victory inadvertently fostered a chant that has been used to insult President Joe Biden. Brown found that new message thanks to the family of an 8-year-old boy with autism. SENT: 580 words, photos.

HOW TO REACH US