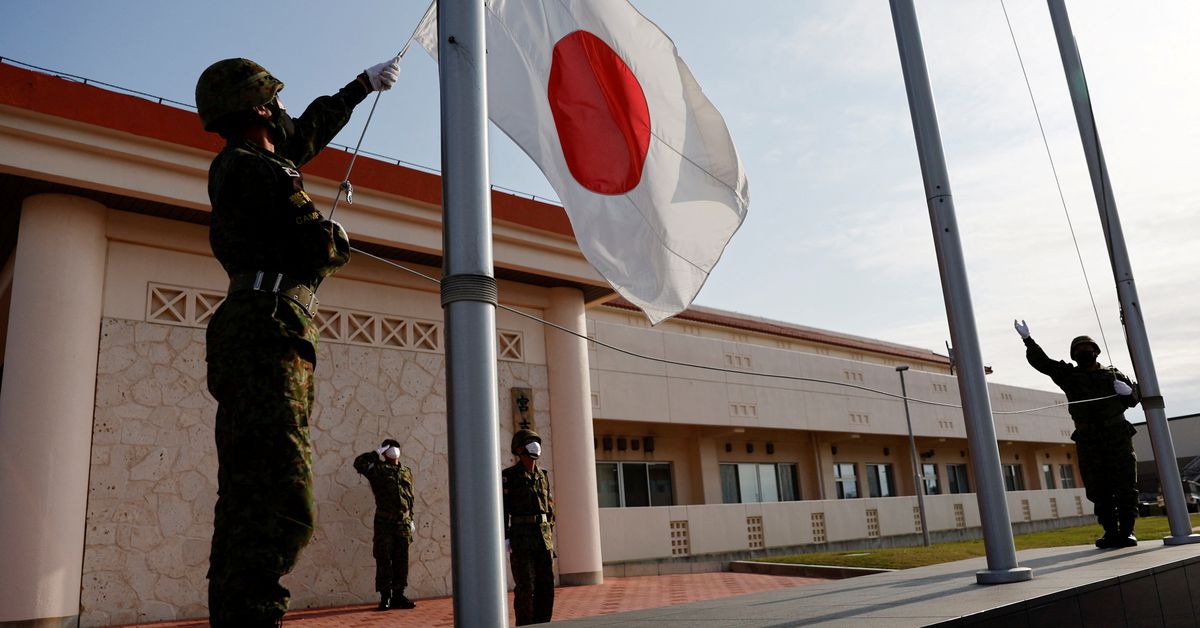 TOKYO, Aug 5 (Reuters) – China’s firing of missiles into waters less than 160 km (100 miles) from Japan in a display of might after Nancy Pelosi visited Taiwan will likely bolster public support for a military build-up aimed at defence against Japan’s big neighbour.

China launched five ballistic missiles into the sea at the western end of the Okinawa island chain on Thursday, part of flurry of military exercises and activity two days after the U.S. house speaker became the highest-ranking U.S. official to visit self-ruled Taiwan in 25 years. read more

“It clearly shows that if anything happened with Taiwan that we will be affected,” said Taro Kono, a senior ruling Liberal Democratic Party lawmaker and former foreign and defence minister.

“The tide has clearly turned in Japan,” he added, when asked whether the public would back higher military spending.

Defence is a divisive issue in Japan, which, as a legacy of World War Two, has a pacifist constitution and an enduring public wariness about entanglement in U.S.-led wars.

The spending plan will be followed by a year-end overhaul of defence policy expected to include a call for the acquisition of longer-range munitions to fend off China, which in 2019 replaced North Korea in Japan’s assessment as its primary national security threat. read more

Concern about Chinese military activity in the seas and skies around Taiwan and Japan has intensified since Russia invaded Ukraine in February, because Japan worries it provides China with a precedent for the use of force against Taiwan that the United States may not directly intervene to stop.

“The military balance has greatly changed around Taiwan,” said retired admiral Katsutoshi Kawano, who served as chief of the Japanese Self-Defence Forces’ Joint Staff for five years until 2019.

“I hope defence budget discussions will get serious.”

In a manifesto ahead of legislative elections last month, Kishida’s LDP pledged to double defence spending to 2% of gross domestic product over five years, which would make Japan the world’s third biggest military spender after ally the United States and China, according to a 2021 defence budget ranking published by the Stockholm International Peace Research Institute. read more

Kishida, who condemned China’s action, has promised to increase defence spending “substantially” but has yet to say by how much and how fast.

He has also declined to say whether Japan’s militarization would be paid for by cuts to public spending elsewhere, or through borrowing or a combination of the two.

China’s missiles have given Kishida a chance to clarify his position, especially given questions about to what extent the United States would step into a crisis, said Takashi Kawakami, a professor at Japan’s Takushoku University in Tokyo.

“Japan clearly needs to show it is ready to fight,” Kawakami said.

During the last major Taiwan crisis in 1996, China conducted missile drills to intimidate the island but China’s much weaker military was unable to deter the United States from sending warships, including a U.S. aircraft carrier strike group, through the Taiwan Strait separating mainland China from the island.

China has increased defence spending about 20-fold since then and has hundreds of ballistic missiles able to strike targets, including ships, hundreds or thousands of kilometres away with much greater accuracy.

The USS Ronald Reagan, the only forward-deployed U.S. carrier, on Thursday patrolled the Philippine Sea in the Western Pacific on “scheduled operations”.

Bonji Ohara, senior fellow at the Sasakawa Peace Foundation and a former military attache at Japan’s embassy in China, said it was a political decision by the United States to maintain that low-key presence.

“There is also the reality that China is a stronger military power now. If it was the same as it was in 1996, America may have put a stop to it,” he said, referring to the burst of Chinese military activity this week.

Reporting by Tim Kelly and Nobuhiro Kuboing by Robert Birsel