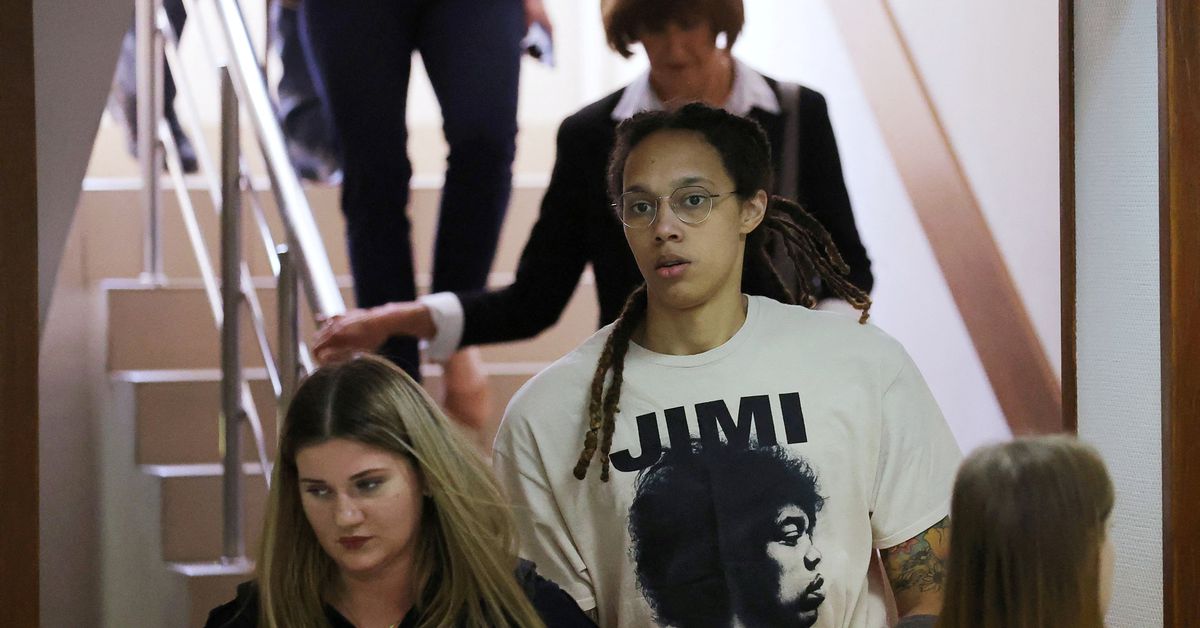 U.S. basketball player Brittney Griner, who was detained in March at Moscow’s Sheremetyevo airport and later charged with illegal possession of cannabis, is escorted before a court hearing in Khimki outside Moscow, Russia July 1, 2022. REUTERS/Evgenia Novozhenina

July 7 (Reuters) – Russia said on Thursday that it was difficult to exchange prisoners with the United States and suggested Washington be silent about the fate of Brittney Griner, the U.S. basketball star detained in Russia on drugs charges.

Referring to a letter that U.S. President Joe Biden intends to send to Griner according to NBC news, Deputy Foreign Minister Sergei Ryabkov said that “hype” around the case does not help, and that “this kind of correspondence does not help”.

The United States and Russia swapped prisoners in late April when Moscow released former U.S. marine Trevor Reed from a Russian prison and, in return, Washington freed Konstantin Yaroshenko, a Russian pilot who had been jailed on drug trafficking charges in the United States.

The exchange came as the ties between the two countries sank to their worst in decades over Russia’s invasion of Ukraine.

Griner was arrested on Feb. 17 at Moscow’s Sheremteyevo airport, after cannabis-infused vaporiser cartridges were allegedly found in her lugggage. She faces 10 years in prison on drugs charges.

She went on trial last week and her next hearing is due to start on Thursday.

Since Reed’s release, calls to the Biden administration to do more to secure the freedom of Griner and other Americans detained in Russia and elsewhere overseas have intensified.

On Wednesday, Biden and Vice President Kamala Harris spoke on the phone with Cherelle Griner, the basketball star’s wife, assuring her to do “whatever is necessary” to secure the release of the two-time Olympic gold medalist as soon as possible.