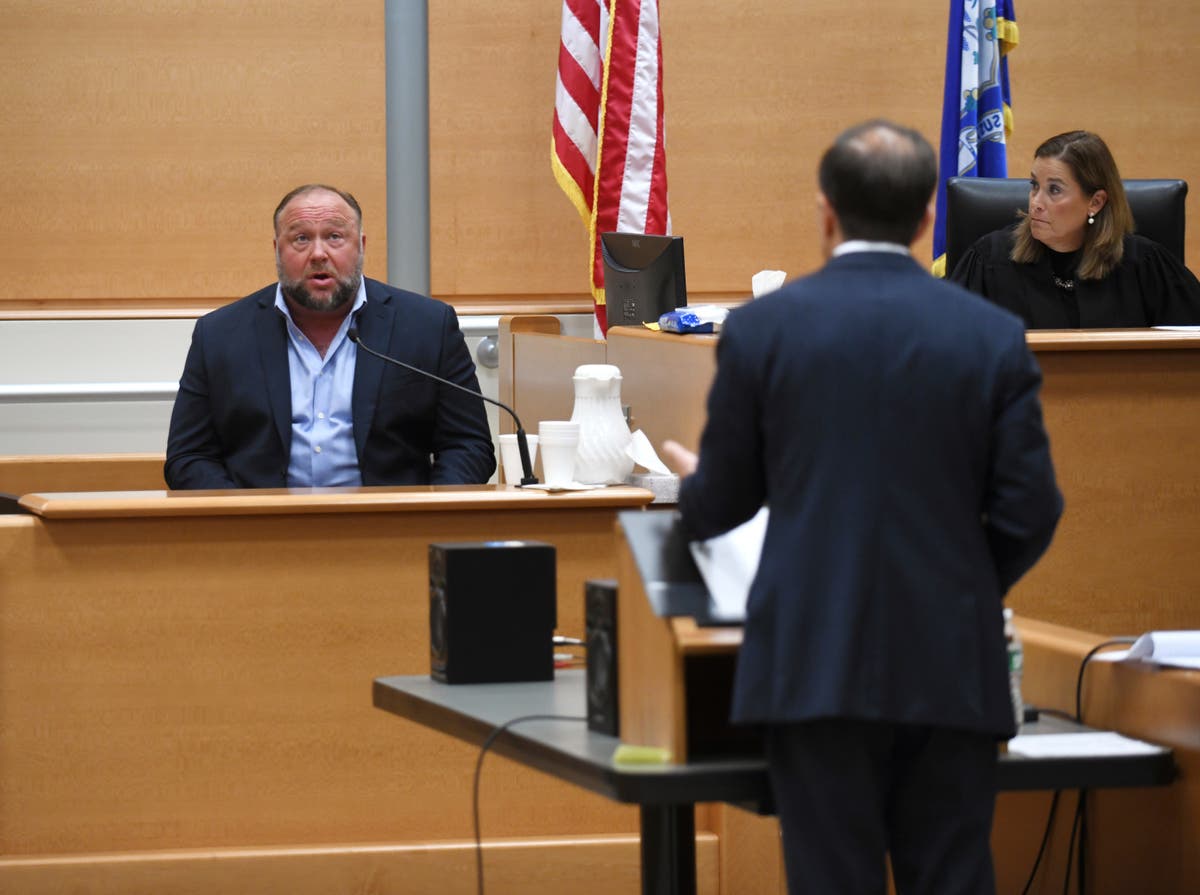 Alex Jones’ lawyer admitted to a judge that he had expected more outbursts from the conspiracy theorist after he sarcastically answered a question during testimony in the latest Sandy Hook trial.

Attorney Norm Pattis was summoned by Judge Barbara Bellis to explain his client’s unruly behavior after she cleared the court on Thursday.

“Overall responsive and my client is fatigued,” is how Mr Pattis described Jones’s behaviour as the conspiracy theorist he took the stand and gave evidence at the defamation trial in Connecticut.

Mr Pattis could also be heard explaining while the jury was absent that he was surprised Jones had not lost his cool more often as he testified.

It came after Jones was questioned by Chris Mattei, a lawyer for the victims’ families, about why he had commended his supporters for putting up Infowars stickers around the courthouse.

Jones then reacted angrily after being asked if he thought he was in a “puppet court” as he said earlier this week on his Infowars show.

“It’s not mostly peaceful protest when they burn down $2bn dollars of buildings, but when conservatives put up stickers it’s bad,” Jones said sarcastically after the video was played. “I know we all need to go to prison.”

The judge immediately sent out the jury and had a sidebar with the lawyers to discuss his behaviour.

Later in the day, after a string of outbursts, the judge told the lawyers that she may hold Jones in contempt of court if it continues.

This is the second defamation trial from a lawsuit that Mr Jones has lost with Sandy Hook victims’ families.

In a Texas trial last month, Mr Jones admitted that he knew the 2012 massacre was real – and not a “hoax” as he had previously claimed it was.

In that case, he was ordered to pay $4.11m in compensatory damages and $45.2m in punitive damages to Neil Heslin and Scarlett Lewis, the parents of six-year-old victim Jesse Lewis.

Now, jurors in Connecticut will decide how much Mr Jones must pay those families in damages.

In Quebec, the Independence Movement Gives Way to a New Nationalism