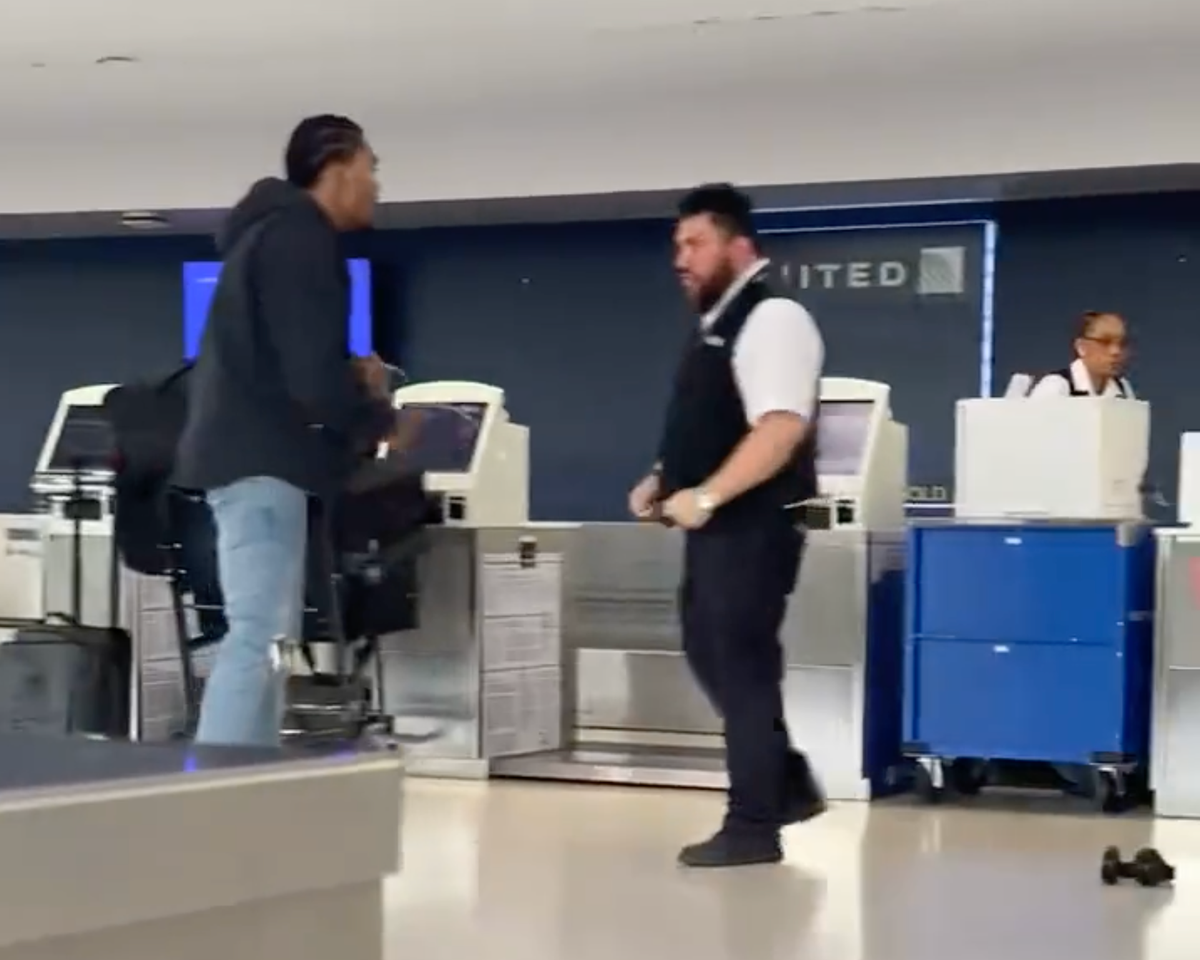 A United Airlines worker who got in a fistfight with a former NFL player has been fired, the airline has confirmed.

On Monday, a viral video emerged of a vicious brawl between the employee and an irate customer, who later turned out to be former Denver Broncos cornerback Brendan Langley, at Newark Liberty International Airport in New Jersey. The video does not show who started the fight, but United later said the worker had lost his job at United Ground Express, a subsidiary of United.

“United Airlines does not tolerate violence of any kind at our airports or on board our planes and we are working with local authorities in their investigation of this matter,” the airline said in a statement. “United Ground Express informed us that the employee has been terminated.”

The airline did not name the employee who was fired.

Mr Langley, meanwhile, was arrested and then released on his own recognizance, according to the Port Authority. He has been charged with simple assault.

The football player later complained about the incident in a lengthy Twitter rant.

“Newark Airport is the devil,” Mr Langley tweeted. “And @united y’all ain’t off the hook… worst customer experience in the entirety of my life on Heaven!!!!”

Mr Langley also said he acted in self-defense, and blamed other United employees for not working to “de-escalate” the situation.

“It’s crazy how you can get assaulted by an actual airline employee and defend yourself, but media will run the narrative that they want to,” the former Bronco said, without specifying how he felt the story had been misrepresented. “Every angle shows me walking away from buddy, I had a whole a** flight that morning [and] I did not want any smoke! He followed me all the way down to the kiosk just to cause me bodily harm.”

In the video, which begins after the fight has already begun, Mr Langley can be seen throwing punches at the employee, who appears to dodge them. The worker stumbles backward toward the check-in desk, and then walks back up to Mr Langley and slaps him.

“You saw that s***?” Mr Langley yells to a group of onlookers. By this point, several people are watching the fight, some waving their hands and shouting “Stop!”

Mr Langley then advances, throwing several punches and chasing the employee back toward the desk, where the worker trips over some luggage and falls hard on his back, his legs flying into the air. When he returns to his feet, his head is partly covered in blood. Wobbling and off-balance, he approaches Mr Langley again.

“If somebody don’t grab him, he gonna die today,” Mr Langley tells someone off-camera. “He works at the airport and he assaulted me!”

At that point, another airline employee intervenes.