11 dead and over 600,000 displaced as rain lashes parts of India under the grip of heatwave 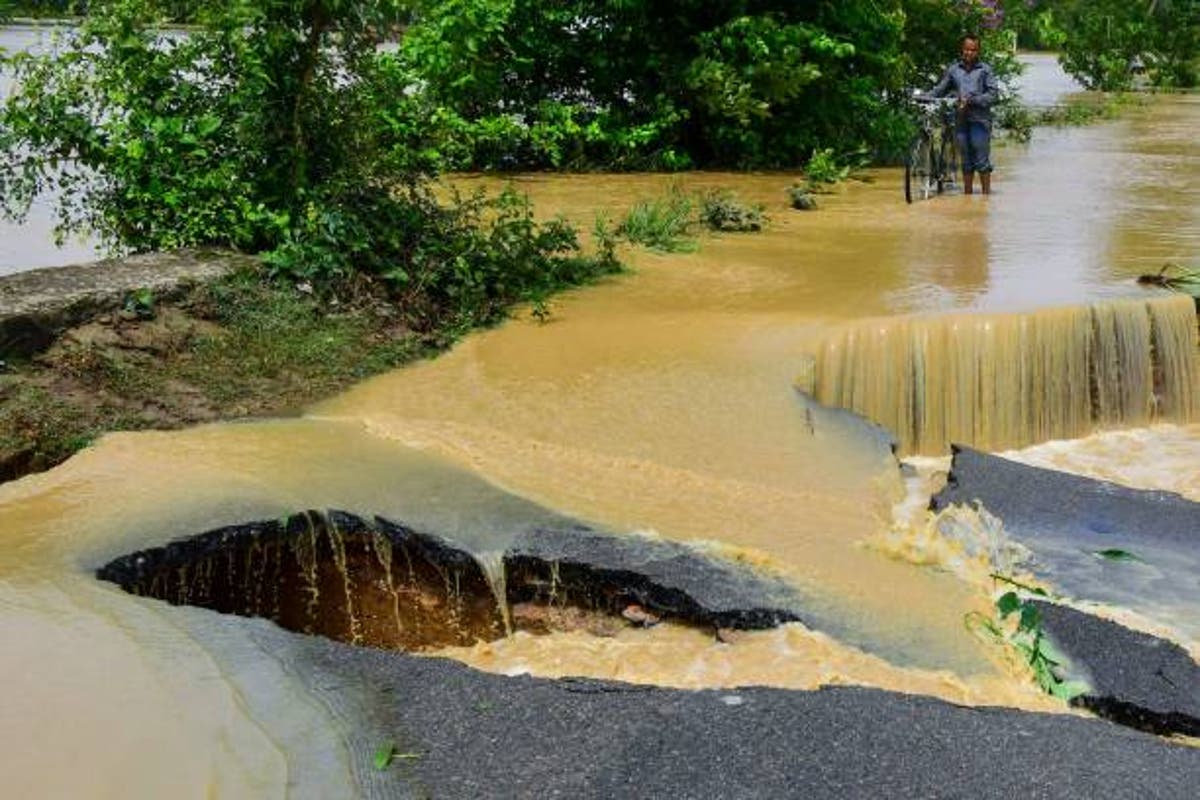 At least 11 people have died in floods and landslides in the northeastern and southern parts of India and thousands have been displaced as large swathes of the country remain in the throes of heavy rain and an unusually intense heatwave at the same time.

Nine died and more than 600,000 have been displaced in the state of Assam as torrential rains triggered the landslides and flash floods, inundating 1,500 villages and breaching the banks of one of the world’s largest rivers, the Brahmaputra, which flows into India from neighbouring Bangladesh.

There has been non-stop rainfall over the last four days in many parts of the state. But the situation is expected to only become worse as weather forecasters predicted heavy rainfall till Friday.

The state’s disaster management agency said roads, bridges, and railway tracks have been destroyed in several districts, making it difficult to supply relief to affected villages.

The district of Nagaon was worst-hit, with 288,000 people affected.

“The situation remains extremely grave in the worst-hit Dima Hasao district, with both rail and road links snapped due to flooding and landslides,” Assam’s revenue minister Jogen Mohan, who is overseeing the relief efforts, said.

However, there is hope that transport links will be fixed soon. “The rail link will take around 45 days to be restored, while road connectivity will be up and running in the next two to three days,” Mr Sarma said.

Indian soldiers and army choppers have been roped in to conduct rescue and relief operations. They retrieved more than 2,000 people trapped in the district of Hojai.

Meanwhile, two people died in the city of Bengaluru in southern Indian state Karnataka in the last 24 hours as heavy rain pummelled the city. Authorities had issued a red alert in coastal areas on Wednesday.

Authorities in another southern Indian state, Kerala, have also issued a warning in 12 districts. The entire state, except for Thiruvananthapuram and Kollam, has been put on alert for severe circumstances.

However, wider regions in northern India are still experiencing a scorching heatwave that has going on since March. An eight-year-old boy died on Monday afternoon in Punjab after he got sick from intense heat, The Indian Express reported.

Heatwaves are also forecast in parts of Rajasthan, Haryana, Madhya Pradesh, Vidarbha and Uttar Pradesh states. The maximum temperature looks set to be above 45C in isolated parts in the desert state of Rajasthan.

After the mercury touched 50C in some parts of Delhi and Uttar Pradesh on Sunday, India’s capital city’s maximum temperature on Thursday would be 44C, according to the forecast.

And according to a study by the Met Office, climate change is making record-breaking heatwaves in northwest India and Pakistan 100 times more likely.