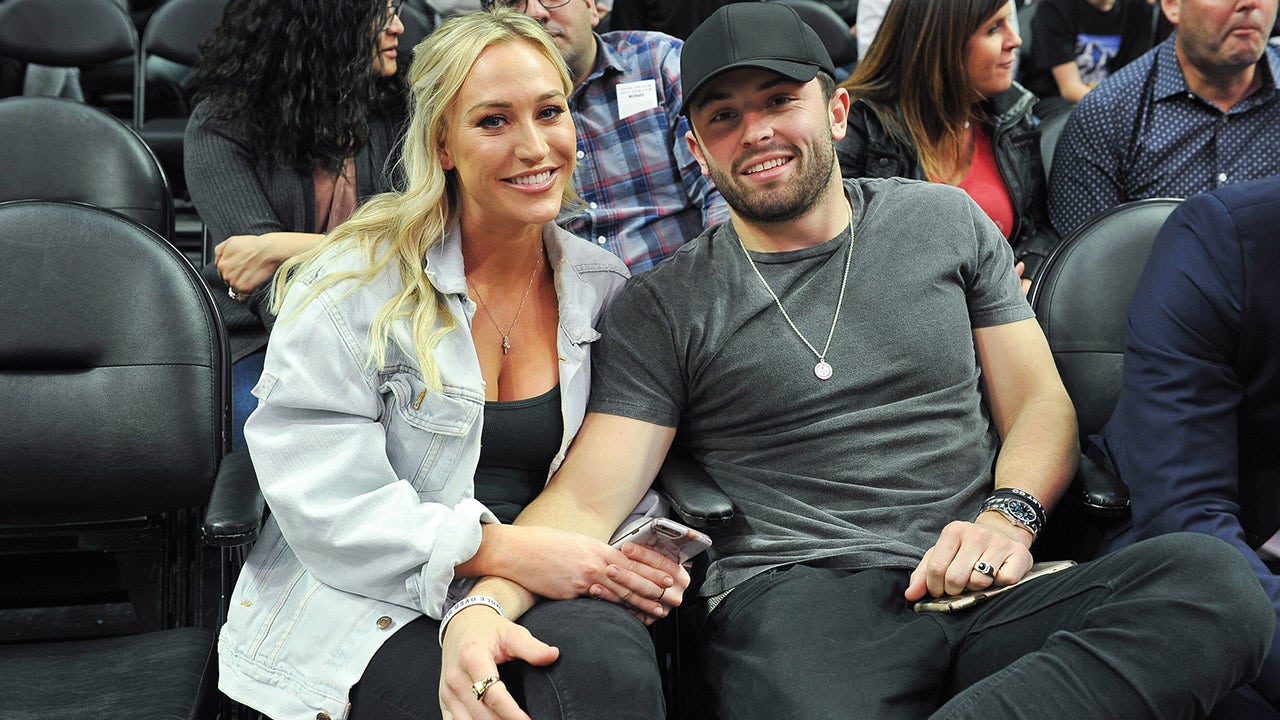 Drama is definitely brewing in Cleveland where the Super Bowl-hopeful Browns find themselves in last place in the AFC North with an offense that has been sputtering along and emotions are now at the boiling point.

Never one to miss an opportunity to stand up for her husband against ungrateful Browns fans, and now apparently the father of a wide receiver, Emily Mayfield fired up Twitter to jump into the fray by liking a tweet that seems to show Browns players are failing Baker.

Now, this might not seem like much to those outside the Browns bubble, but we have a clear and present escalation here, folks. There is no way Emily Mayfield is going to let her husband take the fall for a 4-4 start to the season.

CLEVELAND, OH – SEPTEMBER 8, 2019: Cleveland Browns fans and quarterback Baker Mayfield #6 of the Cleveland Browns celebrate after a rushing touchdown by Dontrell Hilliard in the first quarter of a game against the Tennessee Titans on September 8, 2019 at FirstEnergy Stadium in Cleveland, Ohio. Tennessee won 43-13.
(Nick Cammett/Diamond Images via Getty Images)

In the other corner, you have OBJ fans who see their hero with one catch for six yards against the Steelers. They see a receiver who has 17 catches this season for 232 yards and no touchdowns.

And he’s clearly not happy.

Now the Browns have a disgruntled wide receiver and the quarterback’s wife who is as feisty as they come. This is where the wheels can come off real fast if head coach Kevin Stefanski doesn’t get a handle on things FAST.

In October, after a loss in Los Angeles, Emily fired up Instagram Story to slam Browns fans who were solely blaming the team’s 47-42 loss on her husband.

FILE – In this Aug. 8, 2019, file photo, Cleveland Browns’ Baker Mayfield, left, smiles as he talks with wide receiver Odell Beckham Jr. during the second half of an NFL preseason football game against the Washington Redskins in Cleveland. Beckham believes the Browns offense will come around. Until then, he’s going to defend Mayfield. (AP Photo/David Richard, File)

“You truly don’t know what you have. I have watched him give his all and change the entire culture in CLE, yet he gets so little credit for it. He never asks for recognition and continues to carry the weight day in and day out, despite the hate. If you’re a true fan, SUPPORT our guys. Baker, and everyone else. The hate does NOTHING for them.”

This is a powderkeg situation in Cleveland, especially when there’s a looming offseason contract to be discussed for the quarterback who now has a bum left shoulder injury and a team that could quickly fall into complete disfunction.

Sunday Night Football: Cowboys too much for Colts in fourth quarter of a 54-19 beatdown