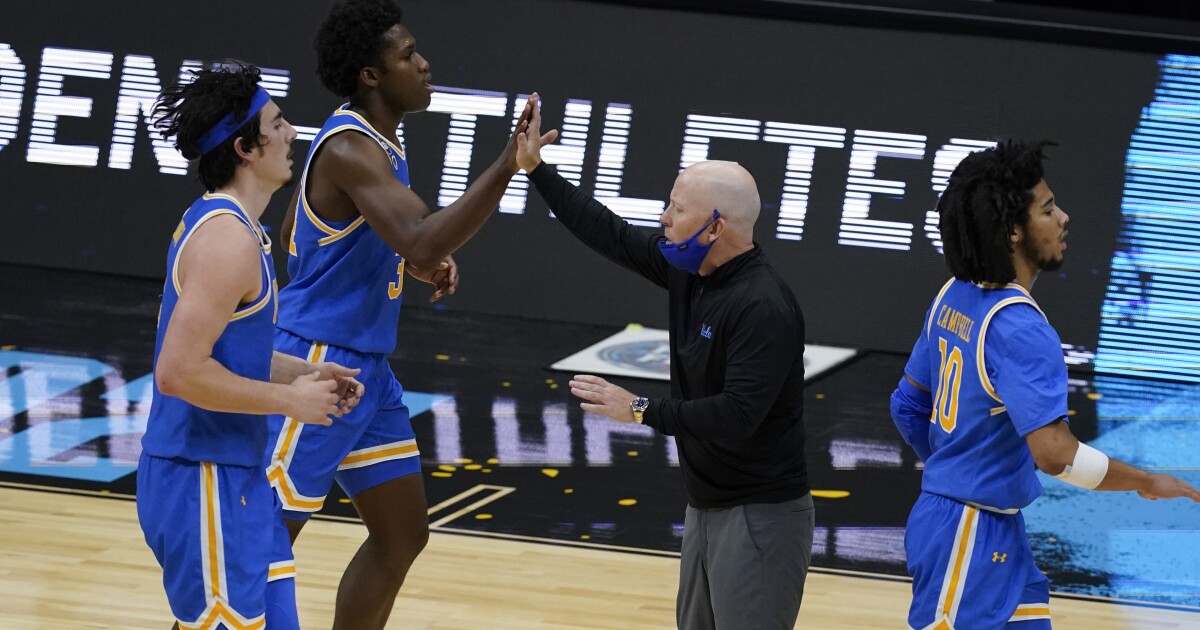 UCLA’s latest basketball commitment is big in every way.

Adem Bona, a 6-foot-9 post player from Napa’s Prolific Prep who picked the Bruins over Kentucky, will provide the team with a highly skilled big man who elevates what’s shaping up as one of the top recruiting classes in the country.

A consensus five-star player, Bona combines elite shot-blocking with power moves around the basket and a willingness to work, making him a perfect fit for coach Mick Cronin’s team.

“His motor and athleticism are elite,” McKnight said. “He’s a game-changer. He’s a player that will no doubt elevate the culture, work ethic and level of play in any program. He’s a cornerstone and just a really special player and person.”

Bona’s commitment boosts UCLA’s 2022 recruiting class to No. 3 in the Pac-12 Conference and No. 21 nationally, according to 247Sports.com. The Bruins also have commitments from Amari Bailey, a five-start guard from Chatsworth Sierra Canyon High, and Dylan Andrews, a four-star point guard who plays for Chandler (Ariz.) Compass Prep after previously starring at Windward High in Los Angeles.

Bona visited UCLA late last month, the coaching staff showing him around campus while ESPN’s “College GameDay” was broadcasting from Wilson Plaza before the Bruins’ football team played Oregon. Bona said he was hosted by UCLA guard David Singleton and has been friends with Andrews since they competed together in a camp.

Bona said he envisioned himself thriving in UCLA’s offense as a mobile big man. Cronin’s frank approach was another selling point.

“He was straightforward, showed me the way they do things down there, the way they practice and the way he tries to help guys get better every day to put them in the best situation they can possibly be,” Bona said. “That was what made me really feel like that’s going to be the deal for me.

“There were no promises about like any position or anything, but I think with my work ethic and my dedication to the game, it’s going to help me get the starting position.”

A native of Nigeria, Bona moved to Turkey as a teenager before settling in the United States a year ago to complete high school. His lifelong love of soccer took a backseat to basketball once a friend introduced him to the sport five years ago.

“I would play for fun and I kind of liked the game and liked the competitive spirit,” Bona said, “so I kind of fell in love with it and played basketball.”