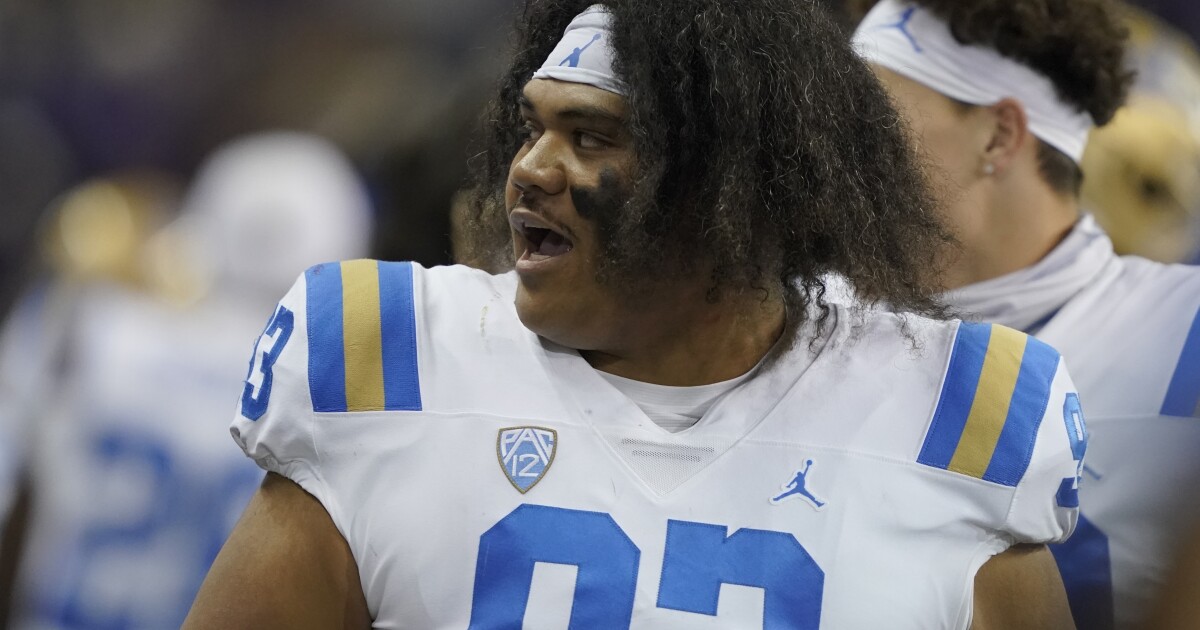 UCLA freshman defensive lineman Jay Toia continued to practice with the team Wednesday, one day after a video surfaced showing him using abusive and threatening language.

UCLA released a statement Wednesday evening from Kelly and athletic director Martin Jarmond calling Toia’s behavior “inappropriate and not in line with our values and expectations.” The school said it was taking unspecified disciplinary action and providing supplementary education for Toia.

During the 51-second video that surfaced on the internet Tuesday, Toia directs profanity toward a female student while standing in an elevator doorway, using a term that disparages her gender.

“Can we just go?” one female asks Toia.

“Oh my God,” another female in the elevator responds to the outburst.

After Toia inquires whether they are USC students, women in the elevator say they attend UC Santa Barbara.

“No, nobody’s a Trojan here,” one female student responds. “We go to UCSB.”

Toia responds with another profane threat.

Toia has played in a reserve role this season, making his only three tackles during a road win over Arizona. He initially picked USC out of Simi Valley Grace Brethren and competed in spring practice before transferring to UCLA.

Campus Mogul has officially terminated its NIL partnership with Toia and his items have been removed permanently from the site, according to Campus Mogul founder Jeff Ermann.