Tom Brady, the Rams and the ultimate NFL gamble 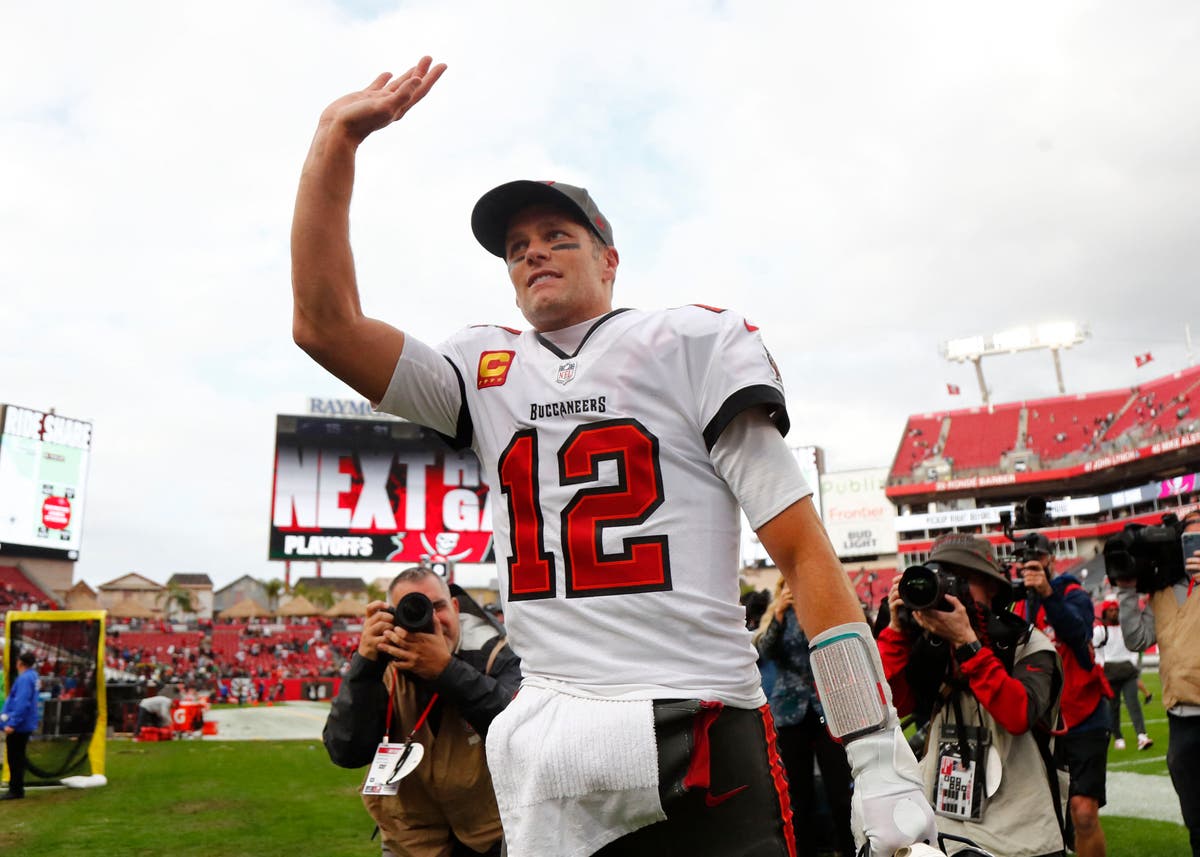 Tom Brady and the Tampa Bay Buccaneers welcome the Los Angeles Rams on Sunday for a place in the NFC Championship.

It’s a meeting between a franchise with a hubristic approach to team building and the seven-time Super Bowl champion still relentlessly chasing glory despite seemingly settling the tiresome debate over who is the greatest quarterback of all time last year.

Rams head coach Sean McVay, 35, is considerably younger than Brady, 44, but they share a philosophy in their pursuit of success.

Brady rolled the dice two years ago, severing ties with Bill Belichick and their Patriots dynasty. And the gamble paid off immediately with an improbable run of three successive road play-off victories before the merciless beatdown of Patrick Mahomes and the Chiefs.

But if Brady somewhat risked revealing who indeed warranted greater credit between himself and Belichick with his jaunt in Florida, then the Rams have consistently double downed throughout the McVay era. They are almost on an island when it comes to strategy and their willingness to snub the draft, craving star power to claw their way back to the Super Bowl three years removed from the nightmare three-point display at the hands of Brady’s Patriots.

Remarkably this shiny franchise, now equipped with a spaceship-like stadium in Inglewood, California that will host this year’s Big Dance, has not even made a first-round pick since Jared Goff in 2016 – and it won’t again until 2024. Instead we’ve seen general manager Les Snead charm his rivals, chucking a litany of picks to acquire their best talent, including two 1s each for Jalen Ramsey in 2019 and Matthew Stafford in 2021, with their last first-rounder Goff discarded in the process.

The big splashes extend to serial Pro Bowl stars in linebacker Von Miller and wide receiver Odell Beckham Jr, who appeared to be a genuine luxury addition at first, or even a power move to fend off rivals lurking like sharks following his fallout with the Cleveland Browns. Unintentionally or not though, Beckham Jr has distinguished himself as the ideal Robin to Cooper Kupp’s Batman in the receiving game down the stretch after the catastrophic injury to Robert Woods deprived McVay of one of his favourite weapons.

It is fitting therefore that McVay’s chosen one, Stafford, must go through the legendary Brady merely for a shot at the Super Bowl this year. It presents the ultimate test over whether he can tip the Rams’ glittering array of stars over the top in the way Goff couldn’t or was not trusted anymore to do.

So far the jury is out, with Brady still graded out as the second-best quarterback this season by PFF, behind Joe Burrow, and Stafford languishing in eighth, despite the explosive potential surrounding him and the creative mind of his coach.

After stomping over the Cardinals in the wildcard round, Stafford’s passing snaps were slashed from a median of 37 over the final five weeks of the regular season to just 25, which was predominantly due to the game script with Kyler Murray and co blinded under the bright lights of the football’s biggest stage. But this weekend we can expect Stafford to be burdened with a greater responsibility with the ball in his hands.

So the Rams will hope that Stafford has amnesia relating to his hideous showing at the Vikings, with three interceptions, and multiple interception games against the Ravens and Niners during that run towards the play-offs when his passing volume ballooned.

Brady, meanwhile, has problems of his own, namely through injuries and the circus surrounding Antonio Brown’s acrimonious departure. For all of Brown’s ludicrous behaviour though, the truth is that he added a sparkle to this Bucs team on the field, grading out as the sixth-best wide receiver this season, according to PFF, while Chris Godwin, succumbing to a season-ending knee injury in week 15, ranks 13th.

Should Brady overcome these losses, and possibly Tristan Wirfs, the sixth-graded tackle this year is questionable with a leg injury, then Brady’s status only rockets further. He will lean on his last stud wide receiver Mike Evans and the trustworthy Rob Gronkowski.

It’s a game that ultimately has more peril for the Rams, but both sides represent the arms that the NFL has developed into in recent years. The importance of the Vince Lombardi Trophy and its influence on the decision-making of those around the league will not be starker anywhere else than Raymond James Stadium on Sunday.