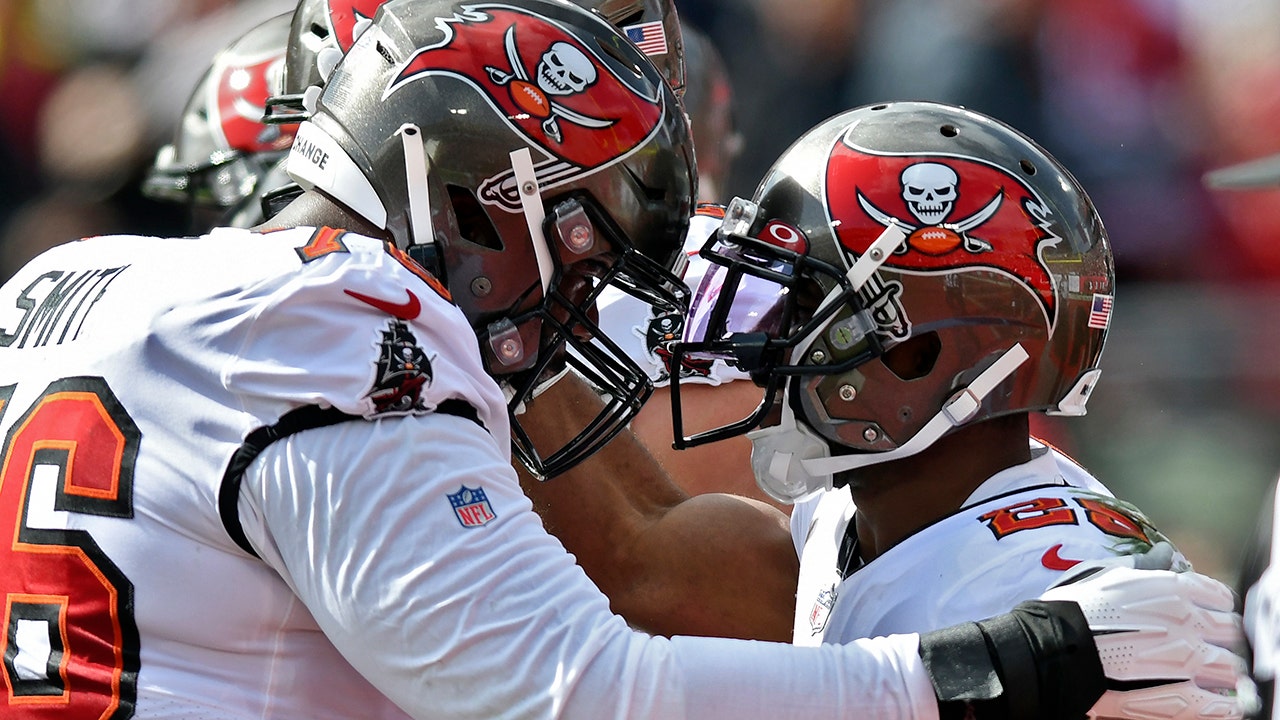 The Tampa Bay Buccaneers are one step closer to defending their Super Bowl title after dominating the Philadelphia Eagles 31-15 in Sunday’s wild-card game.

The injury-plagued Bucs didn’t miss a step with Tom Brady leading the pack. He was 29-of-37 for 271 yards and two touchdowns and gave Tampa Bay a solid 17-0 lead heading into halftime. Sunday’s victory marked Brady’s 35th playoff win and his fifth straight since joining Tampa in 2020.

“Once Tom figures you out, man, you’re in trouble,” head coach Bruce Arians said after the game. “The win didn’t even affect him at all and he was extremely accurate, on the right guys. I mean, that was a dime that he threw to Mike (Evans) for that long touchdown. Yea, he’s a surgeon, man. Once he figures you out and we can put him in a position and protect him, he’s gonna eat you up.”

As impressive as the Bucs’ offense was, their defense stonewalled second-year quarterback Jalen Hurts who managed just eight plays in the first quarter compared to Brady’s 25, for just 17 yards total.

“We ran the ball really well, line played great, receivers played great, tight ends played great,” Brady said after the game. “[We] used a lot of different people and everyone got in there, made some plays to help the team win. Defense played great, special teams was amazing. So we’re going to need it again next week. It only gets tougher from here.”

Hurts was 23-of-43 for 258 yards and one touchdown but most of his yardage was earned after a late push in the third quarter and wasn’t enough to match Brady, even with four sacks by the Eagles defense.

Philadelphia scored on Boston Scott’s 34-yard run and Hurts’ 16-yard pass to Kenneth Gainwell in the fourth quarter. A 2-point conversion helped cut the deficit to 16 but it was too little too late with just four minutes left in the game.

Tampa Bay Buccaneers running back Giovani Bernard (25) celebrates with offensive tackle Donovan Smith (76) after Bernard scored on a 2-yard touchdown run against the Philadelphia Eagles during the first half of an NFL wild-card football game Sunday, Jan. 16, 2022, in Tampa, Fla.
(AP Photo/Jason Behnken)

The Bucs head to the divisional round where they will play one of the following teams: Dallas Cowboys, Los Angeles Rams or Arizona Cardinals.