The Nelson has eluded Jordan Spieth, but that could change Sunday 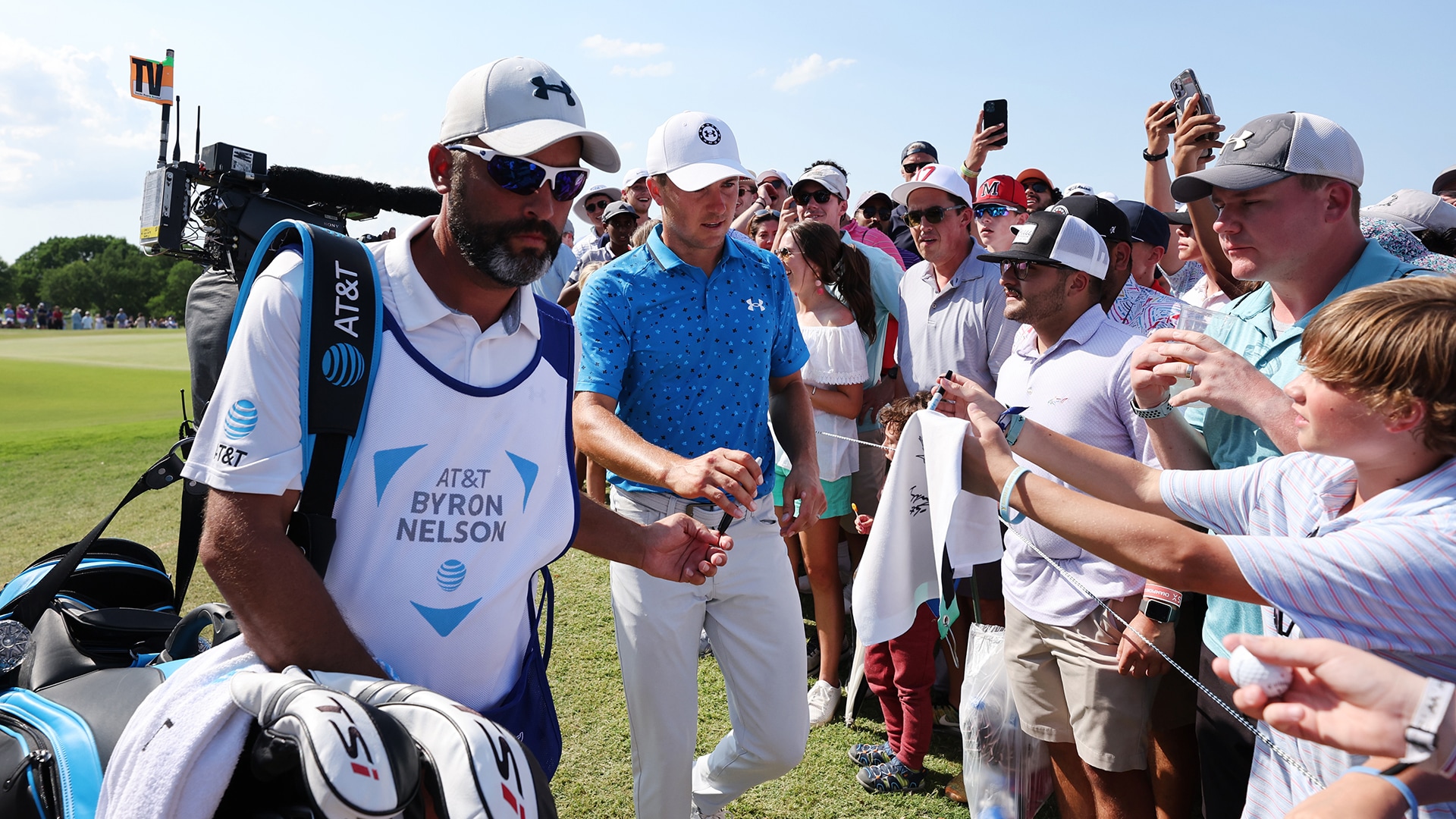 Jordan Spieth and the AT&T Byron Nelson go way back.

Spieth was barely in elementary school when his dad, Shawn, took him to his first Nelson, where a young Spieth was just as concerned with getting autographs as he was watching golf shots.

“I remember Davis Love being so nice to me,” Spieth recalled. “From then on, that kind of solidified my dream to be a professional golfer.”

Spieth’s dream has come true in a big way – three major championships among 16 worldwide victories, 26 weeks at world No. 1 and seven total Cup appearances. However, he has yet to win the hometown Nelson.

That could change Sunday after Spieth fired an 8-under 64 Saturday at TPC Craig Ranch. At 20 under, he sits just a shot off Sebastian Munoz’s lead in this low-scoring affair.

“Having a chance to win this event, this will be kind of the best chance I’ve maybe ever had going into Sunday,” Spieth said. “So, it’s really exciting, a lot of friends and family out, done a good job not putting too much pressure on myself. I just wanted to get into contention and obviously see what needs to be sharpened for next week. But there’s no better prep for a major than winning the week before.”

Spieth can obviously complete the career Grand Slam at next week’s PGA Championship at Southern Hills, but with a victory this week he can draw closer to the Texas Slam. He owns victories at Colonial (2016) and the Texas Open (2021), with wins at the Nelson, Houston Open and the WGC-Dell Match Play in Austin still eluding him.

He notched his best Nelson finish last year, opening in 63 before tying for ninth. But in his nine previous starts, he failed to crack the top 10. His low finish before last year came in 2010, when Spieth, as a 16-year-old amateur making his PGA Tour debut, tied for 16th TPC Four Seasons Resort in Irving, Texas.

Should Spieth finally break through at the Nelson on Sunday, he’ll surely need to go low. A Tour-record number of eagles (69) were made the first two days at TPC Craig Ranch, and after 54 holes, 52 players are double-digits under par, so scoring opportunities are aplenty.

As Justin Thomas said, “The course is playing very easy. … You just kind of have to just keep your head down and just keep trying to make birdies.”

Added Spieth: “You can’t take your foot off the gas out here or you get lapped.”

Spieth has proven his game, though seemingly always a work in progress, is currently capable of meeting that demand. He’s now 33 under in his last seven rounds since missing the cut at the Masters with zero rounds of 70 or higher. He won his last start, at the RBC Heritage, where he posted the clubhouse lead and watched as other contenders stumbled before taking down Patrick Cantlay in a playoff.

In Saturday’s third round, Spieth birdied eight of his first 14 holes, sparked by canning a 23-footer on the third hole, before playing his last four in even par. He’d love one more hot start in the final round of this birdie(and eagle)-fest.

“You kind of control your own destiny if you can get on top of the leaderboard with nine to go,” Spieth said.

So far, Spieth’s destiny has not included a Nelson title. But should fate change that Sunday?

Well, that’d be nicer than a Davis Love autograph.

Rangers force Game 7 as Hurricanes lose on the road again